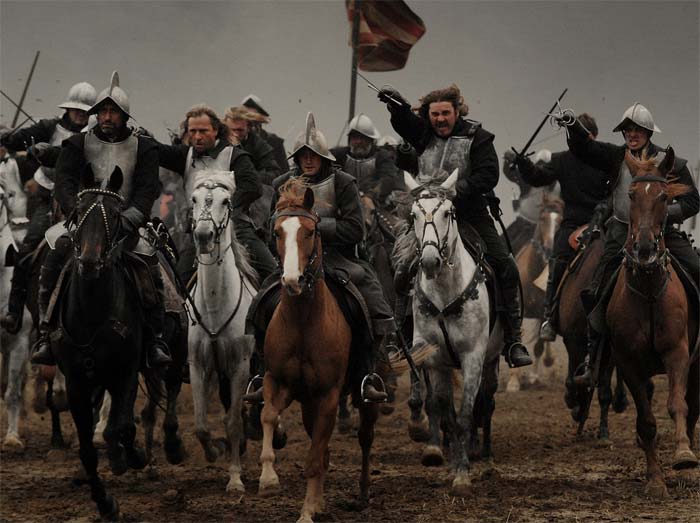 Director: Jo Baier Cast: Julien Boisselier, Joachim Krol, Hannelore Hoger, Ulrich Noethen, Armelle Deutsch, Chloé Stefani, Gabriela Maria Schmeide, Roger Casamajor, Sven Pippig, Sandra Huller Country: Germany Year: 2009 Henry Of Navarre is a historical dramatization that attempts to document the period of Henry IV's ascension to the throne and the religious wars which preceeded it. But despite the film's loftiest intentions, a weak script and an even weaker crew burden it to the point of no recovery. All of the characters in the film are just that -- characters -- and they fulfill their general beings with mind-blowing one-dimensionality. Take, for instance, Henry Of Navarre (Henry IV) himself. While generally loved throughout his reign, Henry is shown in the film as completely without fault -- a point that is accentuated by the fact that he is surrounded by a slew of ridiculously worthless characters. Those characters include Catherine de Medici, mother of the three kings prior to Henry IV. She is known in history for her ruthlessnesss, but the only quality she possesses in the film is cruelty; she might as well have been Cruella de Vil, with less style. Her youngest son, Henry III, is probably the most complex character in the film, and even he is a caricature of a helpless homosexual king who keeps eccentric company. But it's obvious that character development means little, since new characters spring up inconsequentially and main characters die off without warning. Their deaths are alluded to but never shown (not that viewers are saved from their breathily expelled "last words," however).
Share on: