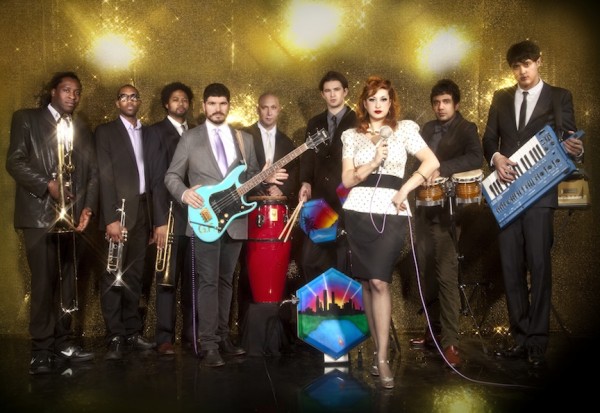 When I caught up with Midnight Magic in Portland, Oregon, it was a week after the band's original show in the city. They had originally been booked on a Halloween bash that was foiled by Mother Nature, who decided that hurricanes and cyclones should devoid Portlanders of the band's disco-funk-soul stylings. The make-up show, an Ekstasy-sponsored night co-thrown by members of indie house outfit The Miracles Club, took place at a relatively new dance club called The Rose Room -- and somehow, despite all the chaos, Midnight Magic managed to fly in with seven of their nine members. I had read a handful of pretty mundane interviews on the internet which were basically fixated on simple facts about the band and went no further. Those publications discovered that some members of Midnight Magic moved from Los Angeles to New York together and that others were session players for Hercules & Love Affair and LCD Soundsystem. All that is fine and dandy, but for a band as fiery as Midnight Magic, I felt it necessary to break the mold and get to the bottom of who they actually are as human beings. On the tip of that iceberg was a simple question about their lineup. How and why is that worth it to them to have nine members? Don't they want to make money or find traditional music-making success or whatever? 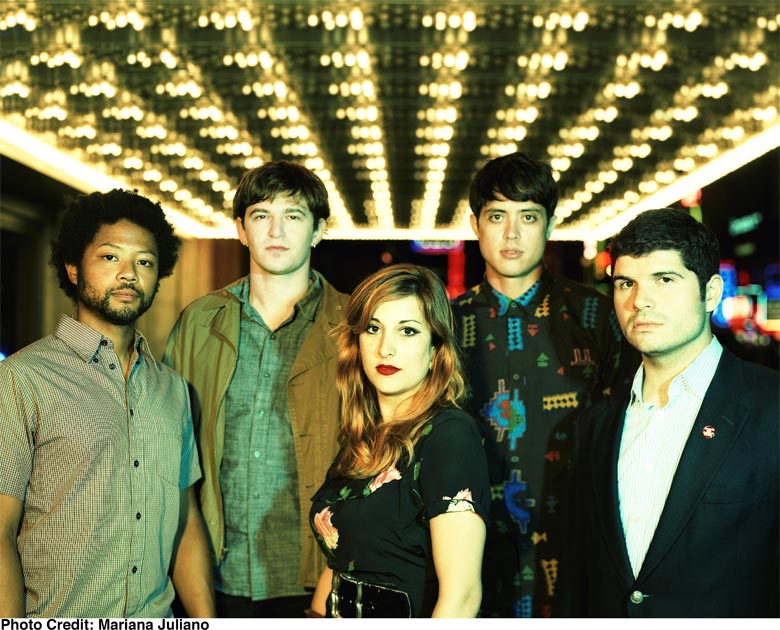 I felt that answering the aforementioned questions would by proxy answer a lot of other things about Midnight Magic's approach to music-making and life in general. And when all seven members of the band were on hand and pumped to do a group interview, the band's inclusive and playful sound was translated into tangible real life vibrance. To set the scene: the club itself was too small to house all of us, so we flowed through the emergency exit to perch in the stairwell, nearly locking ourselves out along the way. Keyboardist Morgan Wiley, the longest-limbed of the group, knelt in the center as everyone stood and sat around him. As there was no flat surface present, Wiley became the eagerly self-nominated holder of the recording apparatus, occasionally striking Backstreet Boy-type poses to make sure the microphone was within earshot of whomever was speaking. His actions were charming, to say the least -- as was the entire interview. So though I usually opt for expository feature articles on bands, this nine-way chat (with seven band members and two journalists) was too rich with laughter, teasing, tongue-in-cheek statements, and all the self-help philosophies one could possibly want (or not want) to pass up a direct transcription. Doing so would have been a disservice to both band and reader, so both of those follow in the full interview below, along with many a hippie star dust quote spoken with full authenticity.
Share on: