CMJ Music Marathon 2013 yet again saw a convergence of hundreds of bands and thousands of fans on the clubs of the Lower East Side, East Village, and Williamsburg in New York City. Coincidentally, many of the bands we were most looking forward to were female-fronted (Speedy Ortiz, Eternal Summers, Hunters), and they did not disappoint. While times have certainly progressed, female-fronted bands still have something to prove, and it was good to see several super-talented guitar players and songwriters, as well as singers and performers, show themselves to be just as good as their male counterparts. All-dude groups Caveman and Grandchildren both had solid performances that left me with a good "I-discovered-something-cool-at-CMJ" feeling as well, and electropop groups were well-represented as always, with NONONO and Porcelain Raft leading the pack.

Tuesday, October 15, 2013, Rockwood Music Hall Stage 2 Brooklyn-based Caveman clearly felt right at home at Rockwood Music Hall, and the crowd was full of devoted fans. Lead guitarist and singer Matthew Iwanusa draws comparisons to Shins' vocalist James Mercer, and the band does indeed seem to draw inspiration from them, as well as African music and experimental post-rock, utilizing harmonies, tribal drums, keyboards, and hazy guitars. I enjoyed the dreamy but catchy songs off their 2013 self-titled release, like "Shut You Down" and "Where's the Time", as well as old favorite "A Country's King of Dreams" from their first release, Coco Beware.

Tuesday, October 15, Cake Shop This was one of those CMJ experiences that is the reason you go to CMJ: to discover an amazing band you've never heard of. When I made my way downstairs at Cake Shop, I wasn't sure who was playing, but they immediately caught my attention. An ensemble of six dudes playing nearly every instrument imaginable, their melodic pop with hits of electronic and psychedelic accents make this Philadelphia-based group an interesting listen. They played several songs off their newest release, Golden Age, including "Sunrise", "End Times", and "No Way Out". 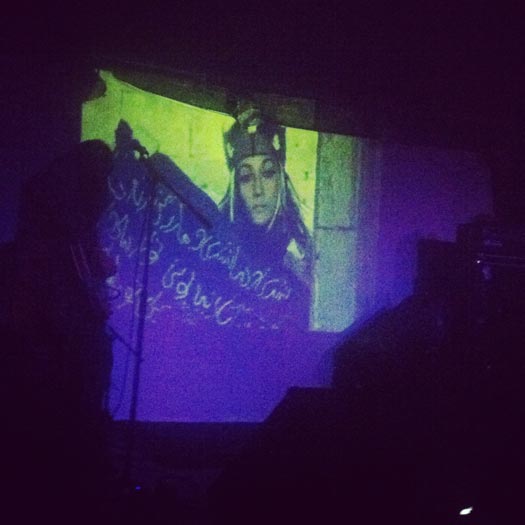 Young Magic played at Mercury Lounge, on a calm Sunday after a cool summer daze party weekend. Accompanied by a friend, I walked in as “You With Air” began, my favorite track from Melt, Young Magic’s debut full-length which was released earlier this year.  July 29th, 2012 @ Mercury Lounge, New...

The word "marathon," when applied to CMJ is quite literal; it involves a lot of running around from place to place, trying to catch every single bit of amazing music that you can soak up. Here's some of my favorites from what I was able to catch. Harper Blynn (Tuesday, 10/19, Mercury...