bass drum of death Garage rock junkies apply within. Bass Drum Of Death's pure and unabated psych rock is sure to catch some people by surprise at SXSW 2011. Their new material is far more tuneful and engaging than their original demos, making Bass Drum Of...

Morning Teleportation is certainly a band that radiates all of the positive vibes and energy of its music. With this music video for "Expanding Anyway," I'm glad the band -- young as it is -- has taken a rather old-school route. It's spastic, rather timeless, and psychedelic without being trite...

It's nice when you're a small band being taken out by a large band and given the opportunity to use the large band's ace visual equipment (see: HEALTH talking about Trent Reznor). Well, same deal applies to Portlanders Morning Teleportation, who are now on tour with The Flaming Lips. Go...

cmj music marathon picks for tuesday, october 19th das racist This hip-hop duo took the internet by force and drilled their single, “Combination Pizza Hut And Taco Bell,” into thousands (perhaps millions) of heads repeatedly, and deservedly so. Not for a long time has hip-hop sounded... 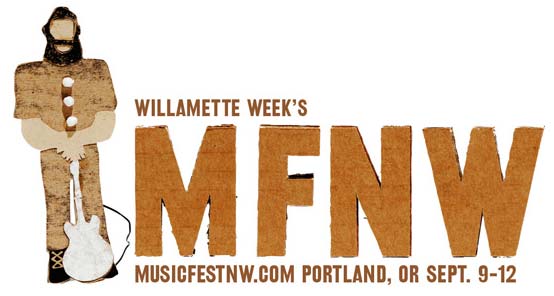 My experience at Musicfest NW this year went a little less smoothly than usual. There were decisions that needed to be made, and bands that needed to be missed because they played just slightly out of the means of timely transportation (as generally confined to by bicycle and bus). As a result, I definitely saw some shows I could have lived redwithout. Similarly, I didn't see any shows this year which I felt were particularly mind-altering (see: Om from last year) or unbelievably hilarious (see: Crom from last year), but it was a good time nonetheless. Here are my most memorable acts from the weekend.

I'd been wanting to see Morning Teleportation for a while after meeting a couple of them at Sasquatch Festival this year. They just pretty much seemed like nice, straight-forward, and positive fellows, and they proved this to be true at Hawthorne Theater. Because they were opening up for the infamously energetic Man Man, the crowd was ridiculously amped. It was one of the highest-energy rock shows I've seen in Portland, and Morning Teleportation's brand of psychedelic pop hit the sweet spot. It didn't even matter that no one seemed to know who they were despite the fact that they're Portland natives (cries of, "What band is this?" and "Does anyone know what band this is?" abounded... and it seemed like no one knew but us) or that their music is actually quite stilted and genre-hops without warning. Let's just say that there's probably a reason Morning Teleportation are opening for The Flaming Lips for a string of tour dates; they exude nothing but positive vibes and show a boatload of promise.
17 September, 2010 / 0 Comments