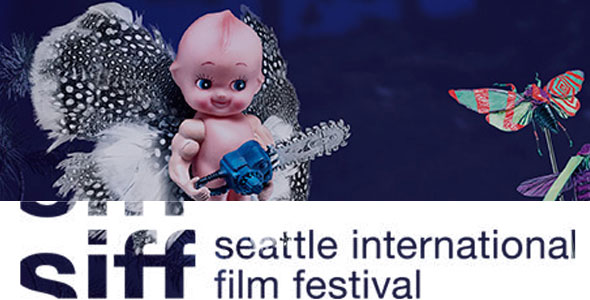 Lyonnais' music video for "A Sign From On High / Modern Calvary" may be the most spectacular piece of promotional art I've seen so far this year. Filmed in multiple locations around the globe by Land & Sea, the scenery reaches as far as the Sahara, London, and Atlanta to recall fashionable regalia and exquisite travel without any of their economic and social implications. Complementary angles and forms intersect and juxtapose to create a world of simultaneous decay and majesty -- one which Lyonnais hope is just distant enough to evade recognition. The video for "A Sign From On High / Modern Calvary" is an expansive piece of work, embodying all of the sprawling and meandering of Lyonnais' sounds with wandering figures and some of nature's finest landscapes. The adventure into this music video begins with a small sampling of stills, as chosen by by the band, followed by the video and a smattering of Q&A selections.

6:03 (The desert dumping into an equally expansive and endless sea)
"To me, it was important to separate the visual to somewhere a little less familiar and more exotic in order to convey the right feeling. There is a certain overwhelming feeling that I get when I think of the Sahara or the Gobi, a place where nothing changes. It could be 2,000 years ago or 2,000 years from now and you wouldn't know the difference. It humbles you." - Lyonnais
Share on: