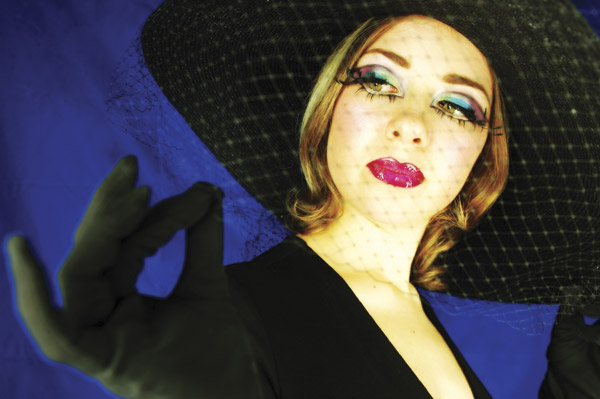 “Photography has always been about people for me.”

It’s often difficult for your average Joe to understand where photographers and artists get their ideas. What are they thinking? Where do they go? Join us as we delve inside the mind of a photographer extraordinaire and explore the most basic lessons he’s learned. 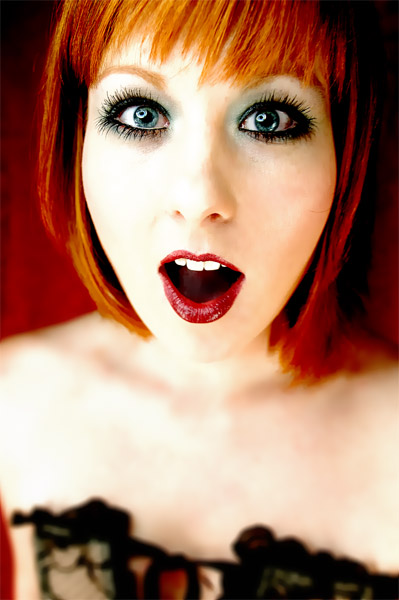 Catering To People
Photography has always been about people for me. Architecture shots must be shot in sections and then put together in Photoshop, so you have to make this fragment look good, move all the lights, and make this fragment look good. It’s tedious and kind of boring, but once you get it all together, it’s a great-looking picture. But I could do that by myself all day and feel totally empty inside. One of the best things about when I shoot is that I take a lot of pictures. On a slow day, I’ll take one of the photo shoots – like, 600 shots – and just kind of click through and remember. Then I’ll call them up and be like, “I was just looking, and it’s awesome.” I’ll find pictures that I didn’t even know existed. The first time, I’ll just go through really fast and see what pops out. I don’t even really look at them. Then I’ll just dump it into the folder. Then I’d probably have about seven photo shoots that I’m only about halfway through. I’ll get all of the photos and give them to people, but then the next photo shoot happens. I still owe the girl from the Wednesday shoot a bunch of pictures, but I just did one today. The Wednesday girl has twenty, but she’ll probably get another twenty one month from now.

Discovering Personality
My e-mail box is clogged with example pictures [from models]. I want the model’s personality in the shoot as much as possible. There’s gotta be a picture that means something to them, or something they had to stop to look at. I’m not going to rip it off, but I’m going to elaborate on that theme. This idea really speaks to what I want to do as an artist. I really want to impress people in a positive way or give them some sort of information. I’m a lazy fucking guy, but I have great ideas. I like to create something about [the models] that they’ve never seen before. With an established model, I’ll flip through a whole book and find an area that hasn’t been touched. Most of the time, anything I shoot is a little bit beyond anything they’ve shot before, because I go for colors and composition. I shoot with a super wide angle lens, and it makes people nervous, because I’m right in their face. A wide-angle lens totally distorts your head. It just makes everything weird, you know? But I love that look. It’s like the wide-angle puppy dog shot. That’s the way I see people. In my dreams, at least.

Taking Notes
I always have a piece of paper and a pen with me. I’ll see something or hear a conversation that people have, and I’ll write it down. Like – pigeons attacking a little kid – and I’ll take a bunch of pictures of little kids, and put it together with pigeons. You just see things in everyday life that contribute directly to what you can do. I have this book beside my bed that I can barely fucking read. I’ll just wake up in the middle of the night, write something down, and go back to sleep. I don’t want to lose the idea, but I don’t want to wake up either. I had a man beating me with a ruler last night.

Befriending Thrift Stores
There’s a room in my house that’s just full of garbage [that I’ve purchased from Goodwill]. I’ll find something and just be like, “I gotta have it.” For a while, I was collecting toy horses, thinking I was going to do something with a cowboy theme. Eventually, I just sold them in a garage sale, but I cut some in half and put them up on my wall. But I’ve called up my photographer friends and been like, “Hey, do you guys have a room full of stuff too?” and they’ll be like, “We have a warehouse full,” and I’ll be like, “Alright!”

Dressing Up
I insist on makeup. I don’t shoot anybody without full-blown, completely hooker-like makeup. I tend to overburn my pictures and take them really bright, so it really flushes out the skin. Some don’t dig over-processing, but it attracts me. Really dark makeup will show. If I were a woman, I’d be completely flaunting every day. I would look like Peg Bundy. If you can get away with something, why wouldn’t you put it in people’s faces?

Finding Models
The cover model, Caitlyn Love, found me on a website. There are tons. A third of the people on them are professional models, a third are really good-looking people, and as for the other third, it’s like, “What are you doing?” I don’t want to be mean, but if you’re going to be a plus-size model, you still need to have clean, great skin, and great hair. You can be whatever shape or size you want to be, but you can’t get around some things. If you have really bad skin, you’re probably not going to have a good chance. But that’s not to say that people don’t get really big zits the day of, but that’s just a little retouching. But it’s so hard to make people look good when they have really big pores and things. There are techniques you can do, like painting out everything and painting a little back. Taking it all out makes people look like plastic with eyeballs. 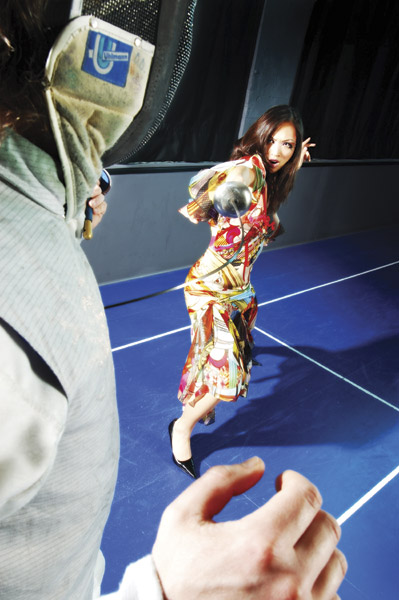 Turning It Into Something Special
Before a photo shoot, I’ll go online to Google images and look up a concept. For competition, I didn’t find anything for fencing, which made me happy. I was at Salvation Army, and there was a fencing mask there for twelve bucks. It was all coming apart and had crud coming off of it. It was gross, and I was like, “I’m totally going to do a fencing shoot.” I pictured [the cover] shot four months before I shot it. I said, “I got the mask. I just need the foil.” I was waiting for the perfect opportunity. When you said, “competition,” I just was like, ding! I didn’t use the mask, though; it’s sitting at home on my mannequin.

I went on Craigslist, said I needed fencing gear, and got a bunch of responses with people saying they had whole outfits. Someone mentioned a fencing studio in Seattle. I said, “I gotta have that.” I could do this at this guy’s house where I have no control, or I could do it in the studio. I contacted the studio and sent them some pictures and ideas. They were totally into it. I’m shooting some facility or tournament shots for them in exchange, which I’m totally down with. There are so many times where I get into something that I need to shoot, and there’s a whole subculture with rules and regulations. The fencing – I don’t understand shit. You poke somebody. That’s your job. But there are ranges, and ways of doing it, and things you have to do to score points. [So I’m being described] all this stuff, and it’s like watching hockey; it’s so fast, and you have no idea what the hell is going on.