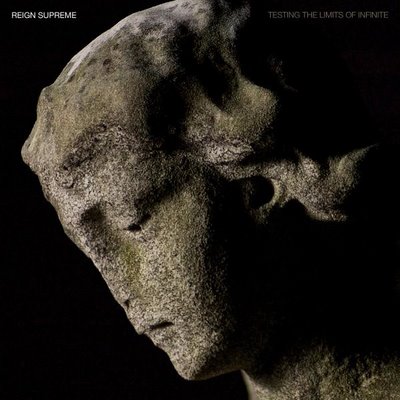 The world of hardcore now seems to be dividing into a couple of different camps that can largely be identified by whatever record label is releasing an album. In the case of Reign Supreme’s debut, Testing the Limits of Infinity, Deathwish Inc is all that needs to be noted. The record label itself tells the tale of Reign Supreme’s metallic take on hardcore, gang vocals galore, anthem vocals, bone-crunching double bass kicks, and steamrolling riffs.

Featuring a former member of Blacklisted on vocals, Reign Supreme might be the tightest ass-kicking force in hardcore since Terror started to make the brand of hardcore popular again. There is nothing new here, and lyrics consist of tales of lonesome, solidarity, and the truth that you find in yourself during these times. Music consists of a breakdown, followed by a more intense mosh riff, followed by an even more destructive breakdown.

So, it may be a bit generic. But then again, hardcore isn’t exactly the most daring genre of music. Reign Supreme, like Terror or Integrity, use hardcore to get the message across as violently and brutally heavy as possible. The band does it well, though. Testing the Limits of Infinity isn’t trying to be anything more than a blasting hardcore album, but it does that well. The vocals are tight, the music even tighter, and the breakdowns are like eating wine glasses for dinner –- just plain hardcore. There is nothing wrong with that.

Sadly though, in the end, despite how good it may be, Reign Supreme is a band that will fall out of your rotation pretty fast. There just isn’t much to distinguish it from its peers, yet. Nonetheless, a very solid debut.