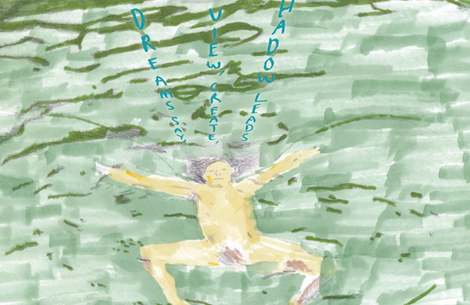 On recording, I absolutely adore Beach House, but every time I see them in a live setting, I find myself disappointed by the lack of emotional output and dynamism from husky-voiced lead singer Victoria Legrand. Her performances always feel disingenuous to me, and seem to perpetuate a vapid and shallow sense of drama that may look beautiful — in fact, an intense light display setup heightened that sense this evening at Roseland Theatre — but holds no lasting value beneath its surface.

So though I had initially been more excited to give Beach House a chance to redeem themselves, it was show opener and Ponytail member Dustin Wong who actually delivered. He was eye-catching the old-fashioned way: by sheer feat of artistry alone.

Equipped with an array of loop and effects pedals, Wong built a sonic empire out of singular elements in no time at all. Whether the elements were rapidly finger-picked guitar notes manipulated to sound like synth lines, simple strumming, or pounding bass frequencies, he stacked layer upon layer only to suck it all away suddenly. In the sonic equivalent of pushing a “stop all” button without warning, he killed all sound to begin again from scratch, without pause.

Wong’s loop-heavy music is completely enveloping at its most intense moments, picturesque like angelic halos circling around one’s head or busy like a chattering mass migration of dolphins. When he finally let loose to sing above his patchwork of musical insanity, Wong did so atonally and percussively, with inhales and exhales rather than traditional melodies. The carnal sounds paired well with his instrumental mastery and seemed to hold tension between machine-driven control and an animalistic lack of control; Wong was an artist in full command of his output, even if his output seemed off-the-wall bonkers at times.

When his set was over and the venue’s music came on, one young girl behind me incredulously stated that, “No one who is a fan of Beach House would listen to this music” — not knowing that the music she was referring to was none other than Nirvana. Based on the wide-eyed stares all around me, I can only imagine that for many fans of the sold-out Beach House show, Wong’s creations were either mind-blowing or mind-numbing, but definitely an expansive experience out of their usual repertoire.

PS: By lucky chance, Dustin Wong scored one of my dreams earlier this year as a part of his dream-scoring project. You can hear it below and see the remainder on his SoundCloud.