Vee Hua 華婷婷2 min readNovember 9, 2012Add comment
Bleep is a column focusing on varying degrees of electronic music news, videos and MP3s. In this post, Kitsune shows off disco house singles from Gigamesh and Plastic Plates, and we quickly look at the John Talabot and Pional collaborations from earlier this year.

In “Don’t Stop”, featuring Jana Nyberg, American producer Gigamesh pairs lyrics about speediness and constantly being on the run with a retro-futuristic video featuring some truly explosive footage from Death Race 2000. Centered around sex, hip architecture, and race tracks, the video manages to montage a fully sexy portrait of forward-thinking disco music.

His latest EP release, All My Life, has just been released on Kitsune, and another track of the same title features collaged clips of Logan’s Run. You can also hear the “Dream On” HERE. 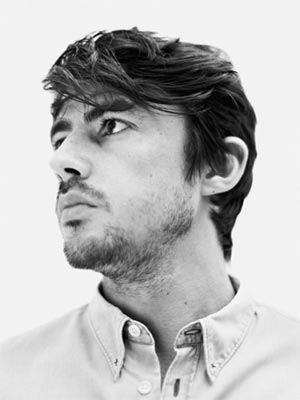 Los Angeles by-way-of Australia producer Plastic Plates has recently released his Things I Didn’t Know EP via Kitsune. Of the three track album, which also contains “Toys” and “More Than Love”, “Things I Didn’t Know I Loved” is by far the weakest, in my opinion. The other two, vocal-free, are much more compelling. They’re unfortunately not available for streaming, so this electronic clap-filled minimix will just have to do for now. Scope out the others if this tickles your fancy at all, for mini this really is, at just a bit over two minutes.

These tracks have been out for quite some time, but I didn’t want to miss a long overdue opportunity to share Spanish producer John Talabot’s collaboration with vocalist Pional. “Destiny” is a gem is practically begging to be played on repeat, though “Brave” has run bigger on the internet circuit. Might I also add that “Brave” is the theme song for the Divina Pastora Marathon in Spain? Indeed.