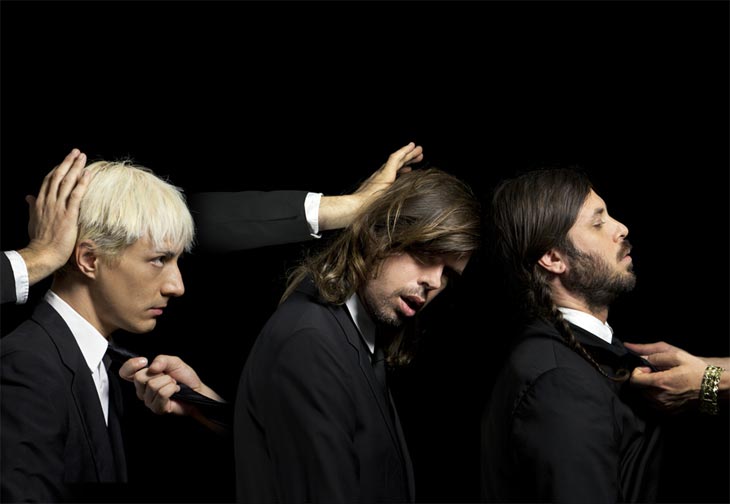 Liars “No.1 Against The Rush” and “Brats” Music Videos, WIXIW News

Vee Hua 華婷婷4 min readAugust 8, 2012Add comment
Liars further the weirdness of their new record, WIXIW, with this insanely bizarre — even for them — music video for “Brats”. Animated by Ian Cheng, this is 3-D animation at some of its most crass; Elmer Fudd (?), Bugs Bunny (?), and a dumb dog rave to Liars’ house beats while humping one another and bumping into Liars themselves. My favorite parts come towards the end, when Bugs (?) seems to be humping just about everything in sight and does backwards and forwards somersaults atop Elmer (?) like a gymnast on crack (!)! Equally good is when Liars start getting down themselves. Spasms and rag doll effects galore! This is disturbing genius! Below the jump, you will find further WIXIW news, album trailers, and the dark music video for “No.1 Against The Rush”, directed by Todd Cole.

See Our Interview With Liars About WIXIW

Liars’ new record, WIXIW, wil be released on Mute on June 5th, 2012! Nobody knows how to pronounce it (!), but Liars do know how to embed the unpronounceable word (?) into all sorts of places and mediums, like street artists on crack. 2012 tour dates for WIXIW at the bottom of this post.

See Our Interview With Liars About WIXIW

The video for “No. 1 Against The Rush,” directed by Todd Cole, is a dark and funky momma. And Angus Andrew is really tall. 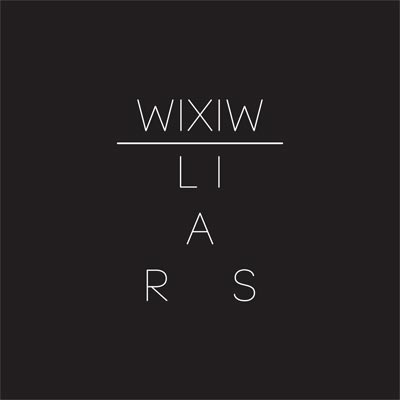 As for the new single, “No. 1 Against The Rush” which comes out May 29th… uhhhhhhhhh. “Wow” might be the operative word. You can stream it for yourself now, on their Facebook page, to determine if that is a fitting description. 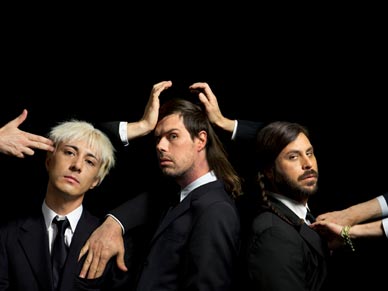 As always, it’s likely their new record will be confusing, epic, unpredictable, and influential. Similar to their retreat into the New Jersey woods for They Were Wrong, So We Drowned, Liars collaboratively wrote the new album in an isolated mountain cabin.

Liars last record, Sisterworld, explored the different worlds individuals create under the superficial facade of Los Angeles. They Were Wrong, So We Drowned was a concept record about witch trials, and Drum’s Not Dead came with an impressive visual aid.

We eagerly await further details about Liars upcoming release, with only small hints to help in piecing together what to come. Most ostentatious yet simultaneously confounding of these hints are a series of videos Liars have posted to their Tumblr, many of which seem to focus on inanimate objects — some of which become animated, seemingly without the help of human intervention.

See our two-part interview with Liars