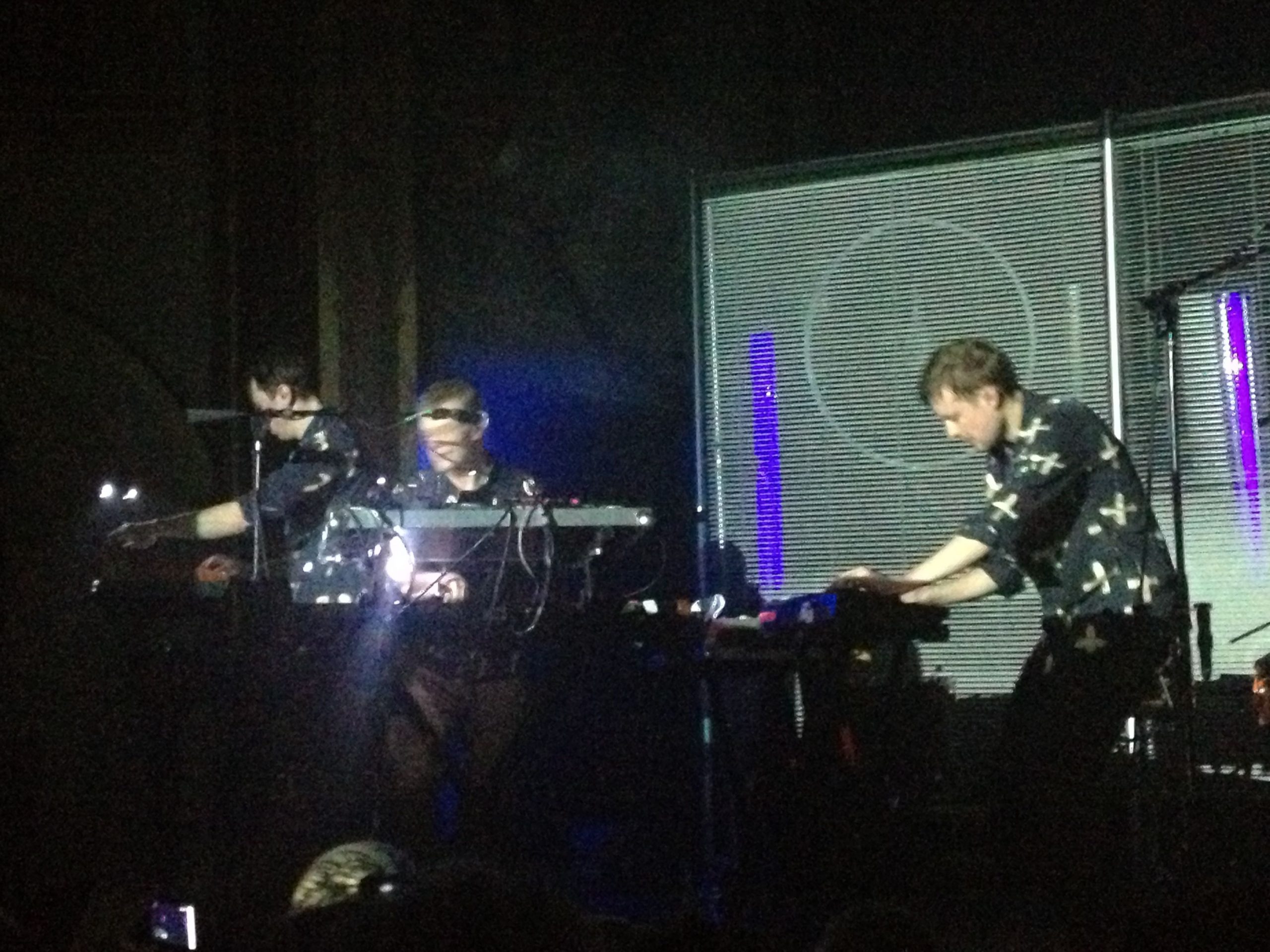 Peter Woodburn3 min readMarch 22, 2013Add comment
This might come off as a bit fanboyish — but Django Django is the best band you probably haven’t seen live yet.I’ve made no secret about my love for the quartet from the English isles, and a cancellation on their performance at Iceland Airwaves only furthered my anticipation. Like everyone else in the Neptune Theater on a rainy Tuesday evening in Seattle, I eagerly waited and waited for Django Django’s jangly take on psych-electronic influenced rock — a wait which first began since KEXP started blasting “Default” nearly 15 months ago.

Django Django chose Minneapolis-based Night Moves, fresh off of a whole lot of good press for the brand new band. The quartet, using a little bit of odd samples and pre-recorded instrumentation, looked like veterans for the crowd, channeling their inner-Portugal. The Man as they delivered a psych-rock set that would make any Deadhead proud. The band, however, isn’t prone to senseless noodling; they kept their set nice and tight for an opener, and sounded much more polished than you would expect.

Django Django is a band that has released only one full-length album, but it has come to garner much critical acclaim. Featuring a member whose brother is in the much loved Beta Band, Django Django’s live show was in an odd spot for me, and a lot of people around me. Everything about their self-titled debut is so good, so hyped, that all they had to do was play the songs well and it would’ve been a good night.

The band did that, and then just blew it out of the water. Every one of their songs got a little bit of an extension, partly to fill the time considering their limited catalog, and partly because, well, they almost sound better that way. Guitarist and vocalist Vincent Neff was absolutely genuine in his thanks to everyone, showing off a level of sincerity that sometimes seems lost in musicians. The band rifled through the entire album and didn’t really leave too much up to the imagination as they closed out with “Wor” — but they were met to a roar of approval because that was the only song left to play.

If there was one takeaway from the show, it was the chatter stemming from the crowd as they slowly filed back out into the miserable Seattle cold: Django Django wasn’t just good; they were great. And even beyond great, for some people.