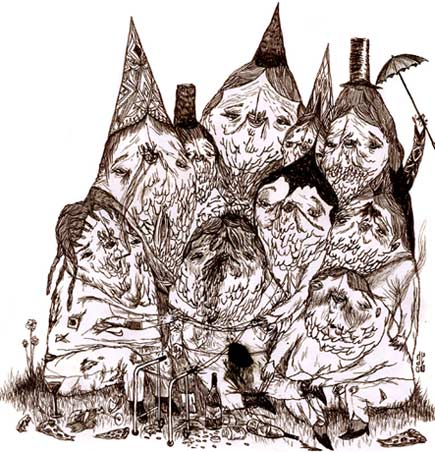 If art is an extension of one's character, Seattle-based artist hydEON (Ian Ferguson) is a prime example of this statement come to life. In all aspects of his art, from its style and influences to the materials it's created with, Ferguson's pieces are rich, filled with geometric patterns and strange little characters, all of which match his slightly eccentric personality. And perhaps it is because Ferguson draws inspiration from images as old as the Renaissance, Druid civilizations, and the 1200s, but as opposed to being thoughtless, crude illustrations, his works are detailed renderings reminiscent of old woodblock prints. There are hints of symbolism in them, which remind one vaguely of alchemic days long gone. But Ferguson even draws inspiration from the more recent past. For when he isn't creating art -- or making music, for that matter -- he works at the Lifelong AIDS Alliance thrift store, which is a non-profit thrift store benefiting an AIDS prevention and support organization. It's an occupation that might not sound glorious to some, but it serves to give Ferguson a steady stream of ideas. "I almost feel like I can make use of just about everything from there," explains Ferguson. "I've been really getting into old photos from the turn of the century -- the '20s and the '30s -- and if I can, even older than that. I've found some really old thrift store photos [and] artwork... and I like to go over them. I've been really big into transforming [and] remixing art, basically." Surprisingly, Ferguson used to work on the complete opposite end of the spectrum. As a former graphic designer who created everything from business cards to flyers, Ferguson gave up the design lifestyle to pursue art that seems to run in his family. With a mother who is an artist and art teacher, an uncle who is a photographer, and a grandfather who was a multi-disciplinary artist, Ferguson decided he'd follow suit and concentrate more on fine art than digital art. INTERVIEW CONTINUES BELOW 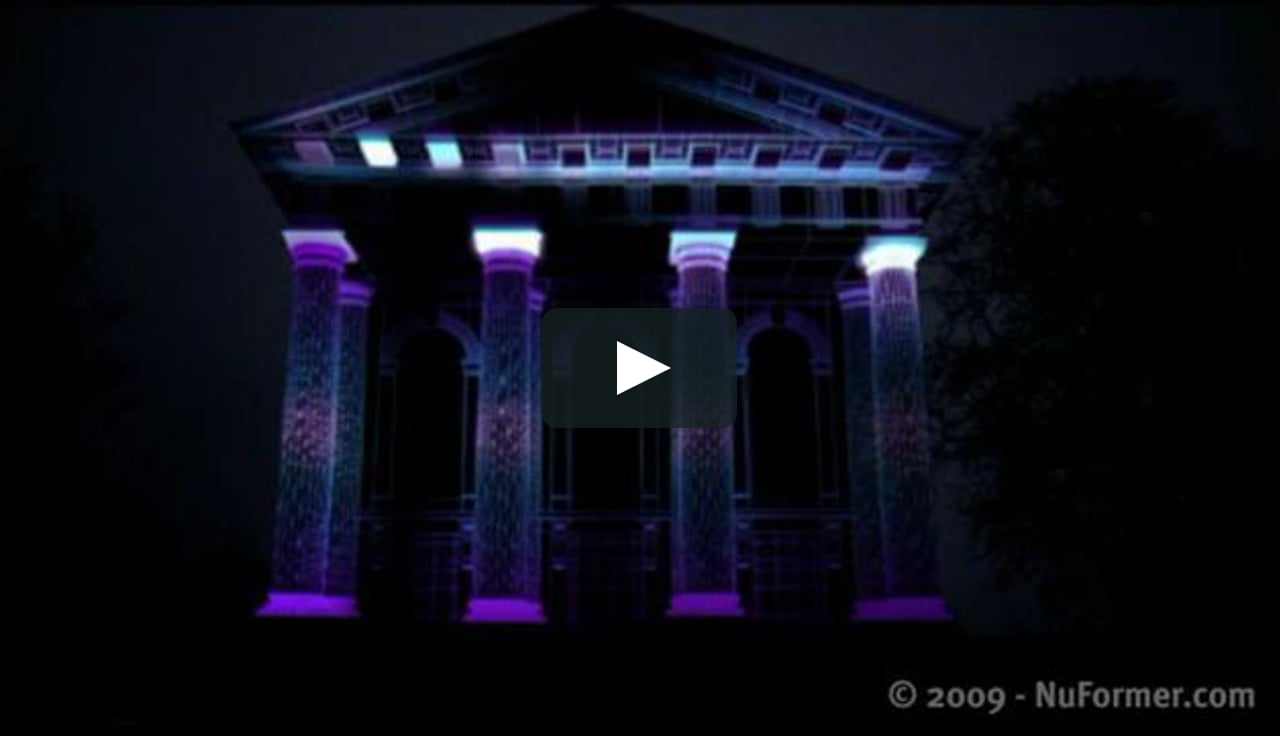 NuFormer - 3D Video Mapping Projection on Buildings from NuFormer on Vimeo. Nuformer, a Dutch multimedia agency, has come out with an interesting video showcasing images projected onto building facades to create the illusion of random events happening, from buildings crumpling to bouncy balls falling from rooftops. An interesting watch, and...