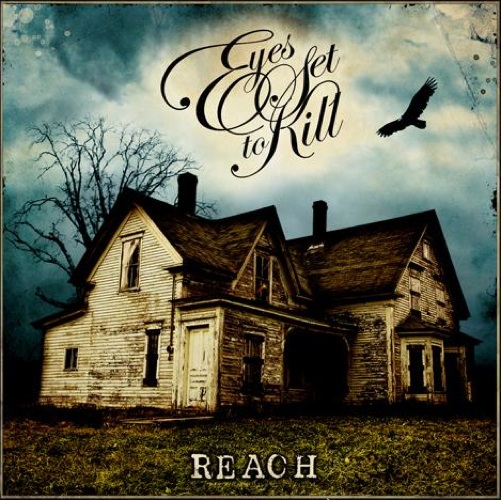 Eyes Set to Kill have popped up on my radar several times as they have been the new “it” band, hopping from tour to tour over the passed year with acts of various rock genres. In their most recent release, Reach, this Tempe, Arizona band is a post-hardcore/indie copulation that is subtly unique in comparison to other bands of its’ genre.

With high lead female vocals from Alexia Rodriguez and medium to low screams from keyboardist Brandon Anderson, ESTK establish an interesting and complimentary dual vocalization that I find to be quite artistic. For those of you who can appreciate screaming, the contradicting pitches in sounds are an unusual and appealing combination that can tie in both pop punk fans of female bands like Paramore as well as fans of harder rock styles such as Silverstein.

Song structures tend to vary from song to song, but Reach generally consists of poppy guitar rifts mixed with heavy bass and bass petals slewing together several levels of emotional rock. Lyrically, I find that many of the choruses in the tracks are focused around cliché statements, but cliché largely means catchy. Without being overly analytical, this combination is probably one of the most intelligent marketing mixes signed to-date, as Eyes Set To Kill are basically able to tour with nearly every reputable band in their genre.

This LP opens with a dark and pretty instrumental intro and is quickly followed by catchy tracks such as “Reach” that reminds me of older Spitalfield, and “Darling” that jumps back off the pop-punk wagon and reminds you that they have a hardcore edge. There are also tracks like “Young Blood Spills Tonight” and “Give You My All” that showcase the phenomenal vocal abilities and the range of Rodriguez. Eyes Set to Kill are currently in the studio working on their next LP set to hit stores mid-2009. I recommend researching them now as a take-off is sure to come.