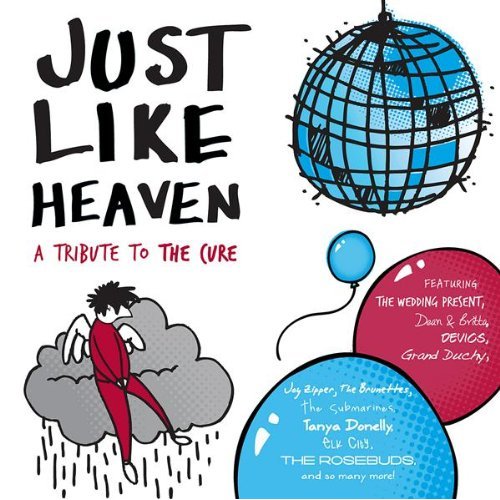 I’m rather weary of tribute compilations. For the most part, they tend to be stale, and the covers rarely outshine its source material. Take, for example, Rock Music: A Tribute to Weezer, a compilation that gathers several pop-punk and hardcore bands and invites them to pay tribute to Weezer by having the likes of Midtown ruin a great song like “Suzanne.”

The Cure gets this treatment from a wide array of mid-tempo indie rock bands for Just Like Heaven. The title track and one of the band’s most well-known singles (as well as a terrible movie with Reese Witherspoon) is probably the best song on this disc, as Joy Zipper’s cute translation of the tune is the comp’s biggest success.

Another great song on this record is “High,” done by a recently reunited Wedding Present, a band whose brand of Brit-Pop has inspired the likes of contemporary mope rockers like Jimmy Eat World.

But there are a few missteps on this record like the Kitty Karlyle’s karaoke version of “In Between Days” and Cassettes Won’t Listen’s dance take of “Let’s Go to Bed.”

Yet for the most part, many of the songs stay in familiar territory and don’t really stray from the original versions, so there aren’t problematic tracks (like 311’s cover of “Lovesong” from the “50 First Dates” soundtrack).

If anything, this compilation is pretty safe and at the very least, it will resuscitate your interest in Robert Smith and gang.