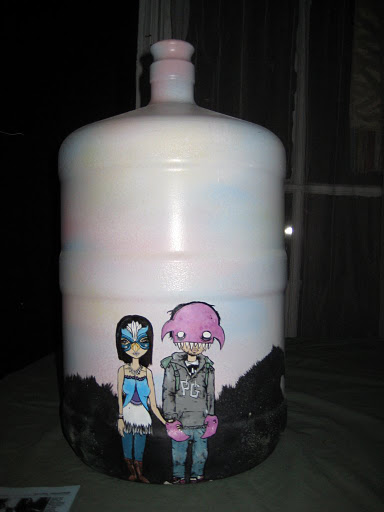 After going to the THAW Fashion Show in Seattle’s SoDo district this evening and being slightly disappointed, I headed on over to Pioneer Square to the 619 Building. The ever fun 619 Building.

CARRY5 SHOW
First off, to the 5th floor to the Carry5 show, which took place in my buddy Jen’s space. Carry5 is dedicated to helping people across the world gain access to clean water. For this show, artists were invited to decorate their own water jugs. PGEE! Not sure why he gets a white water jug, but that is pretty much a good deal. 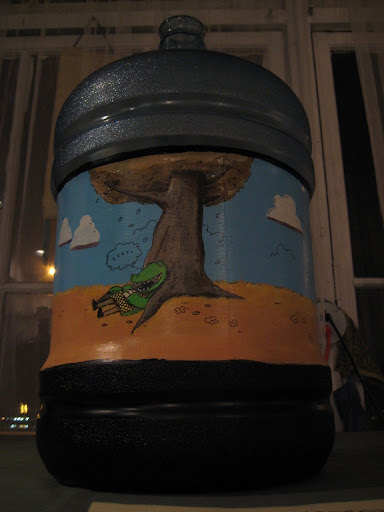 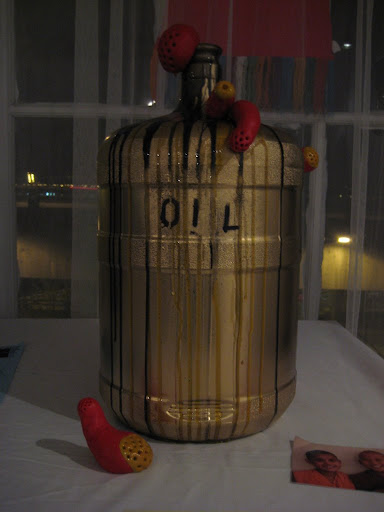 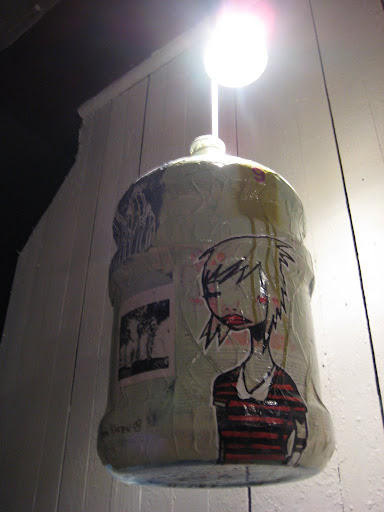 Aaron Kraten is a Los Angeles artist who we love here at REDEFINE.

What else have we got in the 619 Building? 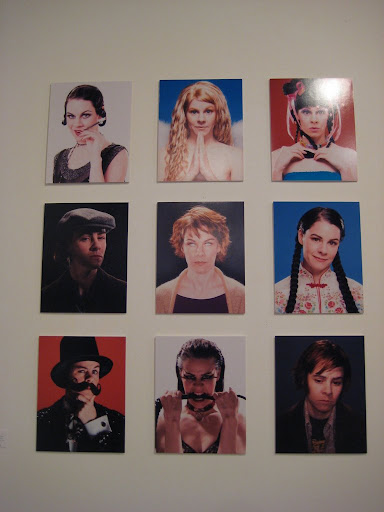 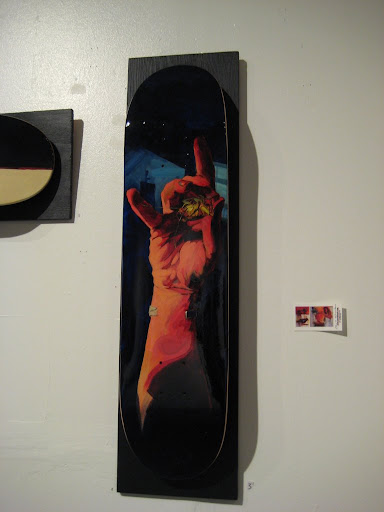 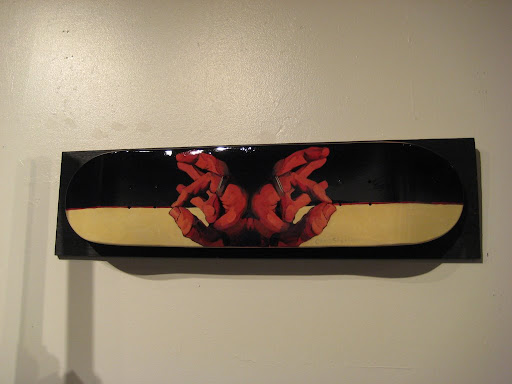 Weston Jandacka, photographer and mixed media artist. Solo show called “Within Your Blinking Eye” in the 619 Building, at the Blank Space Gallery. He had many pieces from his Literary Series, which featured a lot of paper collage and paint and old quotes from people like Ralph Waldo Emerson. But personally, I liked his photography best. You can see some samples on his website. Just click on his name. Kim Lavarello. Drapes are one of the first things you learn to do in art class, but this piece seems to rehash the age old idea. It comes from a series of similar works by Kim Lavarello, and it quite simply captures both emotion and movement quite excellently. 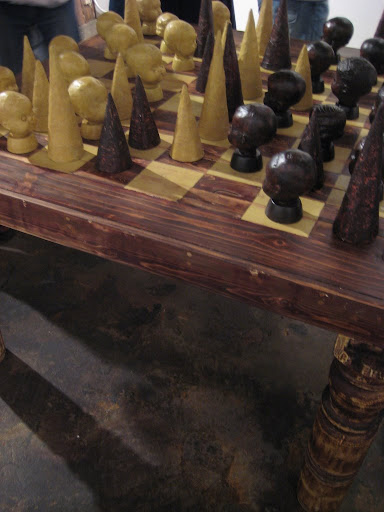 Robin Harlow is a local mixed media artist from Seattle. She previously had some collage pieces up at Canvas as well, but those were not quite as impressive; they felt a bit incomplete, to say the least. This 3D chess board made out of painted baby doll heads is definitely worth a mention. It’s creepy and leaves people chatting about which kind of baby head is what kind of chess piece. Is there a correlation? Not a freaking clue. Margot Lovinger. Second time seeing these pieces at the Canvas Gallery, and they are just as striking the second time as they were the first time. Initially, this piece might just look like some topless chick having the time of her life. But there’s more. IT’S TEXTILE. It is absolutely mind-boggling in real life when you consider how long this must take her. And what does she do to create this? View this detail photo and a pic from her website: “I begin with a cotton canvas base, to which all the successive layers are sewn. The first layers are usually cottons and silks. In these early layers, I rough out the composition and establish the major shapes and colors of the work. Next, the subtle modulation of color and tone are achieved by the layering of sheer fabrics, such as tulle, netting, organza and chiffon. Each successive layer changes the hue of the layers beneath it, much the way a transparent color wash changes the layers underneath it in watercolor painting. Stitching in cotton, silk, or rayon thread or embroidery floss is added to create texture and define shapes. Finally, each piece is stretched over a wooden frame.” – Margot Lovinger

mr aaron kraten sent me a link to your blog with the water jug pics. just wanted to say hi, and that if you wanna see more images of Norm the Alligator and his friends hit up my site http://www.wonderingart.com and my blog keithnoordzy.blogspot.com