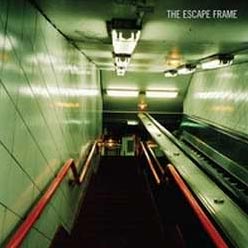 For fans of synthy pop-punk, The Escape Frame is immediately likeable. For me, the aforementioned subgenre is only likeable in small doses. Strangely, however, something about The Escape Frame rubbed me the right way right off the bat. Their sound is admittedly at times rudimentary, but it’s pleasurable in exactly a non-threatening way. Their vocals are soothingly colorful, and their sounds are absolutely enrapturing. In fact, I found myself listening to it dozens of times in a row without ever really growing tired of it.

But after the album played through over and over again, I came to a bizarre realization: the reason I can endlessly listen to The Escape Frame is because, while their music is solid — and much better than that of most of their competition, it is solid in a vapid way.

Ultimately, their hooks and melodies are only memorable for the short time after listening to their music. After numerous days, however, but the album somehow magically disappears from memory, with even fifty logged play-throughs doing very little to spurn at-home sing-a-long sessions.

It’s a strange predicament, really, and it raises questions. Perhaps The Escape Frame’s problem of being enjoyable but unmemorable can be remedied with the representation of emotions other than “happy-go-lucky,” even if that’s obviously what they excel at. The Escape Frame simply seems like they could handle more than fitting into one pop mold, and hopefully, they’ll be able to reach the full potential of what they really can be.