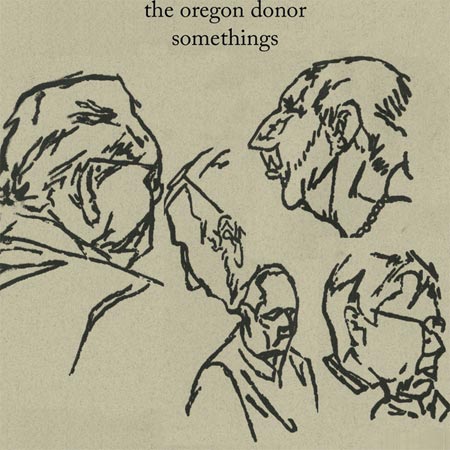 Indie-prog rock has never actually been particularly “cool.” It has never been hip or in style, and it has always attracted a mostly male audience. And you know what makes an indie-prog band even less cool? Naming the first track on your record “3rd Lvl Wizard.”

Regardless of what class of nerdy they reside in (or regardless if they are trying to be cool), however, The Oregon Donor has crafted a sound that they prefer to call “indie punk,” mixing in the more typical prog elements with a modern twist. These boys, who misleadingly reside in Washington state, have clearly spent a lot of time working on their music in between rounds of D&D. Their sound harkens back to early Dischord artists like Faraquet, and the art-punk is influence evident in tracks like “Pointer Finger” and “Patience Please.” Keeping this sort of sound alive is admirable, and The Oregon Donor’s take on it is informed. They clearly have respect for the DIY ethics of that particular scene and have created a buzz the way it was done back in the day: by touring their asses off.

The album picks up speed at “Story,” which has a repetitive but catchy theme for listeners to latch onto. The influence of classic prog masters is evident here, as well as that of newer “heroes” such as Karate and fellow Washingtonians, Modest Mouse. What could use work are the vocals, which — while passable — fail to stand out against the driving guitar work. The lyrical part of this album slips by unnoticed compared to the stellar instrumentals.

The band manages to mix it up on the more lo-fi track, “The Crusade.” This track is where comparisons to Guided by Voices and The Dismemberment Plan make sense. With a few instrumental numbers and some big buildups on “Conquistadores,” the album has consistent balance. The epic, bi-polar ten minute long “Patient Prayer” provides a summary of The Oregon Donor’s sound. It provides excellent closure for the record, which clearly is a labor of love, filled with passion and emotion. This debut, as “nerdy” as it sounds, proves that The Oregon Donor have all the necessary ingredients to succeed in their genre and beyond.