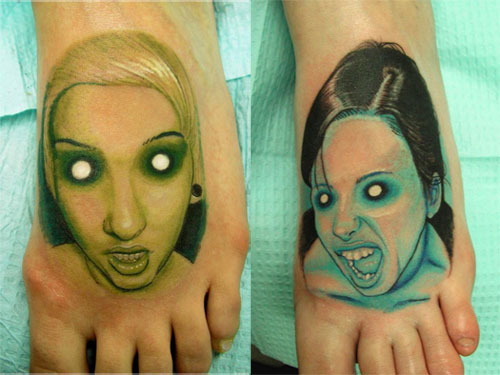 Catch An Ego At Gems I’ve had my eyes on Ego for a while, because he is, quite simply, one of the most talented street artists in the Seattle art scene.

Images of skulls have certainly made a resurgence in the past couple years, but they are generally rendered for juveniles, mallrats, and those who find it hard to believe that punk is dead. Ego, who doubles as a tattoo artist at Emerald City Tattoo, has the ability to take dark elements, like skulls, and transform them into a hybrid between the juvenile and the hyperreal. And although his works are largely black and white, he has the remarkable ability of upping the quality of any collaboration he works on, earning not only the respect of passerbyers, but of his fellow artists in the Seattle scene as well.