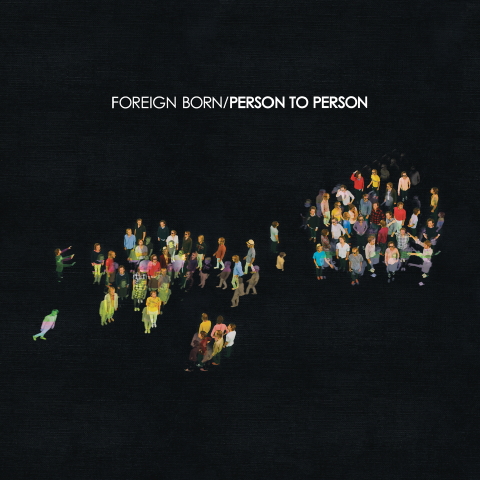 When it comes to pop music, bands can try to “defy convention” in a myriad of ways. Some reach for far off musical influences, seeking to add some contrived spice to their normally pedestrian songwriting. Some try to create jarring textures that say to the listener, “Hey! I really hate music. You should too.” Some play in the nude. Few and far between are the bands that actually seem to enjoy the musical influences they reference. It’s easy to mistake pretentiousness for genuine open-mindedness.

LA’s Foreign Born approach their brand of rhythmic pop with a fresh and open mind, concocting an interesting brew of folk, rock, shoegaze, and afrobeat on their latest full-length, Person to Person. Kind of like a mix between Doves and Vampire Weekend, Foreign Born’s trademark sound is a dense, intricately-produced rock sound infused with a heavy dose of rhythmic drumming and guitar work ala Talking Heads and Paul Simon.

The only area that Person to Person falters in is its tracklisting. The album (pardon my French) blows its load early and slows down to a crawl before ending. “Wait in this Chair” is not a bad song by any means, but is much too sluggish to be the closer, considering the boundless energy of the first half of the album. A better choice would have been to close with the bright and sunny “Early Warnings;” its playful guitars and ooh-aah choral inflections would have ended Person to Person on a high note. Songs like “Blood Oranges” and “Vacationing People” serve as much better indicators of the band’s potential than the somewhat by-the-numbers rocker “See Us Home.”

Person to Person‘s success comes from Foreign Born being able to take simple ingredients and mix them into something interesting and addictive. The album dulls a little when they let off the pedal, but for the most part, it’s a thrilling ride.