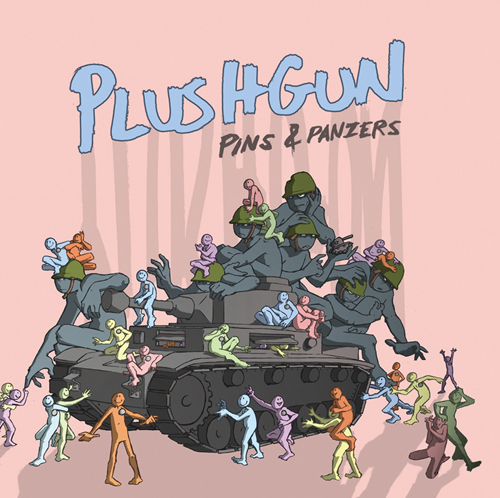 Thanks to bands like the Postal Service, synth-pop has steadily been creeping back into peoples’ CD players (do people still use those?), and Plushgun is another band among the many that are taking cues from the likes of New Order and putting a contemporary twist on them.

Plushgun’s new full-length, Pins and Panzers, is more akin to Hellogoodbye than any of the other bands rocking this kind of pop music. There’s very little that’s particularly captivating about Plushgun. Even their “fuck you suburbia” anthem, “How We Roll,” is a bit on the trite side, despite its clever lyrics.

Safe and Sound would have probably been a more appropriate title for this record. It’s not bad, but it’s not really groundbreaking either. It’s a tepid album that has some pretty decent moments. Perhaps my biggest gripe about Plushgun is that they’re clearly a band with talent and potential. Whenever there’s a band that exhibits such possibility and falls short, it can be frustrating, particularly when you consider the unexplored prospects due to a lack of imagination.

Still, there’s nothing that says that Plushgun won’t succeed further down the road so long as they think outside of the box. Hey, it worked for Brand New and Thrice, so Plushgun could be a great pop band with a push in the right direction.