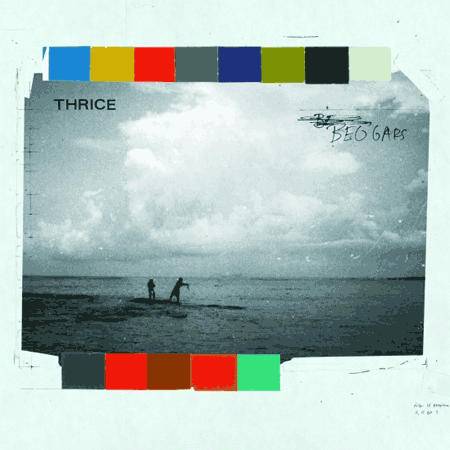 I find that Thrice is one of the few bands that people from across all walks of life can generally agree on. Though the band began their recorded career as a mishmash of tech metal leads and screamo-esque leanings, they have explored the larger spectrum of creativity, oftentimes citing Radiohead as a major influence for their experimental albums Vheissu and The Alchemy Index Vols. I-IV.

Where the more popular songs from the Alchemy records leaned a bit more towards trip-hop, Thrice’s new record, Beggars, is a solid combination of the energy of Vheissu and their third album, The Artist And The Ambulance.

Not to say that it’s a step backwards, per se. The record opens up with “All the World is Mad,” a song that is steeped in an old school Thrice formula, while its follow-up, “The Weight,” finds itself entertaining a groove-oriented bassline.

There are also quiet moments on this album (“Wood & Wire” and “The Great Exchange”), but they are interrupted by aggressive songs, such as “Through the Glass.”

While it’s not as hardcore as “The Illusion Of Safety” or “Identity Crisis,” I think it’s pretty safe to say that those moments for Thrice are few and far between (perhaps exemplified by the last time I saw the band and they played “Deadbolt” at a much slower rate), which is fine by me. I’d actually be disappointed if this band just decided that shredding for 30 minutes would be enough.