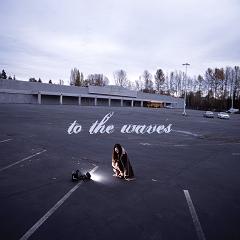 To The Waves – Self-Titled Album Review Recently, essayist Eric Grubbs wrote a book entitled POST: A Book About the Influence of Post-Hardcore 1985-2008. In the book, Grubbs profiles several bands, including genre stalwarts like At the Drive-In, Jawbox, Fugazi and Sunny Day Real Estate. If that book were to continue, Seattle/Tacoma-based To the Waves would be a perfect case study for it.

The band’s self-titled debut album wears the influence of ’90s post-hardcore brazenly, and it makes for an easily digestible record. “Koda,” the first song, is a rocking number that for all the off-time parts that appear throughout the album, could be a bonafide radio hit in its own right.

The piano-driven “Bishop” begins as a delicate mid-tempo song before the guitars come in to blow the headphones off your head. “Olympic Peaks” is reminiscent of Knapsack with a bit of a contemporary edge to it.

The album’s centerpiece features former Botch vocalist Dave Verellen, and it is the best example of the album’s flirtation with edgier hardcore parts.

To the Waves is a band that is derivative of the music that catapulted indie rock and hardcore to mainstream success, yet the meticulous songwriting and musicianship brings an element of originality that makes them difficult to ignore.