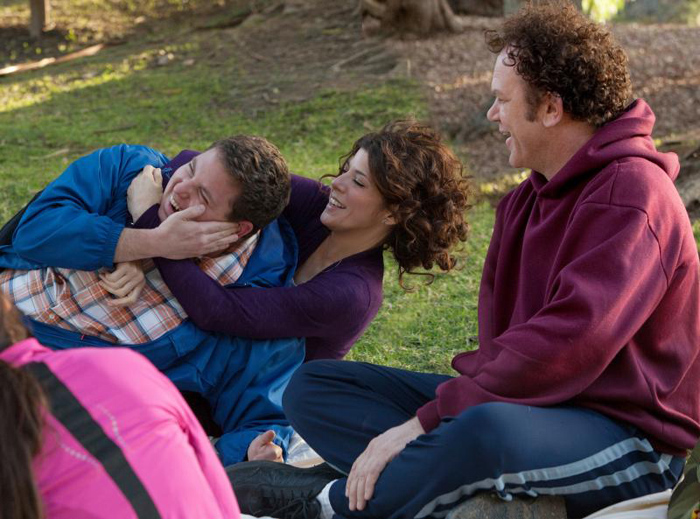 Brothers, and Cyrus co-directors, Jay and Mark Duplass have not shied away from their stated intent to make ‘genre films.’ It’s an odd conceit from a duo who’ve been lumped in with the for-better-or-worse-entitled ‘mumblecore’ movement; a style more prone to moody atmospheres and sparse dialog than showboat character acting and predictable plot developments. Hilarity abounds throughout the film, emanating mostly from Reilly and Hill’s combative, juvenile relationship (and more generally from Cyrus’ bizarre demeanor). The film swiftly charts its course, ending with little fanfare. However, it’s clear from early on the Duplass brothers have little interest in making an Apatow-like farce.

Rather than descend into pure caricature, the Duplass brothers treat their subjects with a tenderness and introspection that pushes them more towards their mumblecore peers. While the stellar cast deftly explores these dimensions, it’s clear that Hill, either as a result of his prescribed role or his acting chops more generally, has the most trouble breaking out of the one-dimensionality of his character. Overall though, the film was able to be entertaining without losing its empathetic sensibility. In other words, it’s mumblecore for the masses.

“Cyrus” has screened already at the Seattle International Film Festival. It opens in theaters everywhere during the summer.