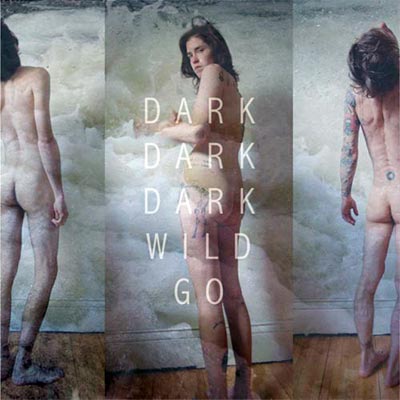 With their latest disc, Wild Go, Dark Dark Dark has honed in on a vibe that is equal parts gypsy and jazz. Aided by dual male-female vocals and a complementary combination of strings, accordion, and piano, Wild Go is packed to the brim with content, which ultimately proves to be a good and a bad thing.

Starting off on a high note with the danceable gypsy-folk number, “In Your Dreams,” the album alternates between this style and that of somber ballads. And despite the fact that this Minneapolis-based band has six members, it is in the simplicity of its ballads where its greatest successes lie — mostly thanks to the vocals of Nona Marie Invie. On the nostalgia-inducing “Daydreaming,” Invie repetitively sings, “Oh, if you knew what it meant to me,” and it is distinctly memorable. Her crisp, soaring melodies in “Something For Myself” are the same; these melodies, when delivered by Invie, are enveloping mantras to store into your brain for the long haul.

For some unfortunate reason, though, the ten-track album feels like a marathon of a listening experience. Poor song sequencing plays a key detrimental role; rowdy tracks are sandwiched between ballads, their sudden introductions and disappearances giving them the feeling of being much too jam-packed. The third track of the album, “Heavy Heart,” hints to potentially interesting new ideas, by way of a lack of predictable song structure and instrumentation. But when a male vocalist and a focus on electric guitar are introduced — both fairly rare on this album — it begins to feel a bit too unfocused. The slower side of Dark Dark Dark’s songs face problems as well; too many tracks seem to center around waltzy time signatures, which makes them seem to creep by, even when they are enjoyable in isolation.

With a bit of work, Dark Dark Dark could be successful as a lighter, more playful counterpart to a band like Bowerbirds. For now, though, Wild Go is merely a solid effort with a few stellar ideas and some forgettable ones.