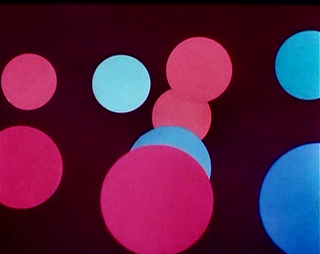 The relationship between visuals and music are starting to be explored ad nauseum by musicians of all calibers and stages in their careers, but it’s important to take a look back on the forces and individuals who have brought our musical-visual synthesis to its current popularity. Northwest Film Forum’s upcoming Visual Music series will help to do just that. Taking place between April 9th and April 14th, 2010, it will showcase experimental films that pioneered concepts and techniques that are being used today.

Says series curator Peter Lucas, “The history of visual music is a fascinating intersection of artists and disciplines. Many people don’t realize that visual art and design expanded into the realm of moving image as early as the 1920s. Although these films are not well known, viewers will immediately recognize their influence on today’s commercials and music videos, live performance and concert visuals and even motion graphics on websites, devices and applications. I encourage people to come see these ‘missing links’ between Kandinski and Disney, or Stanley Kubrick’s 2001 and a Radiohead concert.

I am extremely excited to be presenting these beautiful and important works of cinematic art. Many of them are restored film prints and all of them rarely shown outside of special museum programs. This program will be a revelation to art lovers and film lovers alike.” German-born painter and filmmaker Oskar Fischinger (1900-1967) was an enormously influential artist of the 20th century. His abstract animations- made between the 1920s and 40s- greatly expanded the possibilities of the medium of film, presenting a range of inventive, visual and temporal techniques and pioneering a new form of audio-visual art. While Fischinger’s work is rarely seen today, he has had a great effect on generations- from inspiring such experimenters as Harry Smith and John Cage to his work and influence on Disney’s Fantasia to his influence on modern motion graphics. We’re pleased to present this retrospective of his short films, featuring restored prints of Circles (1933), Composition in Blue (1935), Allegretto (1936), Radio Dynamics (1942), Motion Painting No. 1 (1947), and many other rarely seen works. This special presentation will also feature a 35mm cinemscope composite film recreating Fischinger’s multiple-projection performances, R-1, A Form-Play, (ca. 1926-33).

Introduced by Cindy Keefer, Director of the Center For Visual Music

American filmmaker Mary Ellen Bute (1906-1983) is an important and often overlooked pioneer of visual music and electronic art. Beginning in the 1930s, Bute produced short films that translated music (often classical music including Bach and Shostakovich) into choreographed shapes, ever-changing lights and shadows, brilliant colorful forms, and elegant design. Critic and curator Ed Halter has called her films “a marriage of high modernism and Merrie Melodies.” Although little-known today, many of her films reached wide audiences at the time through screenings before feature films at Radio City Music Hall and movie theaters around the country. This retrospective program features all of Bute’s pioneering abstract animations, from her first film, Rhythm in Light (1934) to later works such as Mood Contrasts (1956), an early use of electronic oscilloscope patterns. The program will be preceded by a short, work-in-progress documentary on Bute, made by Cecile Starr with Kit Basquin and Larry Mollot.

Introduced by Cindy Keefer, Director of the Center For Visual Music

Filmmaker and artist Jordan Belson has created some of the most moving, ethereal works of visual music. After seeing the films of Oskar Fischinger, Norman McLaren and Hans Richter, he was inspired to make what he called “cinematic paintings.” In the late-1950s, Belson collaborated with composer Henry Jacobs on the historic Vortex Concerts, which combined the latest electronic music with moving visual abstractions projected on the dome of Morrison Planetarium in San Francisco. Belson then began making what would become an astonishing body of over 30 abstract films that are, as curator Cindy Keefer has described, “richly woven with cosmological imagery, exploring consciousness, transcendence, and the nature of light itself.” He also produced special effects for the film The Right Stuff (1983), and continues making fine art and films today. Films Sacred and Profane features rarely seen films including Seance (1959), Allures (1961), Samadhi (1967), a newly-preserved print of Chakra (1972), Light (1973), Music of the Spheres (1977/2002), and Epilogue (2005).

This panel discussion, moderated by curator Peter Lucas, explores the little-known history of experimental films and light shows in the Seattle area in the late 1960s and early 70s, and celebrates the pioneers of this funky, techno-folk multi-media art form. Panelists include Seattle historian and editor-publisher of the ‘60s counterculture newspaper the Helix, Paul Dorpat; media arts scholar Robin Oppenheimer; and artist and member of Seattle’s Union Light Company, Ron McComb. They will discuss the films, events, techniques and makeshift equipment used during the early days of the Seattle psychedelic movement. Slides and rare footage from the era will be presented.

The 1960s brought an explosion in experimental cinema, at once influenced by its forebears and liberated from them by the revolutionary lysergic ethos of the time. In this final program of the Visual Music series, we present a selection of highly original works by artists who shattered the boundaries between visual and sonic through the creative use of optical printing, animation, electronics, and editing. Films include a newly-restored print of Jud Yalkut’s Turn, Turn, Turn (1966); Scott Bartlett and Tom DeWitt’s landmark OffOn (1968); Robert Breer’s Blazes (1961); Storm DeHirsch’s Peyote Queen (1965); and Barry Spinello’s Six Loop-Paintings (1970). We culminate with the purest and most intense of ’60s visual music experiments: The Flicker (1965) by avant garde composer Tony Conrad, who conceived the film in explicitly musical terms and used alternating pure black and white light to create hypnotic impressions of paradoxically vivid colors.