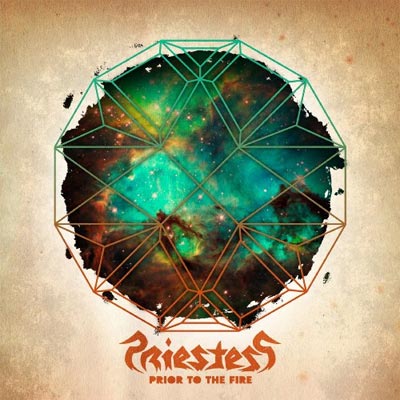 Priestess – Prior To The Fire Album Review The first thing that pops into my mind while listening to this Montreal four-piece’s sophomore effort is, “Who came first, the Priestess or The Sword?” And then I think about how The Priestess And The Sword sounds like a horrible ’80s fantasy movie replete with scantily clad bodybuilder types and busty wenches aplenty. The lyrics on Priestess’ latest disc, Prior To The Fire, just further this vision by spitting out some of the most annoyingly nonsensical Dungeons & Dragons bullshit ever conjured forth.

On one hand, recently it’s been a nice surprise to see stoner metal as a genre strong enough to gain acceptance in more mainstream circles. Eventually, it had to see its day, but unfortunately, with rising interest always comes acts hell bent on cloning the formula and dumbing it down for mass consumption. Enter bands like Priestess and The Sword (both formed in 2003 by the way), who kind of take the stoner out of stoner metal -– essentially replacing the extended high-minded instrumental enchantment with increased emphasis on vocal melody and pop hooks.

The good news is that even third-rate, watered-down stoner metal is better than say, goth-emo or hipster-hop, in my world. But if I were to recommend a stoner metal album to someone, even from the last few months, it sure as hell wouldn’t be this. The real problem here is that the focus of the band falls squarely on the vocalist, and he can’t even come close to carrying them. Belting out Half-orc Level One lyrics like, “The one who ends all life becomes the hero” certainly doesn’t help. Neither does the stock total of like one or two memorable riffs on the entire record.