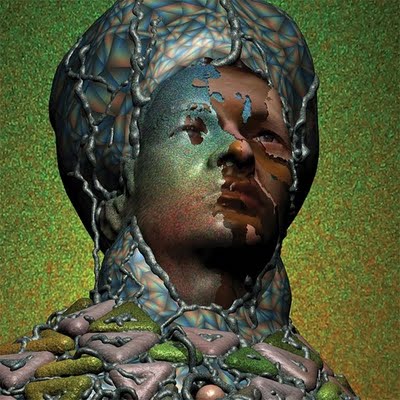 Upon first listen to Odd Blood, Brooklyn-based band Yeasayer’s sophomore album, those familiar with their debut All Hour Cymbals might scratch their heads and wonder if they are playing a practical joke on the listeners. Their debut was marked by folky, quirky, pop-melded tunes. On Odd Blood, Yeasayer seems to shrug off any expectations of continuity or reasonable transition. In order to wrap one’s mind around the drastic change in musical approach, here is a brief play by play to clarify exactly what this means:

The opener, “The Children” features ominous, synthesized voices in a chanting style. The effect is unsettling. Luckily, this is a clear fake out: the second track, and the overwhelming choice for single, is “Ambling Alp,” a positive anthem urging the listener to, “Stick up for yourself son/ No matter what anybody else does.” From there, the tone is set — swirly, and much more electronic than anything on All Hour Cymbals. Within this format, the midpoint, “O.N.E.” is a clear winner: bouncy, fun, and making the most of the vocal talent that has defined Yeasayer in the past. “I Remember” is a mournful, emotional mix overdubbed with a ton of the bells and whistles that an over-produced album should have, but with the unique octaves that the vocalists are able to achieve. “Love Me Girl” sounds like it should be on a Justin Timberlake album, and “Mondegreen” is a funky dance track with the nice touch of group vocals and baritone sax.


Sadly, most of the other tracks fall flat and feel uninspired (or just like filler). “Madder Red” makes very little impact. It is impossible to wonder what they were thinking in terms of the actual lyrics, which are repetitive and sometimes nonsensical. While there was this element on All Hour Cymbals, it was so cleverly balanced with harmonic layering it didn’t matter. With little innovative elements to fall back on now, it is clearer and more baffling on Odd Blood. What was so special about Yeasayer’s debut was that it was unlike anything that had ever been recorded. Yes, they drew on certain musical features, but it was a completely unique piece of artwork.

Another unique aspect of the debut was how much it felt like a full band effort, musically and vocally; on Odd Blood, the emphasis (even in the controversial NSFW video for “Ambling Amp”) is on the two lead vocalists Wilder and Keating. Most of Odd Blood seems to appeal to their pop sensibilities, and in this way, it feels too recycled. While there are elements from the “older” Yeasayer, especially on “Strange Reunions,” it generally feels muddled.

One has to respect Yeasayer for doing exactly what they want, though, and there is definitely something to be said for moving forward. And all of this aside, it is rather unfair to base this review solely on my lauded opinion of All Hour Cymbals. Odd Blood is a fun, technically brilliant and musically complex album; there is no denying that. There are many elements that are similar to the debut, especially the word music influences and an overall ambient nature. And no one (hopefully) wants one of their favorite bands to make the same album twice; they only wish for the transition to be smoother and more cohesive. This will certainly launch Yeasayer into another dimension of popularity, and the hype has only just begun.