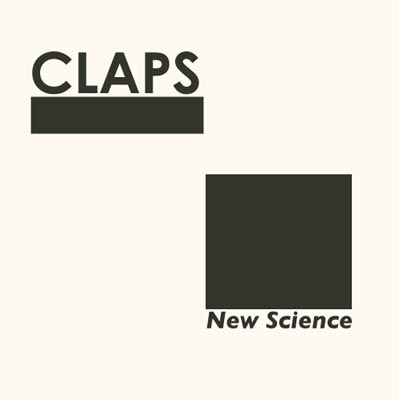 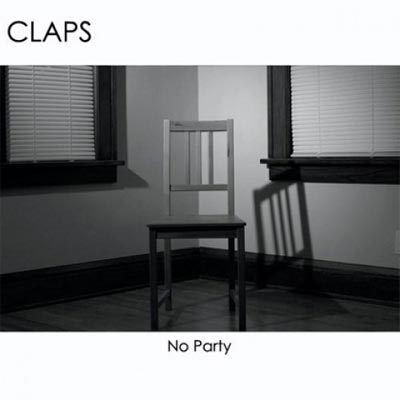 Minneapolis trio, CLAPS, has recently released two EPs back-to-back, on the ever-trustworthy Guilt Ridden Pop! label. For some reason, rising out of all of the forgettable bands in the synthpop genre, CLAPS just sits right with me, their ’80s-inspired vocals and minimal synthpop occasionally reminding me of my favorite childhood videogames. Sure, that description seems fitting for about a million bands in the genre, but there’s a little more to it than that with CLAPS.

The New Science EP has three tracks: “Fold,” “Gruzzles,” and “Fireworks,” but it is very obvious that “Fold” and its three remixes are the main focus of the EP. In fact, the other two tracks are added bonuses, but they don’t add much. “Fold”‘s excellence can be found in cyptic lyrics, which feel like subconsciously-penned ramblings in incoherence. “The movement/ In three steps/ Fall forward/ Fall inward/ One in itself/ Back into the fold,” takes the track down a path of shapely abstraction, meandering hypnotically while addressing topics of dreams, multiplication, and directional confusion. The three remixes of “Fold” — crafted by Chic Portier, Busy Signals, and Sovietpanda — play up the mathematical dreaminess of the track with fairly minimal electronica, with Chic Portier’s particularly representative of this. “Fold” can easily be listened to time and time again, and keeping the EP exclusively dedicated to “Fold” may have been a good move. But c’est la vie.

The No Party EP follows a similar formula, only it contains one remix for each of its three tracks, “Lost,” “Red Dress,” and “Game Undone.” Of the two EPs, No Party is the stronger one. “Lost” and “Red Dress” tell tales of longing, recalling unfavorable emotions in a rather literal fashion, with subdued synths to match. “Game Undone” is a whirlwinding descent of a song, which feels as though it is coming undone itself, keyboard stroke by dizzying keyboard stroke.

Though I’m not sure why CLAPS chose to release two back-to-back EPs, it was a smart move. Last year, we reviewed an Aluminum Babe release; 17 was a full-length synthpop journey that contained sixteen tracks and featured a scant three remixes. It was easily too long and too burdensome. These two CLAPS EPs feature a more dramatic three remix to three track ratio — but simply breaking up the releases makes this dual EP release feel like a bite-sized introduction to the band.