Jack Fischer Gallery does it again for their next art opening — which is TONIGHT — by bringing in Richard Bassett and Chris Crites to present new paintings. Entitled Cold Comfort, the show seems centered around a general idea of violence and crime, with guns playing a central role.

Chris Crites brings his intricately-detailed illustrations of convicts and deviants. This time, though, he also contributes “stick-up” notes he pulled from an L.A. crime photo book. And because Crites does no over-painting or under-painting, you can bet the precision seen in the “stick-up” notes is damn near perfection. 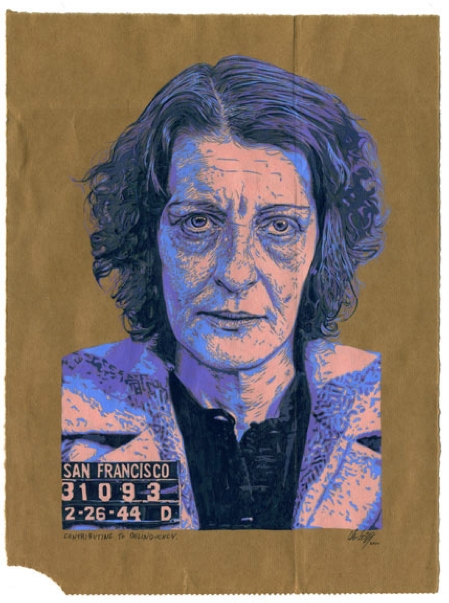 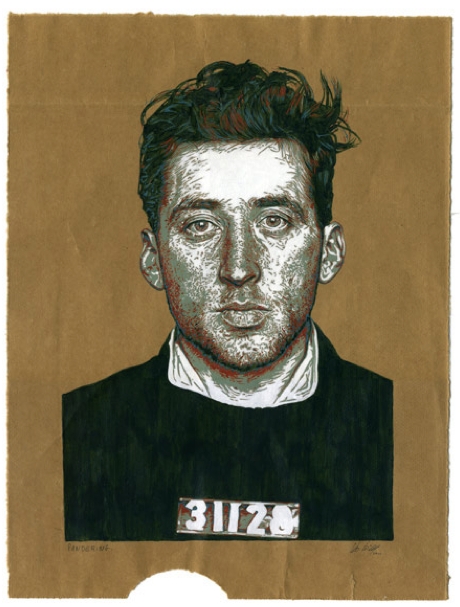 Meanwhile, Bassett’s works are painstakingly-sewn needlepoint pillows which, from afar, look like snapshots or scenes from hidden cameras. Their framing, in particular, gives them the appearance of being works of medium-format photography, each of their sewn blocks resembling pixels. 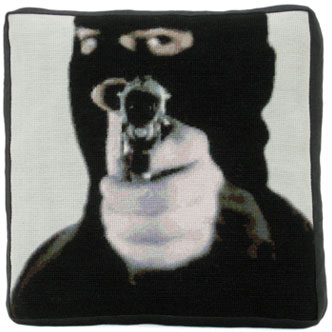 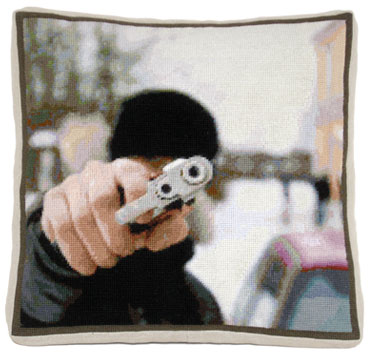 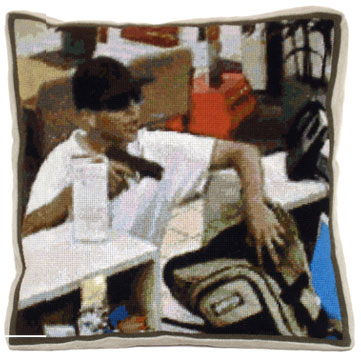 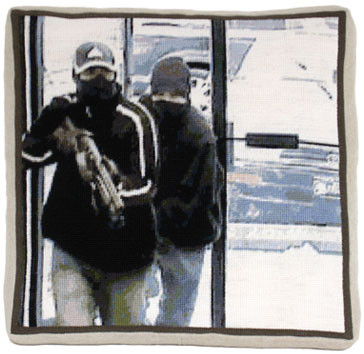