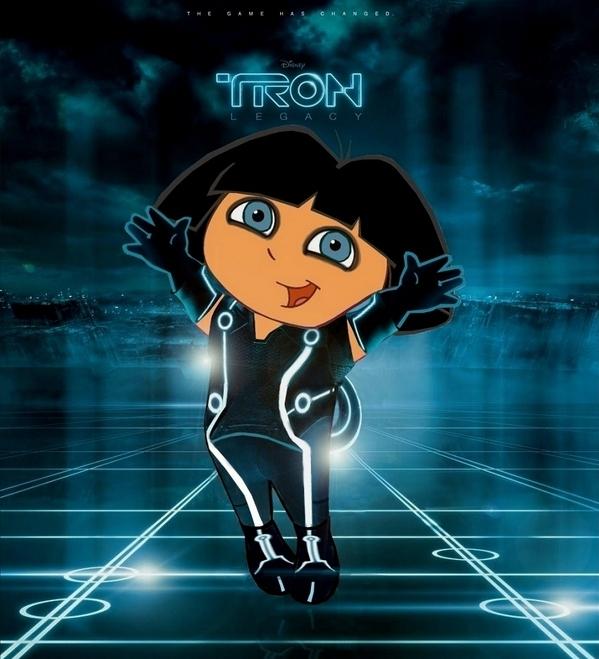 Make no bones about it, TRON: Legacy is not a good film. It’s not even that entertaining of a movie. But it’s hard to pinpoint just exactly why there’s such disappointment with this franchise cash-in. There have been worse, less intelligent attempts at nostalgia milking. But what sets TRON: Legacy apart from the rest of the “sequels-we-never-asked-for” set? Why have our expectations fallen from such a great height?

You can point to the acting, the set-design, the anachronistic visual style, the flimsy and nonsensical plot devices (You cannot point to the score; the music is about the only thing that works). However, these things had precedent in the original, and are generally accepted and swallowed willingly by most nerd fan bases. Throw in a disc battle, a light cycle chase and a couple tanks and you should have a decent if unremarkable film.

What I believe is the biggest turn-off for those who remember the original TRON fondly is, in short, the ambition of the project. Disney and director Joseph Kosinsky made a big mistake when they tried to make the world of TRON more important than it was.

The original is a cult movie, I argue, not only for its semi-accurate visualization of the internals of a computer, but also for the weight that the entire conflict rests on. As in, there is none. The struggles between Flynn and the MCP are not to “decide the fate of the world” or to “save humanity from itself” as LEGACY attempts to realign itself. Flynn just wants to make a new video game. Dillinger just wants his new program to show at CES. What is at stake? Maybe a few stock options, some profit margins. Definitely nothing anyone in 2010 cares about, even less so in 1982.

Yes, Flynn is trapped in the machine, and this purportedly can be dangerous. But does death in the machine mean death in the real world? Who knows? Maybe if Flynn had just ridden his light cycle into the wall at the beginning of it all he would’ve been warped right out. Never once does it say that, in Flynn’s special case, de-resing == death. It’s assumed by the audience but never does the plot of the movie address it. The plot is more concerned with drinking light water and slapsticking around with guards to assert real implications on anyone’s situation.

It’s by reveling in this banality that the film resonates with nerd culture. Programmers, software architects, tech bloggers, gear-nuts: we all realize that, though we take our chosen professions with the utmost seriousness, most of it is ultimately meaningless in the grand scheme of things. A new iPad model will not make or break humanity. CPU/GPU hybrids will not threaten the existence of creative thought. The pearly gates will not swing open for those who reach a new plateau in teraflops.

So when we watch TRON: Legacy, we forgive the more dull parts of the film because we understand that it’s all meaningless. But when all the hullaballoo over the “new AI’s” and Clu’s plan to enter the real world becomes the focus, TRON’s minimalist magic trick is exposed as just another ridiculous child fantasy.

The first TRON was akin to looking at a circuit board through a microscope.

TRON: Legacy paints a dragon fighting a griffin on the lens and calls it a day.