TBA Festival 2014 is upon us, and over the course of its two-week course, Portlanders will be graced with a number of audio-visual treats, eats, and experiments. This year’s lineup seems less dance-heavy than usual, but brings with it perhaps the festival’s most exciting musical acts in quite some time. Read on, for our top choices in performances, concerts, and art projects.

TBA Festival 2014 is upon us, and over the course of its two-week course, Portlanders will be graced with a number of audio-visual treats, eats, and experiments. This year’s lineup seems less dance-heavy than usual, but brings with it perhaps the festival’s most exciting musical acts in quite some time. Read on, for our top choices in performances, concerts, and art projects. 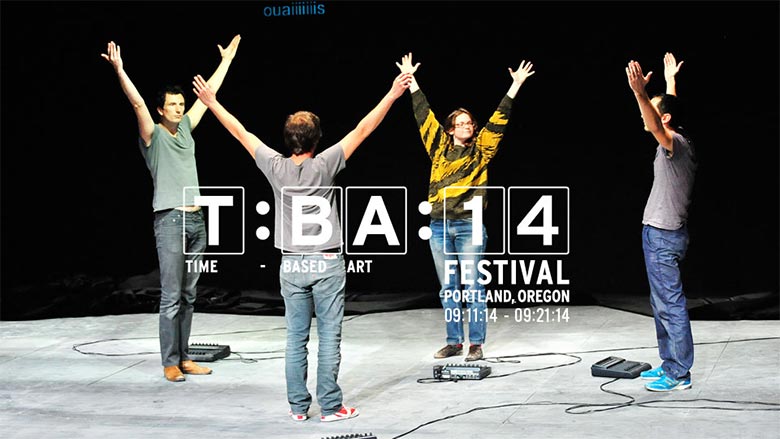 These two artists are no less than a match made in heaven. Both deal in lush, textural constructions; Clipson through filmic forms out of the Bay Area, and Harris on the Oregon coast through meditative soundscapes under the moniker Grouper. Their powers combine for a 16mm presentation of place both natural and urban. Expect to be lulled into their world of careful sophistication buoyed by a willingness to improvise and experiment. – Ian Paige

Mammalian Diving Reflex – All the Sex I’ve Ever Had

Let’s talk about sex, er, grandpa? What a treat to have the Canada based Mammalian Diving Reflex research-art group back in Portland to explore intimacy and old age with this site-specific performance featuring our cities very own elderly folks! – Kate Rose

Awkward body positions and strained behaviors drive chelfitsch, a new generation of Japanese playwrights and theatre folk who take inspiration from dreamy fiction ala Haruki Murakami and Noh theatre tradition to explore the Great East Japan Earthquake and its impacts on Japanese society. The show on the 21st has a pre-show Q&A with playwright Toshiki Okada, which begins at 3:30pm. – Vivian Hua 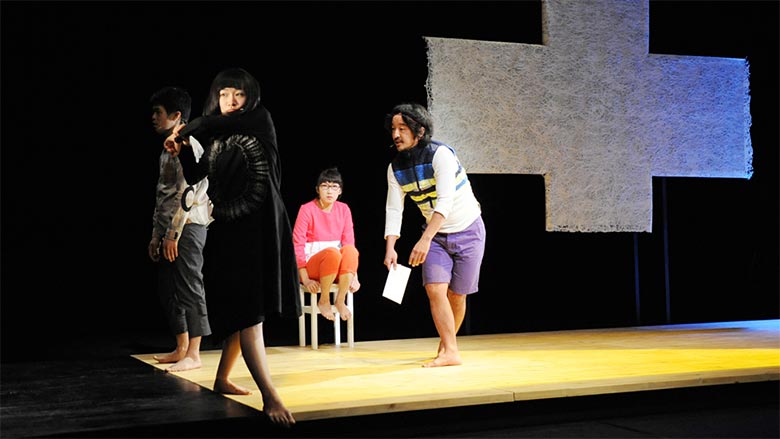 Bringing some levity to TBA, Jason Traeger brings his Portland comedy scene blog into living color on the main stage this Tueday. Not to be missed, unless you’re missing your funny bone. – Kate Rose

Fresh off production assists on the stunning FKA Twigs debut LP and 4 tracks on Kanye West’s Yeezus (“Hold My Liquor”; “I’m in It”; “Blood on the Leaves”; “Send It Up”), Venezuelan producer Arca will be performing a multimedia spectacle alongside visual artist Jesse Kanda. The two previously paired up in 2013 to present a film interpretation of Arca’s mixtape &&&&& at MoMA PS1, to much critical acclaim. Arca’s productions are haunting and glitchy, with an edge of anxiety that seems to match, rather than aggravate or soothe, the listener’s own anxiety. Kanda’s visuals bring this anxiety to life on the big screen, playing with light in unnerving and at times abstract ways. – Rachel Kramer

This year’s Decibel Festival in Seattle has Oneohtrix performing an audio-visual set with visual artist Nate Boyce, but it is unclear whether Boyce will be joining for TBA. It unfortunately seems like he will not, but hopefully Oneohtrix Point Never’s show earlier this year at Doug Fir, full of beautiful and bizarre projections, will be an indicator of the audio-visual quality of this particular live set. Regardless, his performance is sure to be excellent for a Friday night, a choose-your-own-experience for those who are interested in dancing as well as those who are interested in introspective mind exploration. And P.S.: be sure to catch MSHR perform (see below) right before his set. – Vivian Hua

Portland, OR-based art-collective-of-two MSHR have had a busy year. Birch Cooper and Brenna Murphy deepened their self-mythologizing practice during a residency at NYC’s Eyebeam and constructed the sister show to this year’s TBA installation in Langenthal, Switzerland. All this work means the TBA crowd gets more MSHR than ever before – more complex interlocking shapes of ambiguous signification, more mind-bending feedback loops of sound and light and, notable for the group’s artistic evolution, more physical space as the installation sprawls out in a large corner of the Fashion Tech building. The ritualized performance by the duo on September 19th at 10pm is not to be missed. – Ian Paige

Los Angeles-based artist Jennifer West picks up the torch Stan Brakhage and Tony Conrad utilized to directly fuck with film as physical media, but lights the way in an era when film itself is outmoded and beholden to nostalgia. With the world’s only remaining 70mm printer in her North Hollywood lab, West hangs constructions of filmstrips in space and invites the body to become active with the medium, moving a flashlight through space to act as a projector. She will have a choreographed performance featuring body-as-screen on September 16th at 8:30pm and the 17th at 10:00pm. – Ian Paige 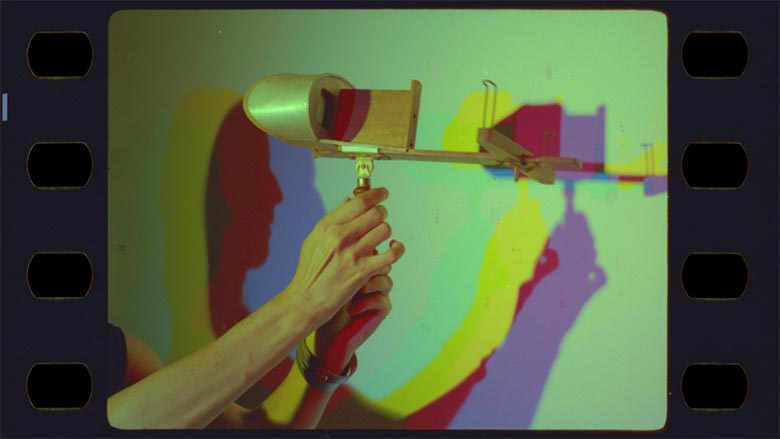 “Mysteries Love Company” reads the header to Lisa Radon’s website infinityincreaser.com, inviting us to wonder what magic is in store for us in her piece. Located at PICA and free to the public, what’s there to argue with? – Kate Rose