Posted at 10:58h in Album Reviews, Music by 0 Comments
There are hardly any electronic instruments on Punish, Honey. Instead, Vessel’s Sebastian Gainsborough built an arsenal of homemade instruments, including flutes made out of bike frames, sheets of metal, and “harmonic guitars”. Punish, Honey is an industrialized suite: clanking, stomping, sparking, twitching, pounding. But instead of the giving the sensation of a migraine — which is sometimes produced from hyperfrenetic digital constructions, as with some of the recent work from James Ferraro — Punish, Honey is like walking through a factory full of mechanized automata, like a textile mill animated by Jan Svankmajer. Like The Sorcerer’s Apprentice, if he had brought jackhammers and bellows to life, rather than broomsticks. 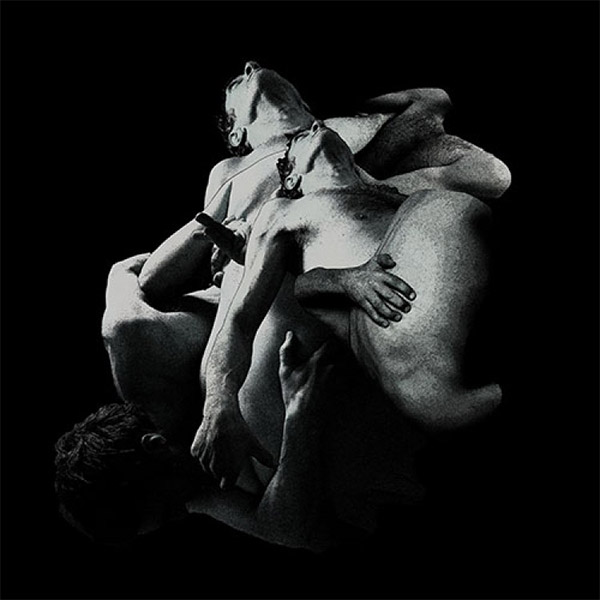 The two closest antecedents I kept coming up with while listening to Punish, Honey were the industrialized racket of Einsturzende Neubauten, and the merz junk art of Kurt Schwitters. The pair produce a gateway that lead to the entirety of the 20th century avant-garde music. Einsturzende Neubauten utilized a template of power tools, scrap metal, and homemade instruments to approximate the feeling of a bombed out, post-WWII Berlin. The title of their biography translates as “Listen With Pain”, which could also be a subtitle for Punish, Honey. Like Vessel, Neubauten produced high art, high-concept song sculptures of industrial revolution technology that took the conceptual possibilities of punk rock to new heights, radically reconfiguring the way the listener perceived the world, and its sonic pollution around them.

Similarly, Kurt Schwitter’s merz installations took the bric-à-brac of advertising, typography, junk art and high capitalism to construct dreamlike realms — most famously with his Merzbau project, where he transformed his home into an expressionistic daydream, like something out of The Cabinet Of Doctor Caligari. And of course, Schwitter’s greatest legacy would be providing the inspiration for Masami Akita’s Merzbow project, which pretty much kicked the world of harsh noise into high gear, with an endless stream of harsh electronic squeals and pounding death rhythms, both parodying the mechanized modern world as well as holding a dark mirror to its face and creating a deadly feedback loop.

While both Schwitters and Neubauten were very inherently German, and Merzbow is the quintessential Japanese noise artist, Vessel is employing similar techniques to explore Britishness, in art and music. Punish, Honey is like the astral life of a British factory space, from the “dark satanic mills” of the Industrial Revolution to their moldering afterlife for illicit raves in the ’80s and ’90s. Sterling, technoid rhythms and structures are dipped in coal dust and soot. You can practically hear the water wheels turning, The Weavers singing.

Because Vessel is working with electronic tools and structures, Punish, Honey needs to work as straight up electronic music as well, and not just as high-concept art. It does, although it remains difficult listening. The thing that makes electronic music of all varieties stand out from the anonymous masses is the details, the nuances. From the complicated intricacies of Aphex Twin’s drill ‘n bass to the personal hip-hop tapestries of L.A.’s Flying Lotus or the warped childhood memories of Boards of Canada, these are artists who have a clear idea of what they’re saying and what they’re trying to accomplish. They know their gear as well as their source material, and are able to construct imaginative, previously unseen mental landscapes that are also fun to dance to.

You can see similar nuances at work with the bent and skewed microtonality of “Euoi”, where Vessel warps his synthesizers (or whatever they are), like a sitar player or like My Bloody Valentine. This kind of personalization and attention to detail is hard to achieve with electronic music, and is commendable. It shows Vessel’s paying attention, and is going for a very specific result.

All in all, Punish, Honey reconfigures your perception of how you view, and listen to, the world around you. It makes you wonder what you could do with the items lying around your house, around the city streets, and what kind of glorious sculptures you could configure them into. At this point in technology, the entire world is at our disposal, to be sampled and reconfigured into industrial symphonies and lucid daydreams. Anyone could make spectral automata, like Svankmajer or The Brothers Quay, out of the junk of our world. It just requires the focus and follow-through. Vessel is inspirational, in that regard. If pain is transmuted into pleasure, is it still really pain?