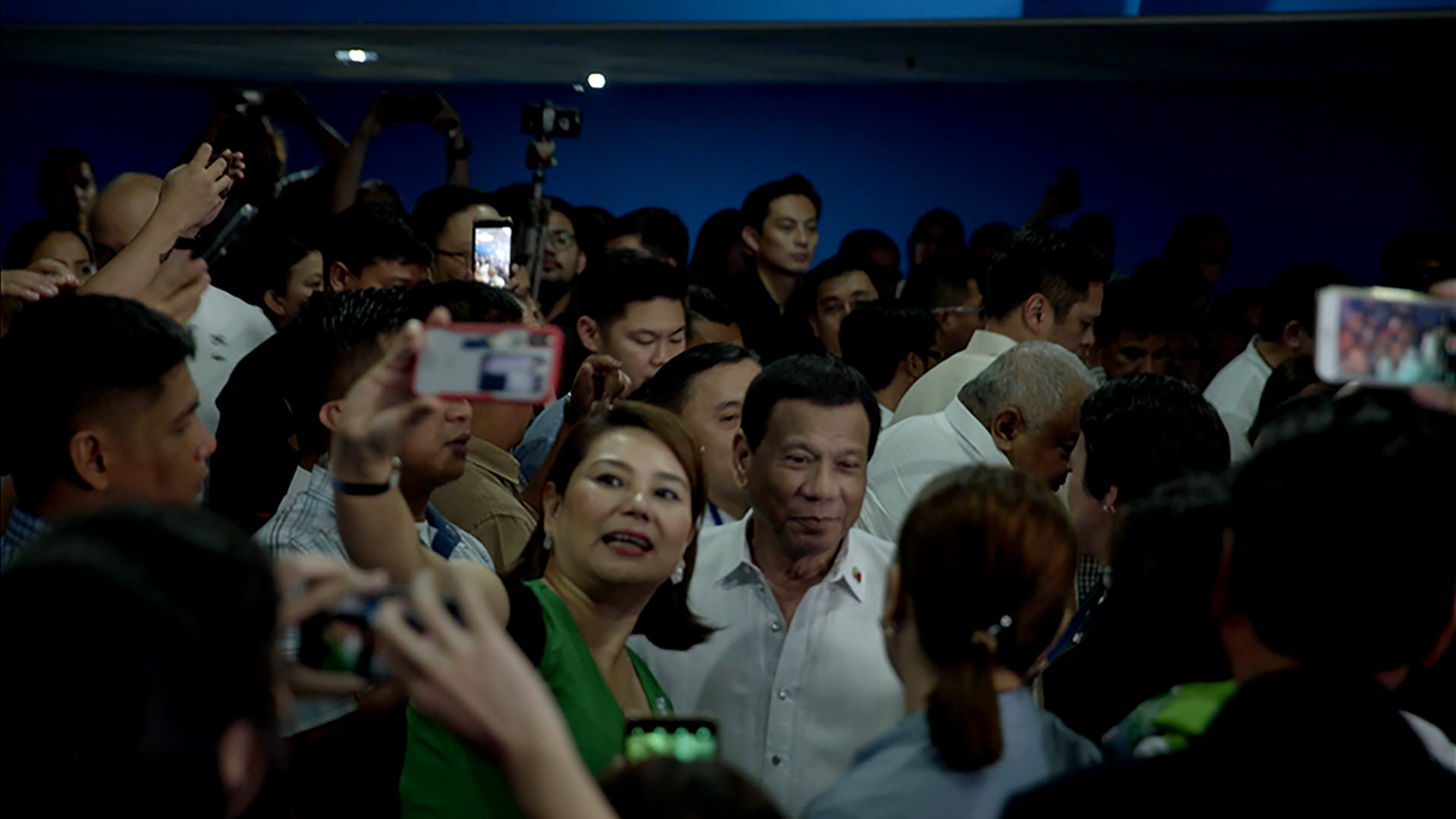 Alison Smith9 min readAugust 13, 2020Add comment
At The Atlantic Festival, a 2019 conference put on by The Atlantic, an interviewer asked Maria Ressa, CEO of the Filipino news site, Rappler, why Americans should care about the deteriorating political situation in the Philippines. Her response? “What happens in America happens in the rest of the world.” Ressa then provided a particularly salient example: Cambridge Analytica tested its technology to make targeted political ads on users in the Philippines before partnering with Trump’s campaign.
In the new documentary A Thousand Cuts (2020), directed by Ramona Diaz, this is one of many parallels between the two countries, both led by strongman, vulgarian presidents who promote disinformation. The Philippines serves as a fascinating case study in how a country can shift from delicate democracy to outright authoritarianism. Its president, Rodrigo Duterte, though elected by popular vote, quickly rejected the rule of law and executed a “war on drugs” in which police have impunity to kill anyone suspected of using or selling illegal substances. The government states that 8,663 people have died and the Philippines’ Commission on Human Rights estimates as many as 27,000, while A Thousand Cuts puts the number at at least 20,000. These discrepancies point at the difficulty of ascertaining the truth within a complex media landscape and political situation.

A Thousand Cuts illuminates the cascading effects of the drug war on everyone from victims’ families to journalists. In one scene, Rappler reporter Patricia Evangelista tells us about her harrowing first days on the job. Smoking a cigarette, she describes how a victim’s mother crawled on her knees toward her dead son, screaming unintelligibly. Echoing the dilemma of journalists everywhere, she says, “I didn’t know what to do, so I just recorded.”

Another Rappler journalist confesses that he’s taken on families’ traumas as his own. “What I saw out in the streets never really escaped me, never really left me,” he says, haunted by nightmares that mirror reality. In fact, while director Ramona Diaz originally planned to focus her film on the drug war, she ultimately pivoted to profiling Rappler‘s CEO Maria Ressa partly because of the mental toll of immersing herself in these grim scenes.

“I knew myself that I couldn’t handle it,” Diaz tells REDEFINE. “Seeing all those bodies; seeing the randomness and hearing the cries of the children and the relatives… you develop PTSD. There is no doubt. It’s totally is a war zone and should be treated as such. It’s horrific. And I think that’s not as talked about in journalism circles as it should be.”

“What we are seeing is death by a thousand cuts to our democracy… Little cuts to the body politic, to the body of Philippine democracy. And if you have enough of these cuts, you are so weakened that you are going to die.” – Maria Ressa, CEO of Rappler

Viewing Society through the Lens of Independent Press

To tell this story, A Thousand Cuts uses the news organization Rappler as a lens through which to view the brutality of the drug war and the corruption of Duterte’s administration. Duterte has not only smeared the organization as “fake news,” but also targeted it with specious lawsuits. Despite these high stakes, the film portrays Ressa as doggedly determined and fiercely protective of Rappler‘s journalists. Indeed, in following Ressa’s busy schedule, from high-profile conferences to getting stopped by police in the Manila airport, A Thousand Cuts highlights both her international acclaim and vulnerability, regardless of her dual citizenship in the United States and the Philippines. Similarly, Ressa was named one of Time Magazine‘s people of the year in 2018, but in 2020, is facing a number of tax evasion charges and fighting to overturn a conviction for cyberlibel.

Early on in the film, one Rappler journalist says that Duterte offered the promise of not just change, but “revenge.” Indeed, this punitive philosophy proved resonant; by some estimates, 82% percent of Filipinos support the drug war. Duterte, who openly states lines such as, “If you do drugs, I will kill you,” is as blunt and shameless as a mob boss. In one illuminating scene, he warns an audience of journalists that they are not exempt from assassination. More recently, Duterte has applied the basic formula of his rhetoric to the current COVID-19 pandemic.

“Duterte’s response to the pandemic is like his response to the drug war. It’s a police response. It’s not a public health response,” Diaz observes. “He says things like, ‘If you’re not compliant or you’re found outside with no mask, I will kill you.'”

Nonetheless, Duterte’s supporters remain loyal. He has developed a cult of personality, and ardent fans can receive Duterte bobbleheads and calendars. During the Philippines’ frenzied midterms in the spring of 2019, A Thousand Cuts followed both opposition figures and Duterte’ allies. It uses footage from this campaign season, as well as from the 2016 presidential race, to highlight the stark differences between the two parties. Chillingly, Duterte’s events evoke rock concerts, with screaming fans in giant stadiums, while the opposition party’s feel like measured human rights conferences.

A Thousand Cuts doesn’t offer a simple answer for why Duterte’s rhetoric is energizing rather than alienating to so many Filipinos. Certainly the appeal of the drug war has been effectively seeded on social media, where drug lords are portrayed as a menace and Duterte as a hero cleaning up Filipino streets. While Diaz empathizes with the perspective of his supporters, she also refuses to downplay the raw tragedy and underlying illogic of the war on drugs.

“There was part of the population that felt like they were safer at night, because they could walk the streets, [with] no drug dealers in the corner,” she states. “I’m not about to say that they were wrong in feeling that. But I mean, you’re safe until you’re not safe. You’re safe until your son is the victim, your brother, and you have no recourse. Because it’s the state who says that they’re drug addicts and they have to be harmed or killed.” 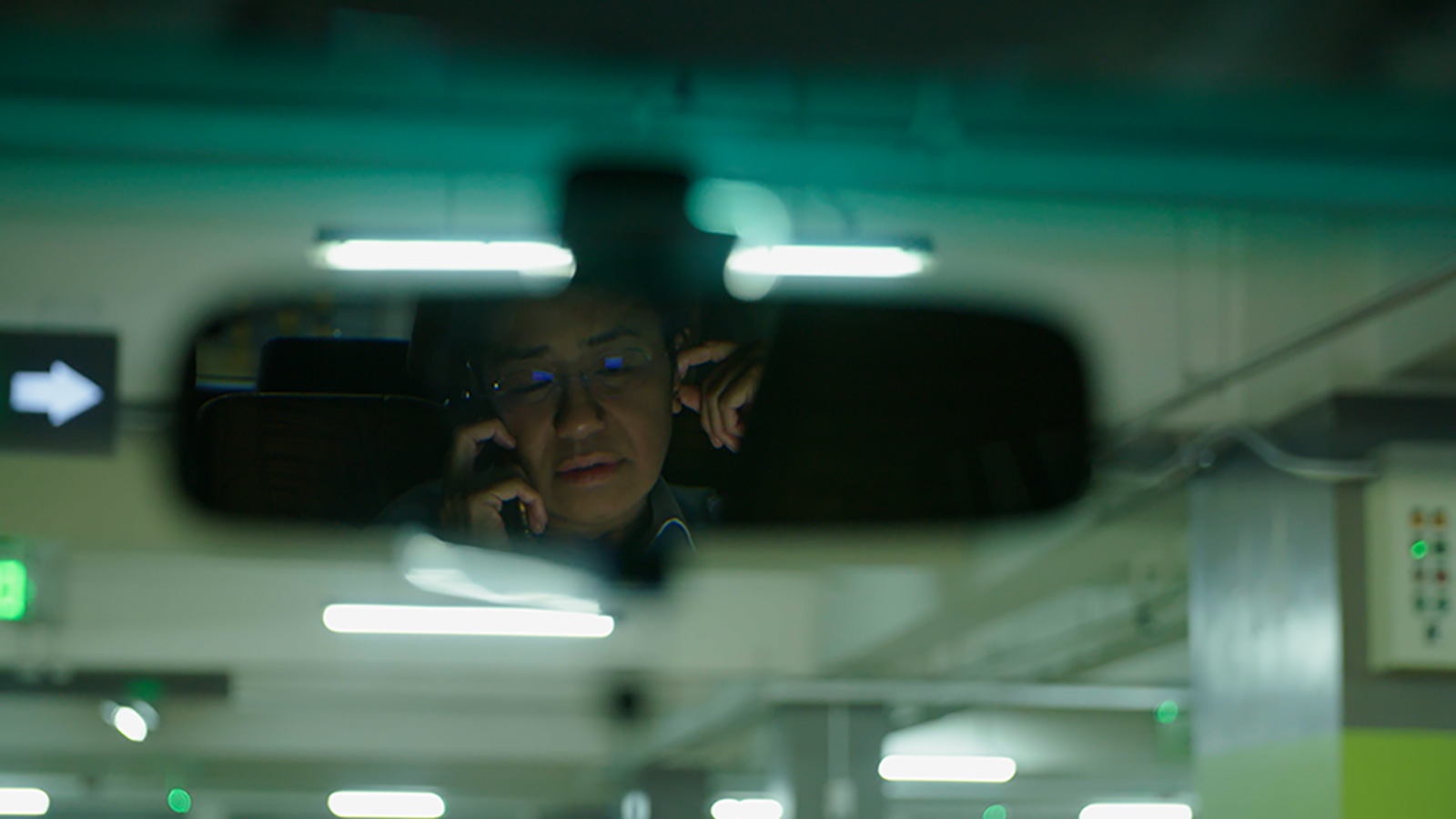 A Thousand Cuts also illustrates the pivotal role social media played in Duterte’s rise from mayor to architect of the Philippines’ slide into authoritarianism. For instance, social media star and pop musician Mocha Uson aggressively promoted his campaign to her legions of followers, and was later rewarded with a position in Duterte’s cabinet. At one rally, Duterte loyalist and former chief of the Philippine national police, Ronald dela Rosa, sings American pop songs and dismisses transportation, healthcare, and other meat-and-potatoes political issues as irrelevant given the primacy of the drug war. The rhetoric of dela Rosa and Duterte is as repetitive, off-the-cuff, and lacking in context as a stream of Instagram or Facebook posts — yet it is effective.

A Thousand Cuts, smartly, doesn’t get lost wading into the sea of conspiracy theories, lies, and vitriol spread on social media, instead focusing on how this content is spread. As Diaz reflects, “What struck me about Maria [Ressa] was how clearly she explained it. She told me, ‘Don’t look at content; look at the network that spreads the content. Because content, that’s a whack-a-mole game. You can’t win that game.’ And once she said that, then everything made sense.”

Indeed, the film takes us down a winding yet fascinating trail of trolls and bots. It utilizes graphics to its advantage, nimbly dramatizing the online world. One sequence shows an intricate web of twenty-six intertwined fake accounts that ultimately influenced three million other accounts. Diaz uses overlapping screenshots of hateful messages directed at Ressa to help the viewer understand what it feels like to face an onslaught of harassment. In one real-life example, the online amplification of inflammatory messages about Rappler escalate to a number of civilians storming the company’s office in protest.

These problems can ultimately be traced back to the engineering and infrastructure of social media sites, according to Diaz. On sites like Facebook, a piece of content’s profitability is determined by how much it spreads, not by its merit or truthfulness. Social media companies rely on advertising revenue, making it in their interest for users to spend maximum time on their platforms — even if those users are spreading conspiracy theories or hate speech.

“[Maria] goes, ‘Watch the pattern, the network, and we should be talking about the engineering of the platforms, micro-targeting and algorithms,'” says Diaz. “She was talking about Facebook algorithms and how they affect democracy in 2016, when very few people were talking about it.”

And yet, amidst the bleakness of unmasked authoritarianism, the war on drugs, and vitriol on social media, there is a glimmer of hope in the figure of Maria Ressa. Indeed, every moment of A Thousand Cuts validates Diaz’s choice to shift the focus of her film onto Ressa.

“Maria reminds us of our college self. So idealistic. Life happened to us, but life didn’t happen to Maria,” Diaz says. “She’s still that idealistic self, and that’s why I think people gravitate to her; because they’re reminded of their best selves.”

In one lovely scene, Ressa is talking with her sister at an apartment in New York, somehow remaining cheerful even while acknowledging that she could be jailed. When Ressa is asked at a conference whether she might be more admired by foreigners than by the very Filipinos she’s advocating for, her response is brisk and characteristically glass-half-full: “I think we have a lot of support in the Philippines, but I think anyone who stands up has a lot to lose.”

A Thousand Cuts is undoubtedly a moving portrait of an undeniable hero. Ultimately, the film’s power comes from how it takes a holistic approach to understanding the multiple intersecting crises plaguing the Philippines. Examining the nexus between authoritarianism, social media, and suppression of journalism in a country that will seem both familiar and alien to many Americans, it finds a beacon of hope in the figure of Ressa while also being attuned to the tragic human cost of Duterte’s policies.

As Ressa says of the Philippines, “We are meant to be a cautionary tale.”

Maria Ressa at The Atlantic Festival

A Thousand Cuts is currently screening online via Northwest Film Forum. Learn more about the film at athousandcuts.film.