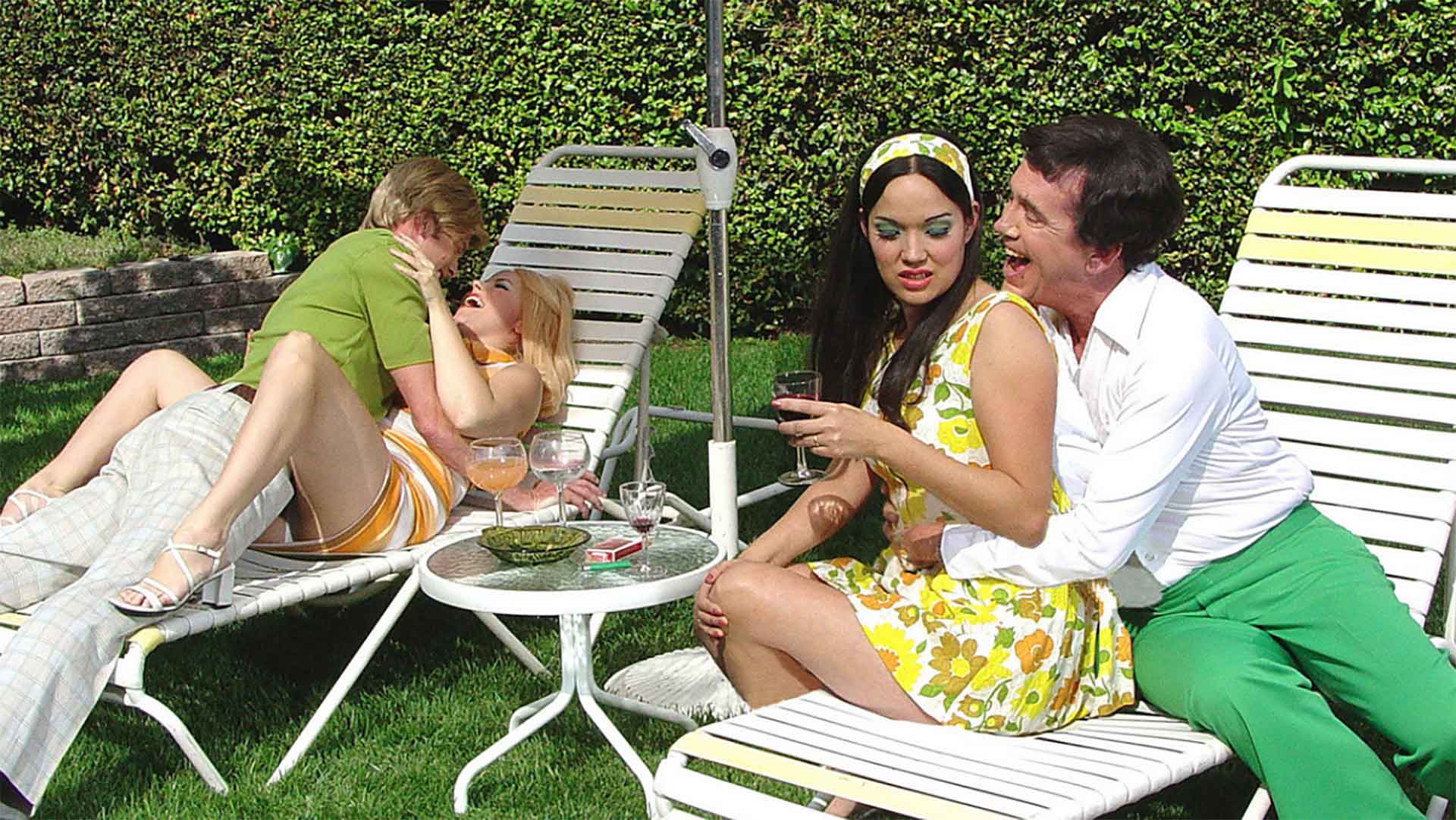 Cinescopes 2020 — Virgo: Five Films for Sweating the Small Stuff (In a Good Way)

Hannah Piper Burns9 min readAugust 28, 2020Add comment
Welcome to Virgo season. It’s a time of transition, fraught with the frisson of both inevitable endings and fresh beginnings. There’s a pervasive undercurrent of things needing to be done. Virgo’s symbol, the maiden, is quite possibly one of the most misunderstood in the zodiac.

After all, what exactly is the quality of virginity? It depends who you ask. Sure, it’s a construct, but that doesn’t make it any less powerful. The thing is, purity concerns both the physical and metaphysical, and it’s a process, not a destination. The Virgo-Pisces axis concerns the yearning to connect to something larger than the self, a deep respect for the reciprocal relationship between body, mind, and spirit, and a lifelong cultivation of a kind of intellect, a kind of understanding. If Leo wants to be noticed, Virgo notices… everything.

Virgo’s ruler Mercury (shared with Gemini) endows this sign with a gift for mimicry, an eye for detail, and a kind of fundamental unsettled restlessness, stemming from a deep knowing that the work is never done. Purity is the enemy of entropy, and entropy is inevitable, so the work is the point. But we’re not talking about Sisyphean drudgery! It’s the rigorous labor of examining, analyzing, optimizing, and manifesting. To be in Virgo energy means to believe, for better or for worse, that anything is possible if you just put in the work.

How this actually feels can vary from true unabashed abundance to frenzied scarcity, depending on how grounded in the present moment one can stay. That’s a challenge, given that Virgo to-do lists feel more like a constant, unrelenting news ticker scrolling across the lower third of the mind’s eye. The gift of criticality must become a function of idealism, not pessimism. Virgo season wants us to hold tight to our higher purpose, and to humble ourselves in service of it — or risk missing the forest for the trees.

Cinescopes is a monthly column about astrology and the movies. View the archive.
With all of that in mind, here are five films that will help you analyze, crystallize, and metabolize the season ahead: 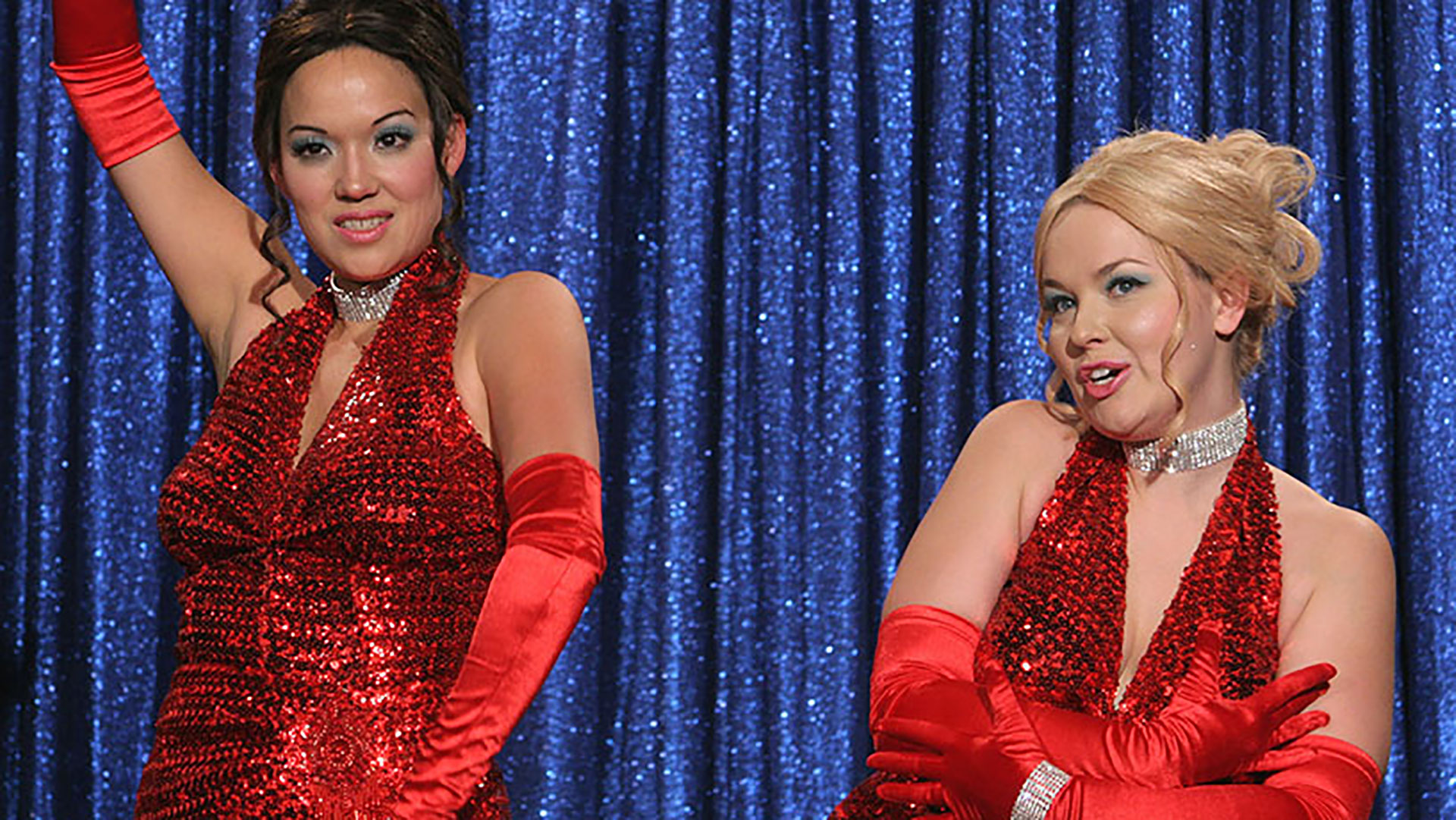 Viva, the debut feature from the maker of occult femme-horror tour-de-force The Love Witch, is both a stylish, sensuous sexploitation sendup and a scalpel-sharp critique of the aspirational lifestyle found in the pages of vintage Playboy. The story of an unsatisfied housewife who falls down the swinging 70s rabbit hole, every piece of Viva was put there with a purpose.

Biller wrote, directed, edited, produced, and played the titular starring role, often overseeing shot setups while still in hair and makeup. But as if that weren’t enough, (and there’s a certain “never enough-ness” that is essential to any understanding of Virgo) Biller also handled the costumes, props, and production design. This is the epitome of Virgo energy, which is ambitious, independent, and able to handle a lot of moving parts in a sort of perverse attempt at simplicity. It would rather shoulder a burden than share it. It’s hard to rely on others. Someone almost always gets let down.

Beyond Biller’s admirable multi-tasking and general “whatever it takes to get it done right” vibe, perhaps the most Virgo-tastic aspect of this film is its winking satire of sexual liberation (and its discontents). Some will be so caught up in Biller’s fidelity to vintage aesthetics that they’ll miss the sly detournements. And the humor! Virgo wit is stoic, dry, quick, and caustic. See also: Bill Murray. 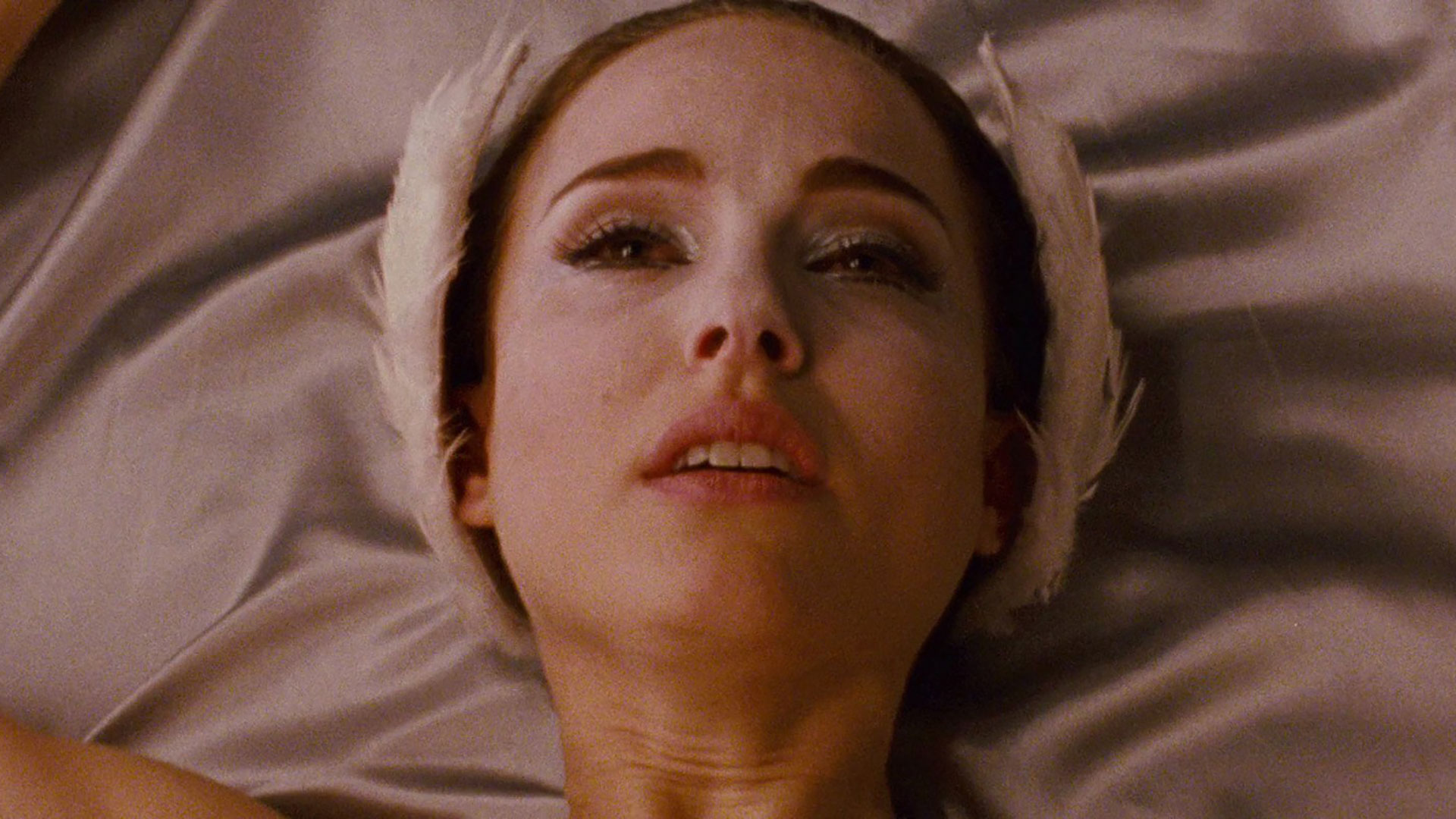 First of all, you simply can’t talk about Virgo cinema without mentioning body horror. Second, Black Swan is a particularly Virgoan nightmare: being too in control, and then starting to lose it. Virgo’s oppositional sign, Pisces, is so comfortable with total release that sometimes it can’t hang on at all, while Virgo can hang on so hard that it becomes all gritted teeth and white knuckles.

Natalie Portman’s ballerina, Nina, sublimates her increasingly outsized urges and desires through discipline, dedication, and good old-fashioned masochism. She has the technique, but tragically, that’s just not enough (there’s that “never enough-ness,” again). In true Virgo fashion, she internally multiplies the force of the pressure she receives externally, and begins to psycho-somatically express her distress. When she cracks, she cracks hard, but the show, as they say, must go on. To deny our shadow is an exercise in spiritual futility, an austerity that breeds even more fragmentation. What comes next can be seen as paying the ultimate price…or, as achieving a kind of sacred and exhilarating integration. “I was perfect,” she sighs in satisfaction. Fade to white. 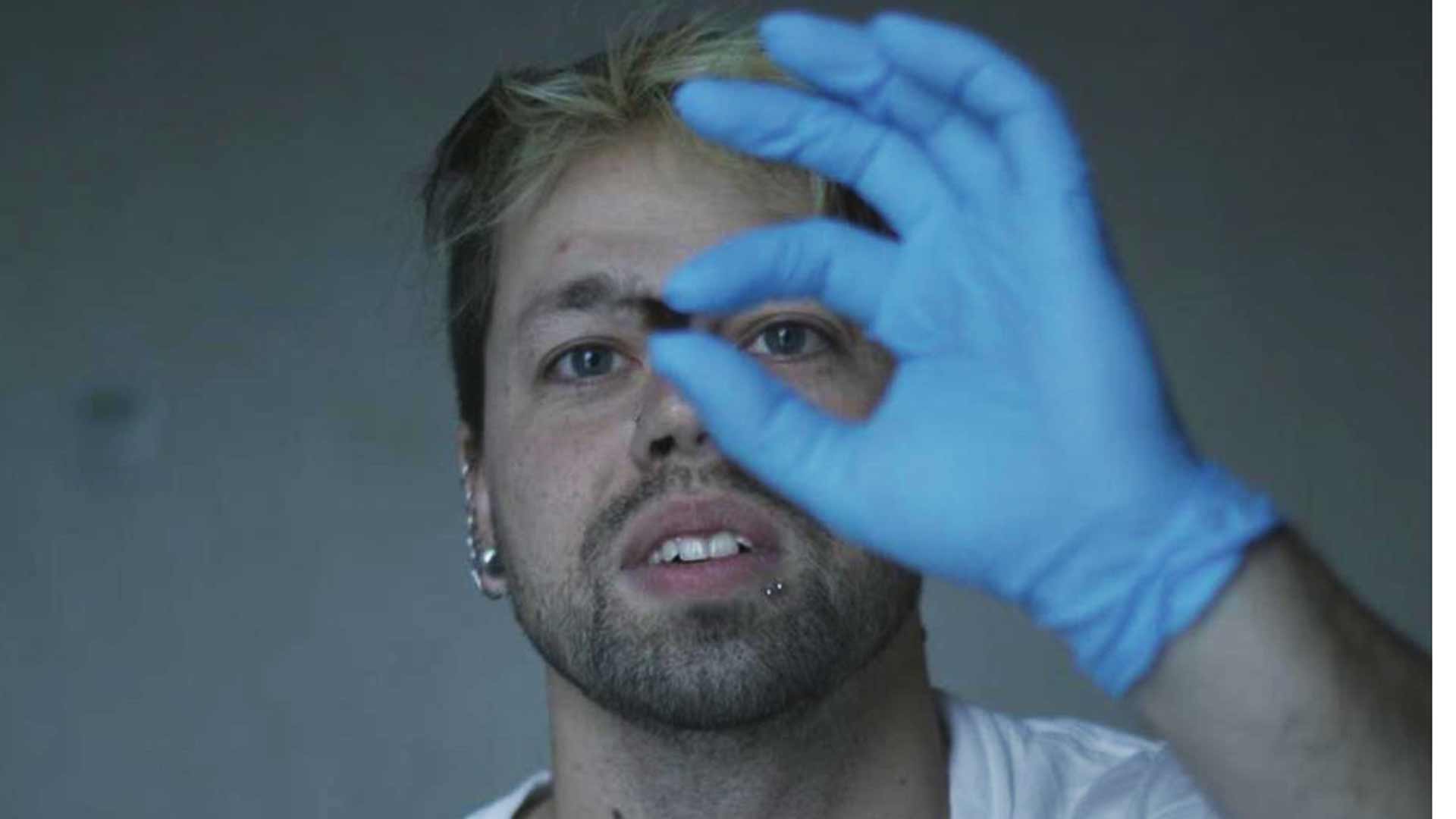 Virgo rules the digestive system — AKA, the gut(s). Virgo is nothing if not a processor! To digest something is to curate and optimize what is valuable, and eliminate the rest. It’s the harvest. It’s editing! When we are confident in our intuition, we say we trust our gut. When something takes guts, that means it calls for determination, courage, even moxie. As we are just beginning to find out, gut health can impact everything from our immune response to our mood.

In this mercifully short documentary, a biohacker named Josiah Zaynor checks into a hotel room with a camera crew and a plan: Riddled by digestive woes for most of his life and at the end of his traditional medical options, he’s ready to take drastic measures and attempt what’s called a microbiome transplant, or as the movie’s tagline puts it, “go to war with his microflora.” Will he succeed in completing this extreme wellness challenge, or has he officially bitten off more than he can chew? Hey, no guts, no glory, right?

Committing to the bit is a huge part of the Virgo experience: Showing up, being on time, seeing it through. Virgos want to be trustworthy, dependable, depended ON, and good for their word. That means it can be hard to say no, back down, or (gasp) quit. Learn from that, and don’t try this at home. Or in a hotel room. Or, like, at all. 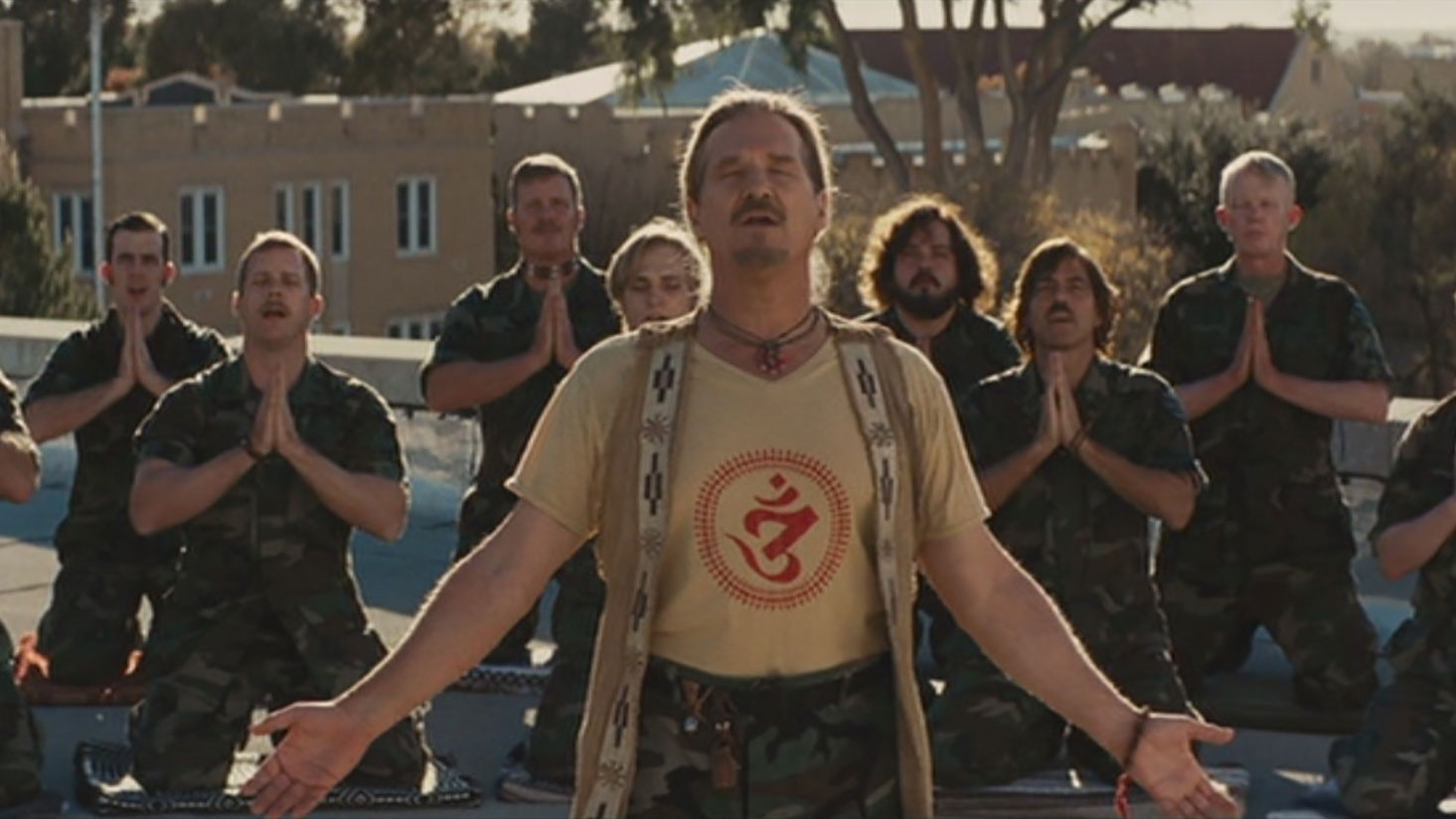 The tarot card we associate with Virgo is the Hermit, a figure in the wilderness, robed and solitary. Replace the traditional lantern the Hermit carries with a lightsaber, and you’ve got Obi-Wan Kenobi. Jedi knights are monastic servants and deadly warriors. The Force is pure earth magic. “Mind over matter” is a Virgo mantra: No big deal, just using hard work and sheer force of will to push through the limitations of the material plane!

The Men Who Stare at Goats is based on the book of same name by Jon Ronson about, among other things, the United States Army’s attempts to weaponize paranormal phenomena and the human potential movement. It puts Obi-Wan (well, Ewan McGregor) in mid-2000s Iraq, not Tatooine. This context is deliberate, and it is an example of the Virgo shadow on full display.

Virgo finds beauty and meaning in cultivating a practice, but has to have a purpose, needs to feel like it is contributing to the world in a tangible way. Mastery needs to be in service. Even “armed service.” But sometimes, putting more energy into something isn’t the answer. Sometimes, you need to fix yourself, help yourself, before you try to intervene with anything or anyone else. Sometimes, you need to face up to and admit your limits. Otherwise, your hubris can do a lot more harm than good, and all of that idealism will curdle into bitter disillusionment.

The Men Who Stare at Goats is available on Vudu, YouTube, iTunes, and Amazon Prime Video, as is a different take on the “ascended warrior” trope: Crouching Tiger, Hidden Dragon (2000) dir. Ang Lee. 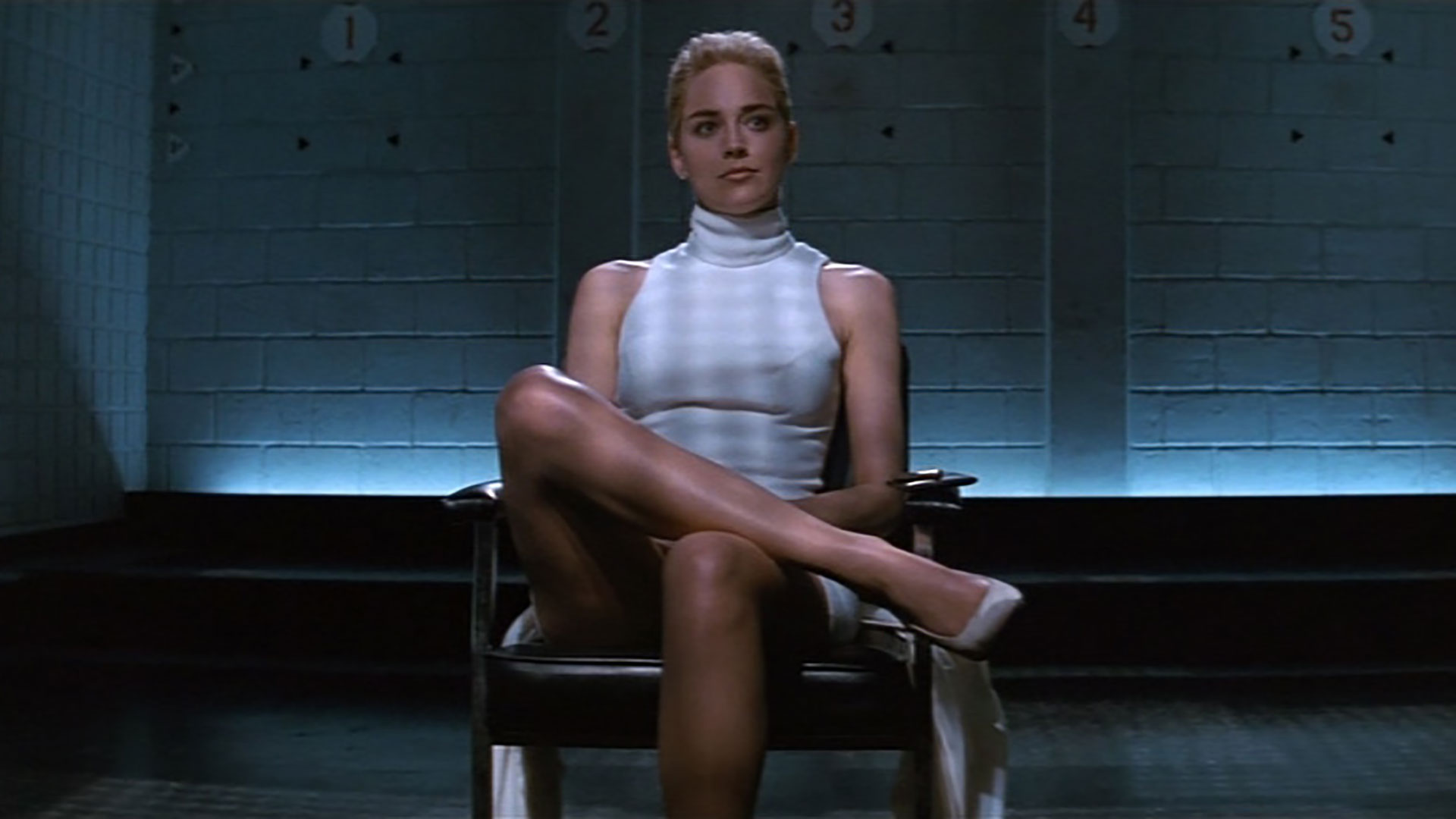 In her breakout role, Sharon Stone plays Catherine, a glamorous and mysterious antiheroine whose antics in flagrante are honestly less shocking than her maintenance of flawless all-white ensembles. Truly a power move in that messy, messy world! As a writer whose art imitates life (or is that the other way around?) Catherine embodies Mercurial talents and cunning. She’s always one step ahead, and while she is certainly no frigid, timid maiden (the infamous interrogation scene alone is proof of that), she also never fully drops the ice queen routine. There’s always a cold and calculating unattainability to her, despite of or alongside her promiscuity, that is quintessentially Virgo. It’s somehow fitting that the murder weapon in play is an ice pick.

Cinescopes is a monthly column about astrology and the movies. View the archive.