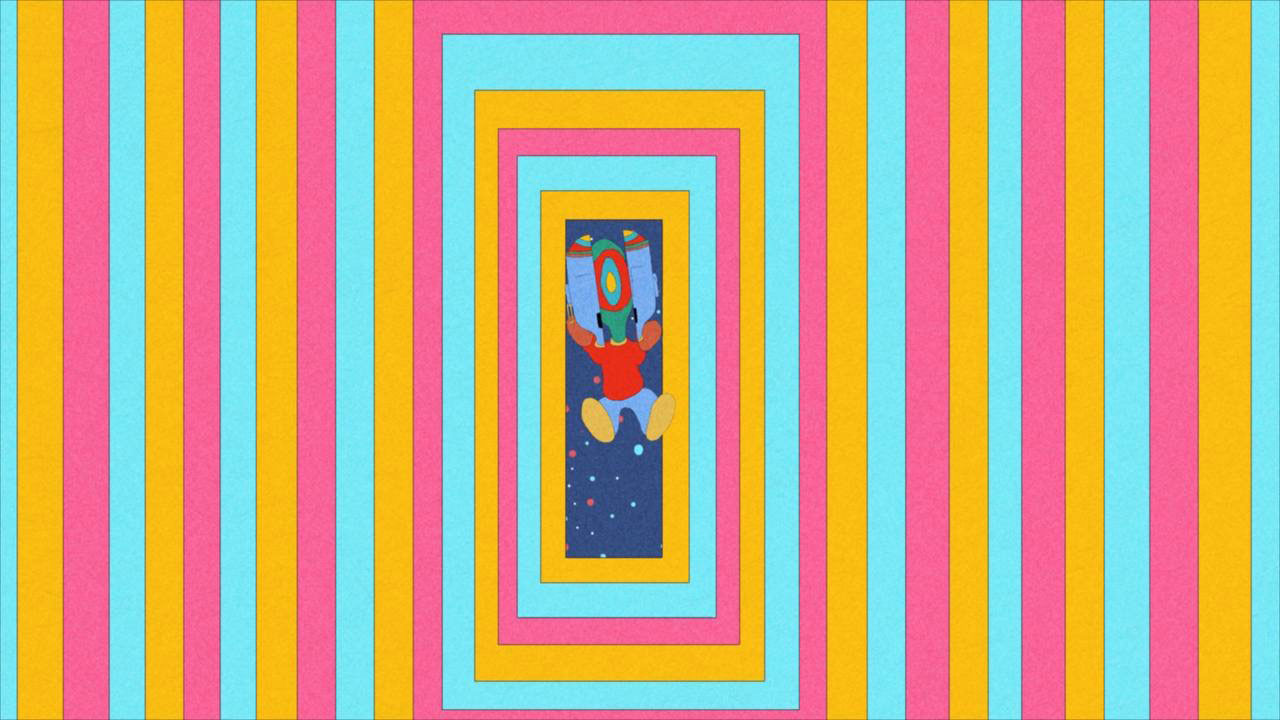 In the animated music video for “Isekai (Accidental Spirals),” a hypothetical date goes so wrong that one of its participants would rather disengage from reality and fall into an alternate space-time altogether. Featuring music by Singaporean musician Claude Glass and animation by Sadiq Mansor, the piece draws influence from such modern animation as Rick and Morty and Midnight Gospel to entrance viewers in a dizzying, colorful swirl of plants, snacks, geometries, and unusual characters.
In the following Q&A interview, Mansor and Isa Ong of Claude Glass speak to their longstanding friendship and a collaboration so natural that the first draft of the music video was also the last.

The track is called “Isekai (Accidental Spirals),” and the animation certainly encompasses the song title completely. It’s spiral-lific! What does an “accidental spiral” mean in this context, and how did you run with that as you were translating the song into visuals?

Sadiq Mansor (Animator):
Prior to this project, I’ve never heard the term “isekai.” It was only after I was approached by Isa (Claude Glass) that I realized it was a common theme in most animes I’ve watched growing up. That theme of escapism” it exists in all of us and in all that we do. We sometimes (or always) want to escape to a more bearable landscape, be it physically out in nature or getting immersed in a virtual game. With that in mind, we decided to create a narrative where a person would be forced into an “accidental spiral.” After much back and forth, we decided on a simple scenario of a “Date Gone Wrong” between two incompatible humans.
Claude Glass / Isa Ong (Musician):
The track’s (and EP’s) title, Isekai, also translates to “different world” or “accidental travel.” It’s also about being taken away (sometimes against your will) from your current environment and thrust to a different reality altogether. Sadiq and I developed on this main theme, and he went to create this beautiful surreal journey, riddled with portals and gateways through different realms. While the song is lyrically dark, dense, and introspective, we wanted to set this within a vibrant and playful animation with a relatable story, to keep the piece light, fun and engaging.

These characters move and morph through many types of body formations and universes, but I see some common themes reappearing in terms of things like leaves, diamonds, etc. What was the significance, if any, of these recurring motifs, and how were they selected?

Sadiq Mansor (Animator):
The world that was created by the protagonist was crafted out of what he was seeing in the restaurant. Imagine a date going so badly [and] having yourself to blame for not being engaging — to the extent that you wish you were transported into a different reality altogether. So from what he could see in front of him [were] signature Singaporean dishes, e.g sambal stingray, sambal kangkong, ice kachang dessert, the plants on the shelves, the statues, the random family holiday photo frames, and a world was created were he could spiral in and out different planes. I don’t know if that makes sense.
Claude Glass / Isa Ong (Musician):
After deciding on the overarching theme of Isekai and its spirals and portals, we thought about how we could populate these worlds. Seemingly random, we threw around ideas like flying stingrays and snowboarding down shaved ice dessert mountains – taking reference from our favourite cartoons like Adventure Time, Midnight Gospel, and Rick and Morty. Sadiq then created environments out of other items and things you’d see at your regular restaurants and re-cast them as surreal motifs and forms. He’s also a huge plant lover, haha! Part of the leaves and plants were also a little reference to an inside joke to our first brainstorming session when we decided to head into a nearby park to steal some plants (Monstera) to propagate. 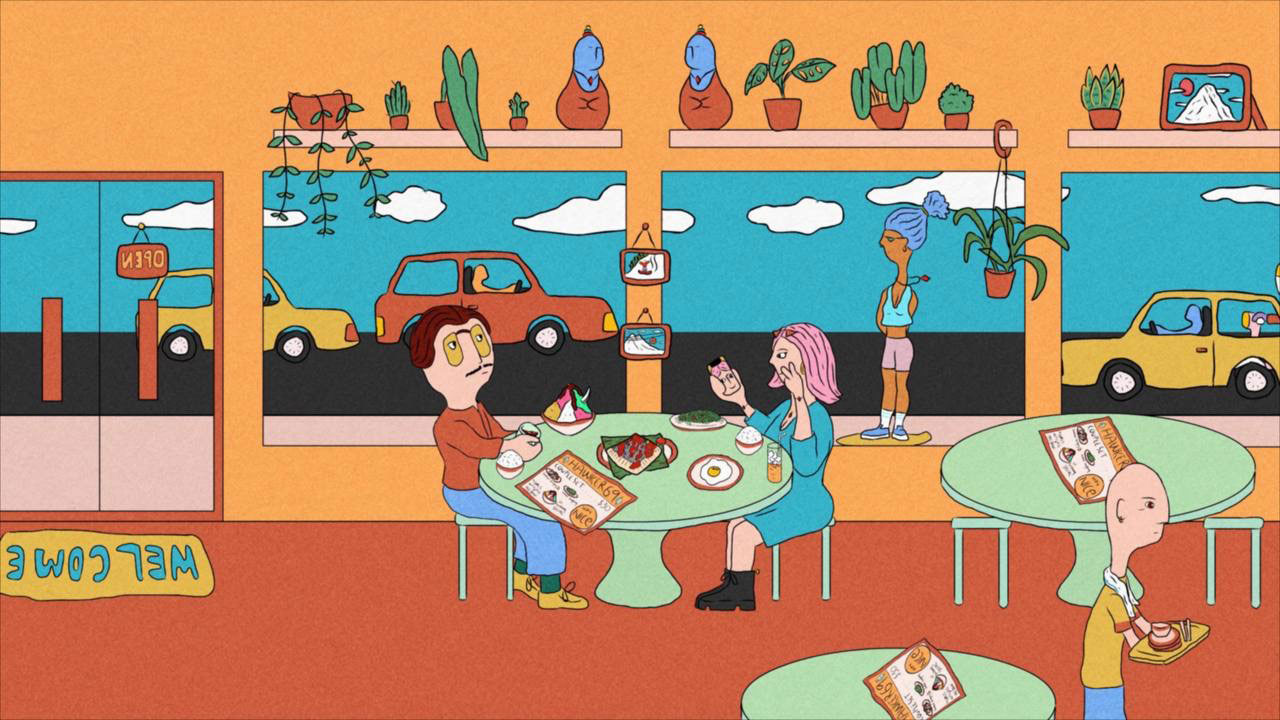 This piece ends in a Hawker69 restaurant, which is obviously such a Singaporean thing and also seems to speak to the intertwined nature of the characters 😉 Why end up in this world rather than stay in foreign universes?

Sadiq Mansor (Animator):
The restaurant scene was set to appear only at the end to finally inject some sort of realistic narrative. We wanted an animation that really did not make any sense to the viewers, apart from it being spirally and accidental, until we reached the outro. Most of my friends do not get the story until I have to explain to them. But it’s okay. That’s the fun part of music videos; you are allowed to make it as experimental as ever to accommodate the new music.
Claude Glass / Isa Ong (Musician):
We wanted to end the piece off with a common scenario in a very relatable situation — not only as a neat conclusion to the otherwise surreal storyline, but also to exemplify that these portals and spirals can exist anywhere and at any given point in time. To me, it’s really just disconnection from your existing environment, which can potentially be achievable through thought alone.

Can you speak to the animation process and technologies used, and how long did the entire process take?

Sadiq Mansor (Animator):
As a film/video editor, I’m used to my own way of editing. I spent a lot of time listening to the track with my eyes closed, and mentally jotting down where scenes should be cut, or made faster or slower. Luckily for me, the track is perfect for that. With the mental timestamps, I started loosely sketching the scenes. I gave myself a lot of space to change and be open to new inspirations. It was a pretty stress-free process, I would say. I wanted to really enjoy the process because it was for a dear friend. Less thinking, more feeling. I drew everything frame by frame on Adobe Animate. It took around 3 months. 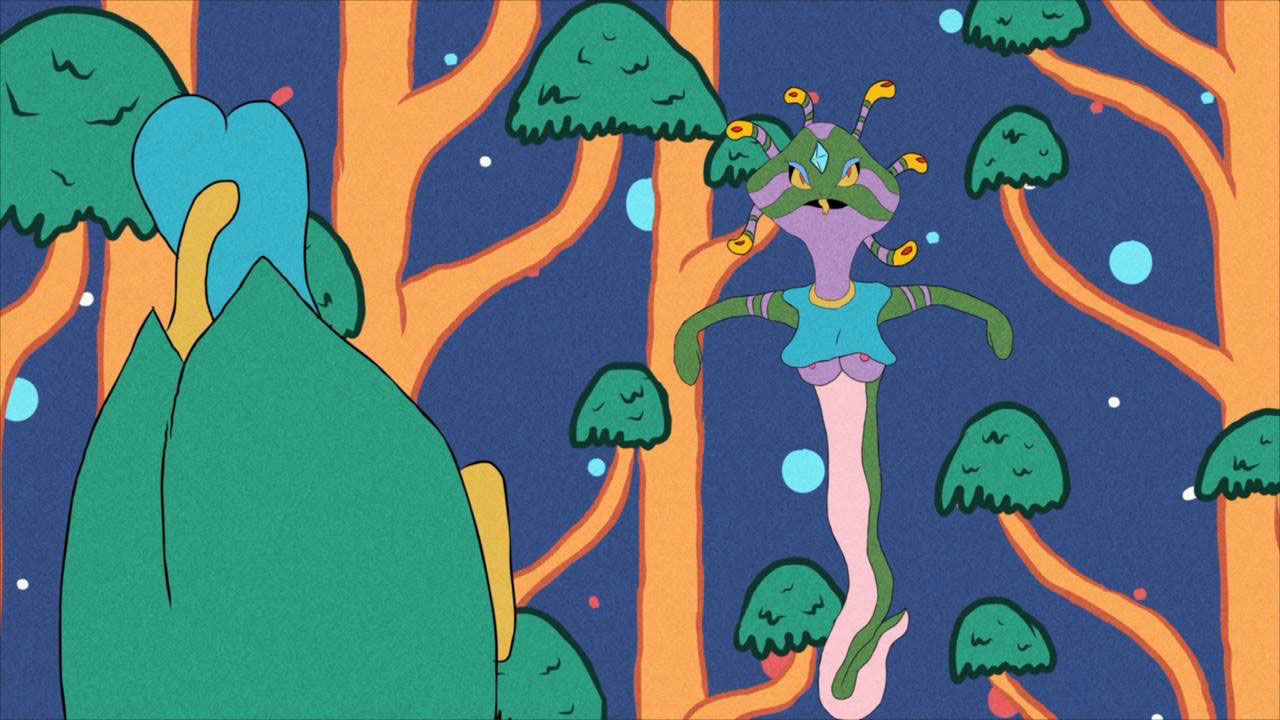 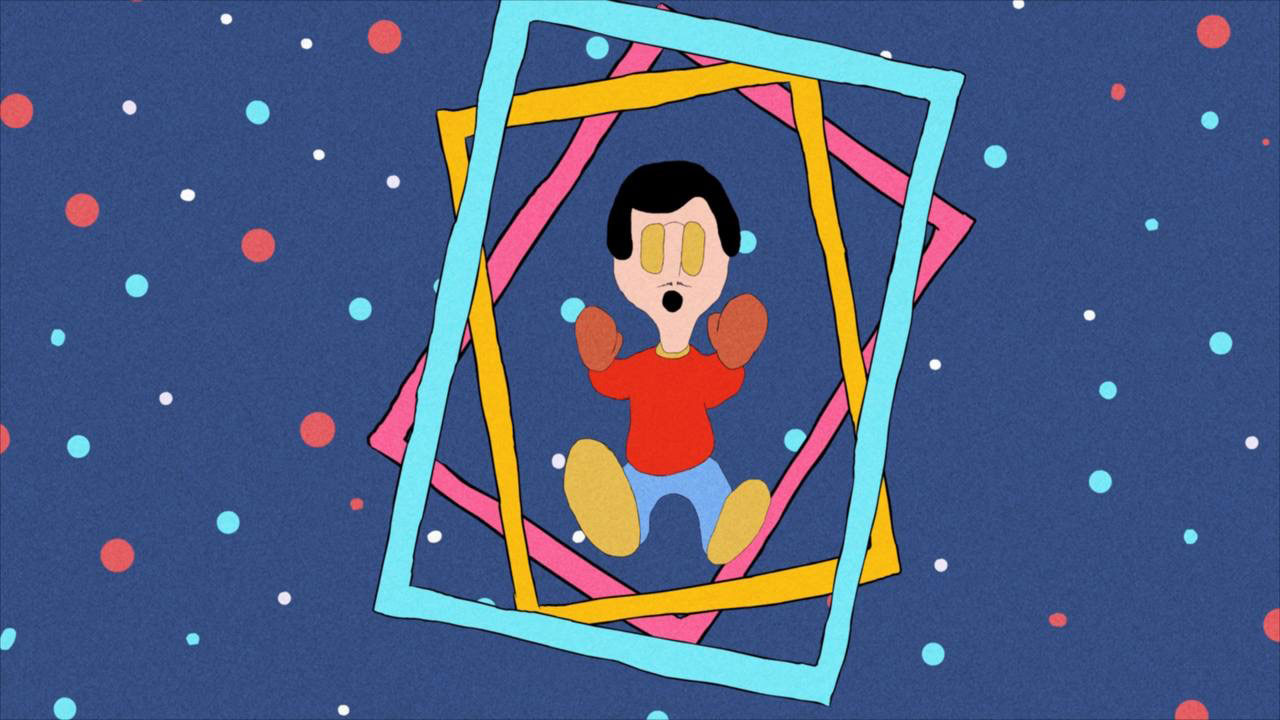 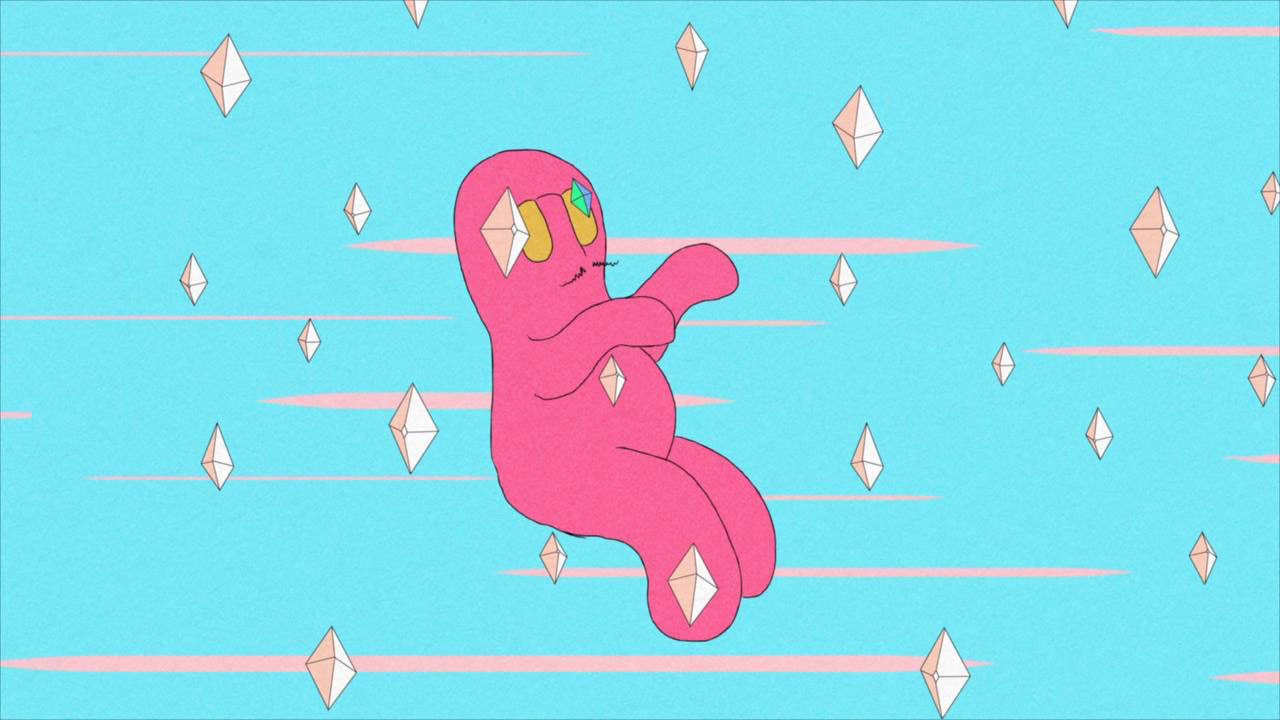 How much back-and-forth was there in your collaborative process, and why do you think your work lends well to one another’s?

Sadiq Mansor (Animator):
Almost none. Isa and I go way back. We’ve been friends for more than a decade. He was always in the music scene early on with different rock outfits and as a rebellious teen, I was sucked into that culture. We realized we got along really well early on. This wasn’t the first time we collaborated. I photographed him for his early solo works as well. So right from the start, after establishing the narrative, I was given full control of what I would do. The video you see now was exactly the same one I showed to Isa when I first exported it. Talk about trust!
Claude Glass / Isa Ong (Musician):
Sadiq and I have been really good friends for a long time, and I’ve always been a big fan of his work in photography and videography. I was thrilled to find out he had been working on original illustrations since the COVID-19 lockdown here in Singapore, and was just drawn to his bold colours and the wild, imaginative worlds he created. As I was in the middle of writing the EP at that time, I felt a really strong connection between the theme of the release and his work, and that was pretty much it! I trust in his creative spirit and his “eye” so much that I knew anything he came up with would be perfect.
FOLLOW THE ARTISTS:
Claude Glass: instagram
Sadiq Mansor: instagram 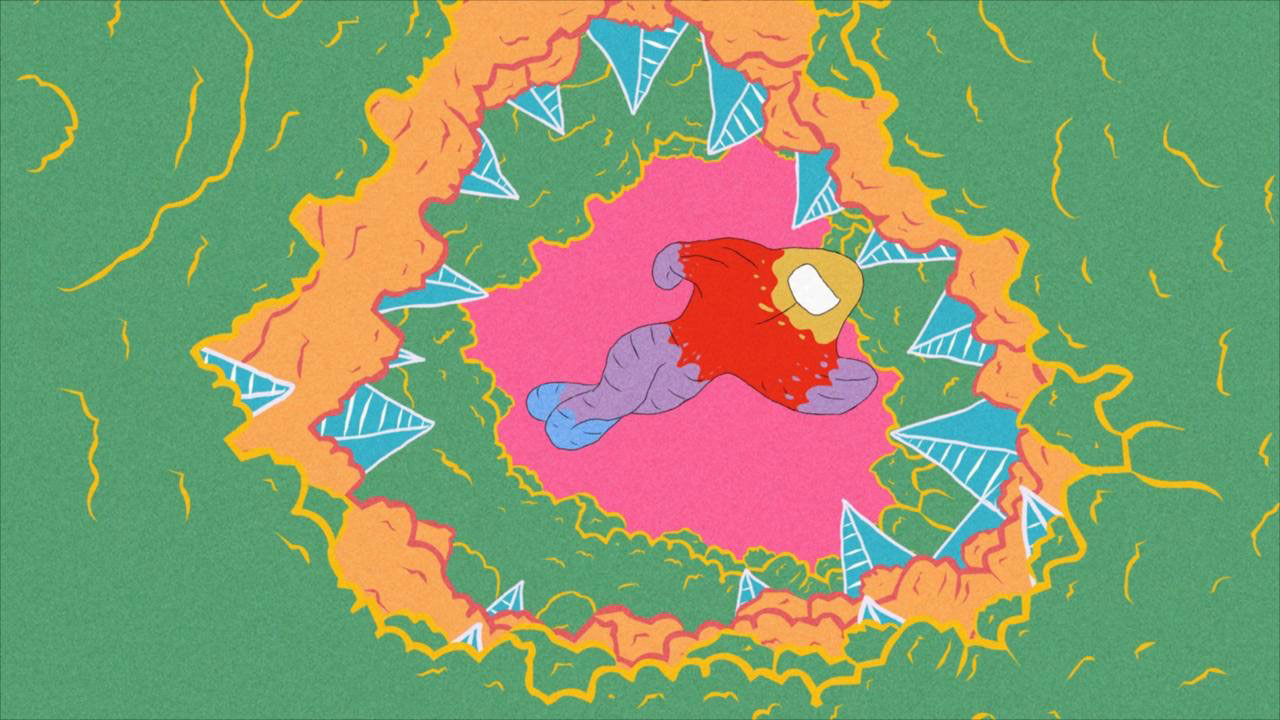 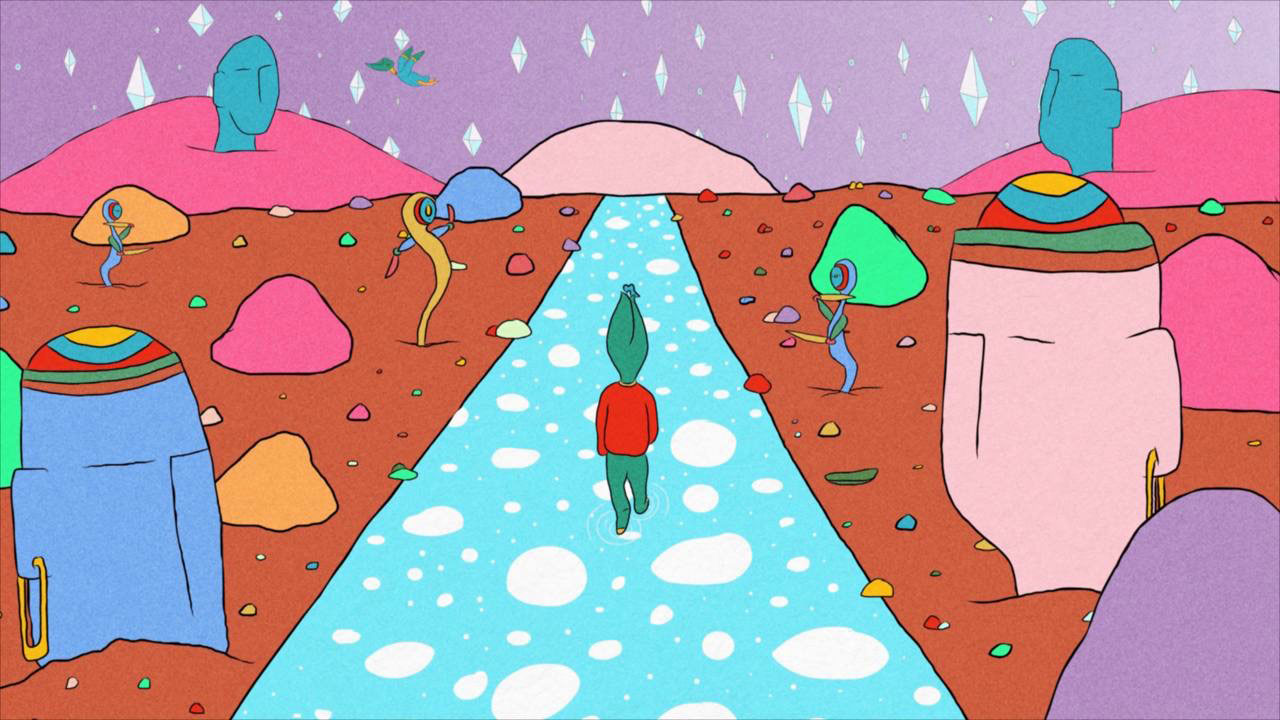 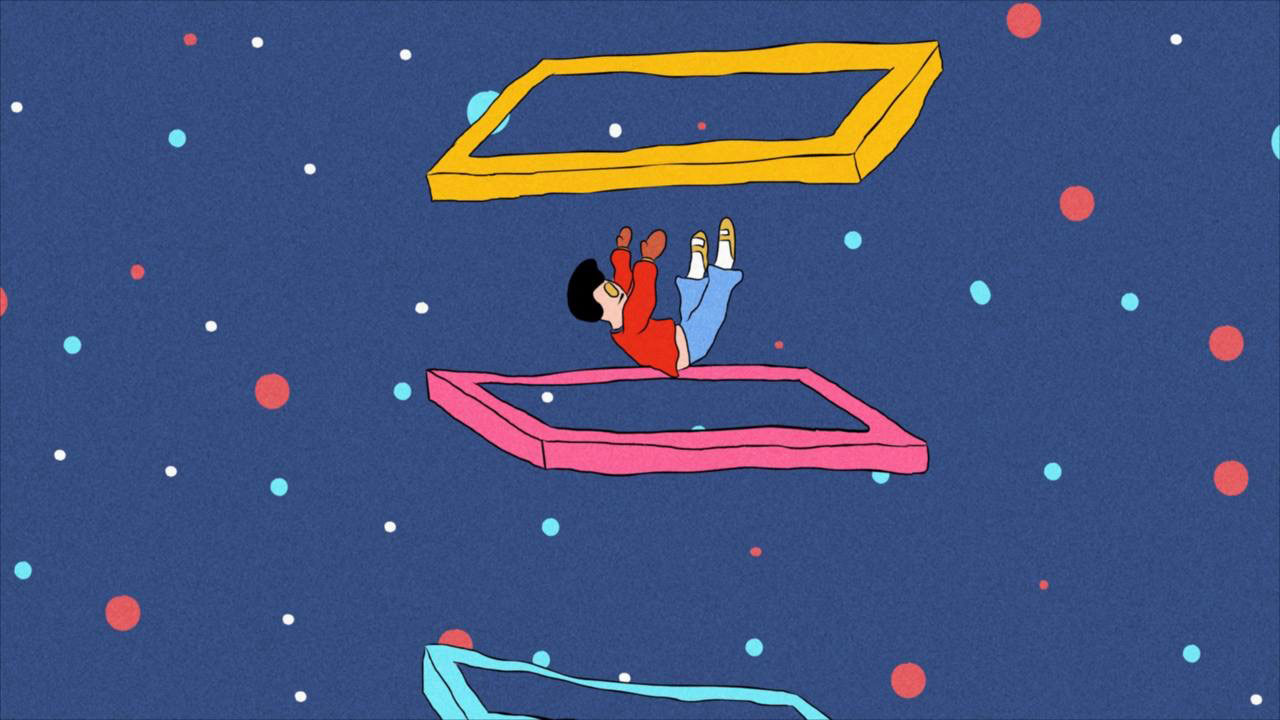