Emerging from Grand Soleil‘s aptly titled 2021 album, Human Error, the music video for “Round Round Round” uses raises ecological consciousness through a dreamy sci-fi frame. The music video is a work of art which personifies the French brotherly duo’s driving basslines and was crafted in careful collaboration with director and animator Ugo Deseigne. It takes inspiration from animators all over the world, as well as Deseigne’s short film, La Passeur, which translates loosely as “the ferryman.” As a faceless, god-like mythological figure, La Passeur has the interdimensional power to save Earth from certain human destruction — though whether that truly ends the cycle remains to be seen.
Human Error, a colorful and eclectic full-length which will be released on April 9th through Nowadays Records, follows their 2020 EP, Réalité. Though the album may address heavy concerns of our current time, “Round Round Round” is proof that it does so with a great deal of humility and nuance.
In the following Q&A interview, both Grand Soleil and Deseigne chime in about the process of working together, the stylistic choices that they made, and the music video’s larger significance.

How did this collaboration come to fruition? Can you speak briefly about the process of working together to create the visuals?

Ugo Deseigne (Director & Animator):
After posting a short movie named La Passeur on a private animation group on Facebook (in July 2019), the two brothers of Grand Soleil called me. They were interested to collaborate with me. We thought on a new story, but we kept the graphic identity of my short film, and we created together the scenario of “Round Round Round.”
Grand Soleil (Musicians):
We always had in mind this bass that sounds to us like a gigantic entity — maybe like the heartbeat of Earth — and the vocals sound like a tribal incantation… so when we discovered the work of Ugo Deseigne by his short film, Le Passeur, it felt like evidence: we had to work with him.

Based on [a scene from] his short film… where La Passeur is coming down to earth to raise the dead whales from the ocean… we imagined together to apply this story on a much bigger scale. La Passeur could do this with every animal on earth and cast a spell to reset the planet from the damages caused by humans.

We had a lot of inspirations in common, so it was really fluid to work with him. Otomo’s Akira, Moebius, Jodorowsky’s Dune, Miyazaki… those names were constantly in our mind during the writing of the scenario. Then Ugo did a wonderful work on his own to put it on screen. Emotion was the keyword, and we think that he succeeded to transcribe this with his drawings. A lot of credits to him; he was still in animation school when he worked on this music video!

What is your favorite moment in the music video, and why?

Ugo Deseigne (Director & Animator):
I don’t really have a favorite moment in the video, because for me, they’re all important. But if I had to choose only one moment, it would be when earth is encompassed by the luminous sphere. I find this really beautiful, and the music in this moment is really soothing.
Grand Soleil (Musicians):
The first shot of the animals floating together in space (1:50), which reminds us of a wonderful shot in Miyazaki’s Porco Rosso in which the main character has a vision of all the planes that went down during the war, and they form an endless parade above the clouds. Then Ugo takes a huge step back, showing us that the animals are now forming a ring of colors around Earth, making it looks like Saturn. By rewatching Jodorowsky’s Dune after the music video was completed, we’ve realized that there is a similar scene at the end of it. So once again, [Jodorowsky’s] never-done masterpiece has influenced other artists!

This track comes off a record entitled Human Error, and the music video clearly points to humanity as something that is problematic for the planet. Can you speak to the ecological message you’re trying to convey, and what role you think your music and art can play in furthering that?

Ugo Deseigne (Director & Animator):
Of course, behind this video there is an ecological message. But we find it interesting to turn it away slightly. If we can raise awareness [to] people about this ecologic message, it’s good. But the video is not only ecological; it’s also science-fiction.
Grand Soleil (Musicians):
It appears to us that we are beyond the time where ecology was just a cause alongside others. There is no more questions about the fact that we are destroying our planet.

Concerning our role that our music can play, we don’t think that we are trying to bring awareness to whoever watch this music video. We think that people are already aware of the problem. This artwork is more the expression of a dream — or a nightmare, born out of deep anxiety, and the reminiscence of lots of sci-fi movies, books, and anticipatory fictions, more than an ecological message, properly speaking.

The friendly animation style and the vibrant tones of the music create an atmosphere that speaks about heavy topics yet is presented in an easily-accessible way. What do you see as the benefit to approaching such a heavy topic in this manner?

Grand Soleil (Musicians):
There is a certain sweetness in it, that’s for sure. But we didn’t think of it in term of accessibility we just wanted to make something really emotional. Animation ables endless visual possibilities, so it’s always a natural choice for us when we’re looking for a music video director. The visual style of Ugo Deseigne reminded us of several artists that we like. There is Moebius, Miyazaki, and more recently, the movie The Red Turtle, produced by Studio Ghibli. They proved that extreme violence and heavy subjects can be treated with beautiful, colorful and emotional drawings.

Do you believe the planet has reached the “point of no return” for global warming? What actions or best practices do you believe human beings should be adopting?

Ugo Deseigne (Director & Animator):
I’m nobody to say if the earth has reached the “point of no return,” and I don’t want to have a moral tone, but of course we have to take care of earth. It’s our home; we don’t have two like this. I think before going to Mars, maybe we should worry more about the problems we have to solve here. But once again, I’m no one to each lessons, haha.
Grand Soleil (Musicians):
We hope not. But the fear the possibility that it is too late is somewhere in our mind.

Concerning human behaviours, we don’t have the pretention to tell anyone what to do.

Is there anything else you would like to add about the music video?

Ugo Deseigne (Director & Animator):
For this video, except the scenario (co-writted with Grand Soleil), I did everything by myself. It has been a long process. There are different steps in animation movies, and it takes time if we want to respect each of them. I worked on the video for more than a year — not everyday, because I’m still student, but we are happy with the final result.
Grand Soleil (Musicians):
After writing together the scenario, Ugo did everything alone for a year while he was still at school! Every month he sent us his work in progress and we could tell from the beginning that it was going to be good.

We are releasing an album called Human Error in April. Then we hope that we will play live very soon ! 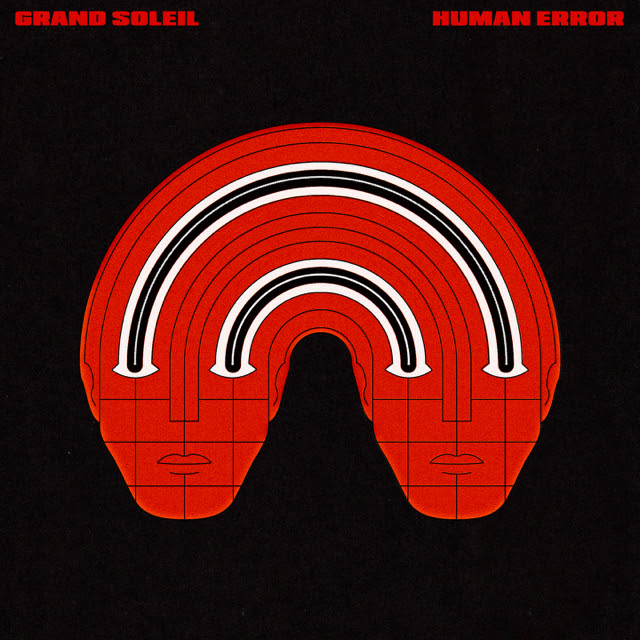 Human Error will be on April 9th through Nowadays Records.