With luminous rainbow tones, the music video for Matt Evans‘ recent track, “Firn,” draws its name from a geologic term defining the “liminal striation between glacial ice and snow.” Crafted in VR by visual artist Gracelee Lawrence, the piece is inspired by the work of Devra Freelander, a sculptor, eco-feminist artist, and Evans’ recently passed partner. “Firn”‘s combination of technologies and themes expands upon Evan’s practice of worldbuilding with his music, resulting in an audio-visual work that references the tangible but lives in the realm of the ineffable.
Evans and Lawrence discuss the piece’s liminality, layers, and limitations in the following Q&A.

“Firn” is based off a geologic term. Can you speak to how the music was inspired by the natural world and what you were hoping to convey?

Matt Evans (Musician): I tend to choose titles before I make music, but this time I worked the other way around. I had the piano tracks from a recording experiment years ago and had the idea to add some subtle, fragile string drones to glue the music together and highlight the shape and form of the composition. Once it was done, I wanted to find a geologic — specifically glacial — term that seemed to capture the wandering energy of the music and connect it with the rest of the music on the record that is heavily inspired by sculptor Devra Freelander. Devra was always looking to nature for sublime inspiration, and when I read that firn was a liminal striation between glacial ice and snow, I felt like it really tapped into the intention of the music — an in-between; of falling piano lines and sustained string tones.

How did the two of you come to collaborate on this piece, and how much back-and-forth was there between you throughout the process?

Gracelee Lawrence (Video Artist): After talking with Matt about the record and listening to the track, I had the idea of building out a VR environment that could be traversed and explored. In the winter, he came up to my studio in Troy, NY and had a chance to spend some time in the VR environments that I’d built out for the track. We were able to figure out what was working, what needed changes, and how to match the choreography of the screen capture with the track. We also discussed details in the editing phase, but once we had a solid ground with the VR space it was smooth sailing.

Matt Evans (Musician): Gracelee and I have been close friends for a number of years and met through Devra. When I was working on the record and thinking of artists to collaborate with to make a video, Gracelee came to mind right away. I think of a lot of Gracelee’s sculpture as living mid-morph between digital art and physical sculpture, so connecting another liminality into the project seemed perfect. She proposed the idea of building out a VR environment that could be explored, and we discussed how these spaces are “real” while being seemingly “unreal” because of their lack of physical space. I was stoked; it all felt very akin to my own musical worldbuilding. We went back and forth a bit to line up the musical specifics, but truly, the first cut was so powerful that there was only a very short discussion about “tone” and “color.” 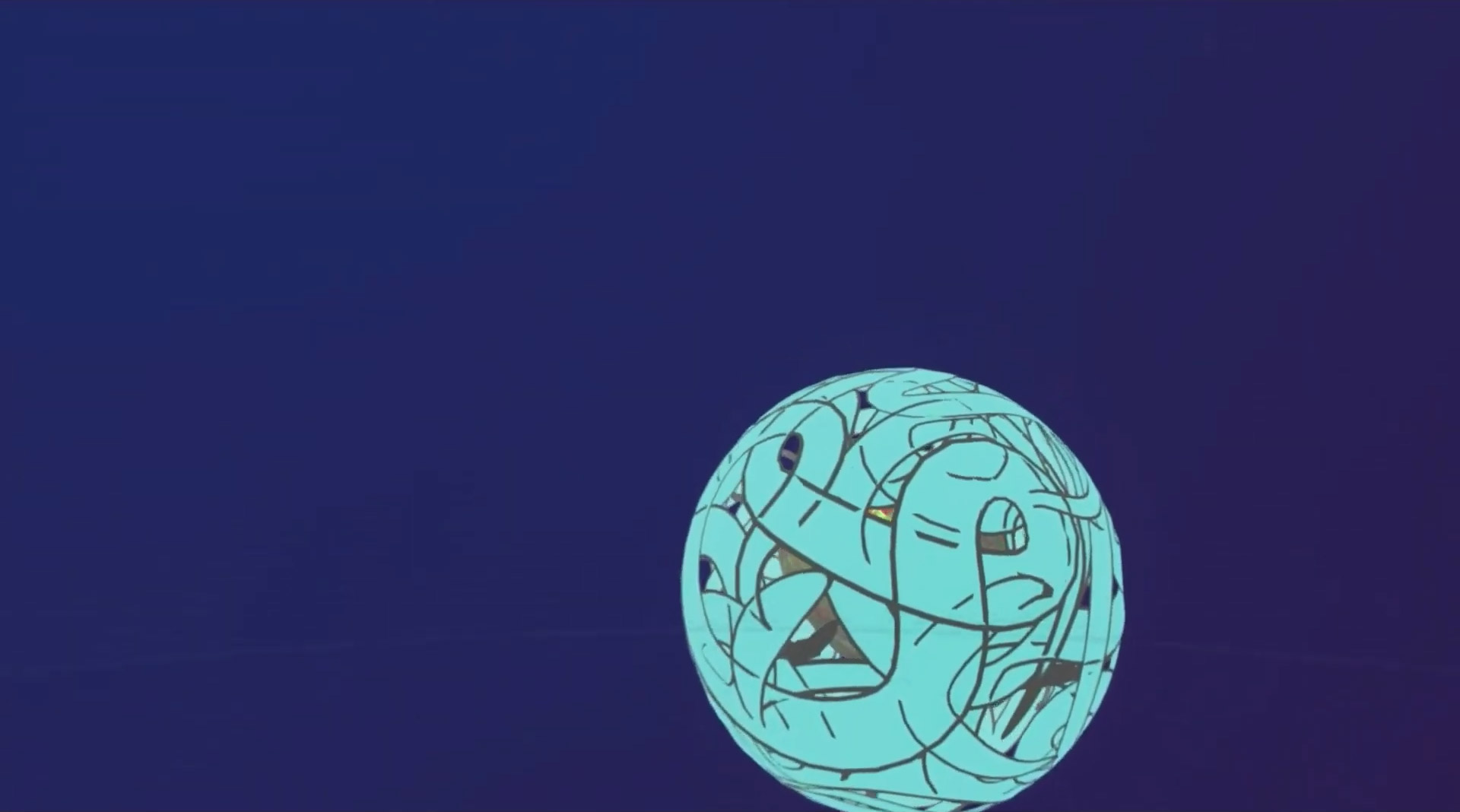 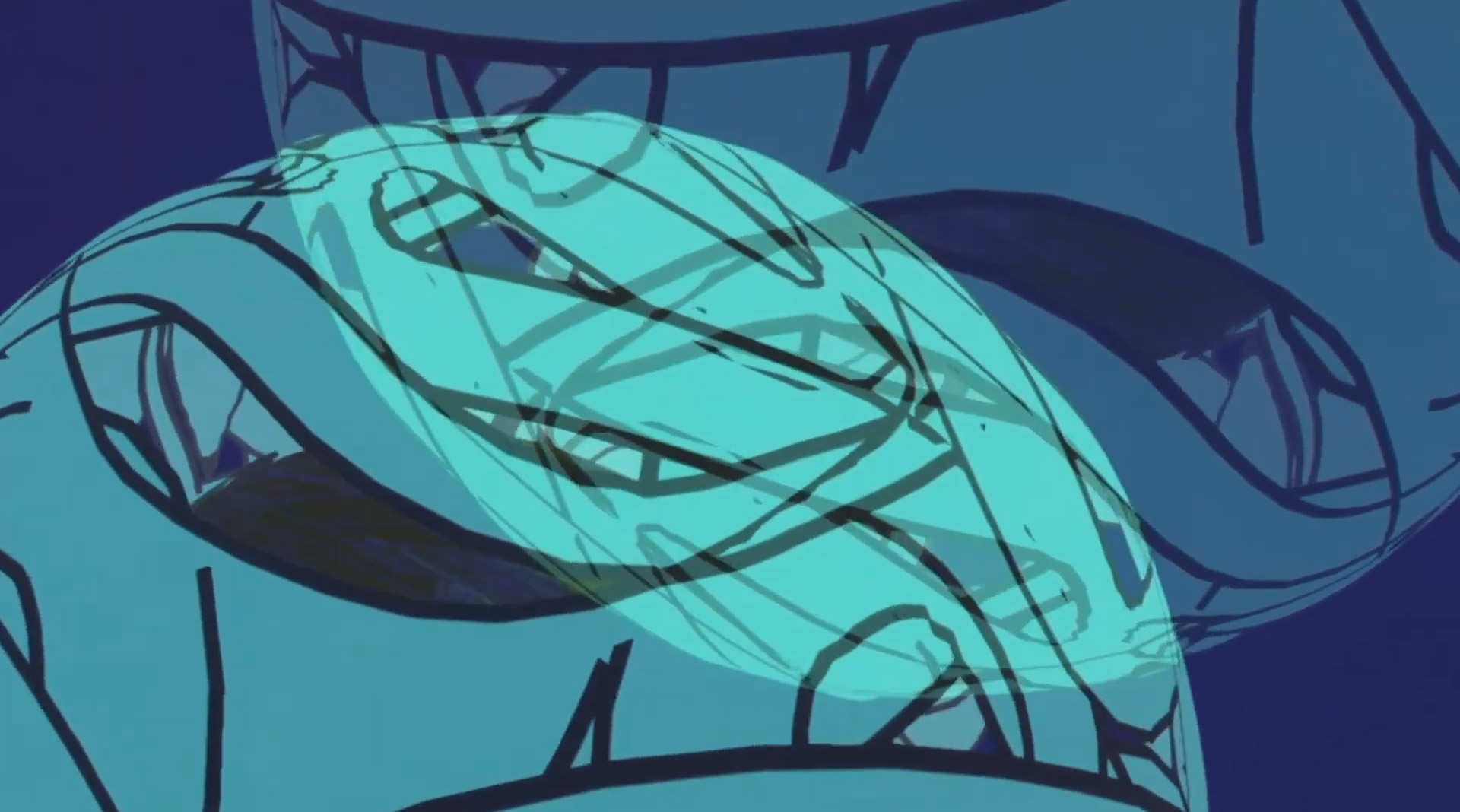 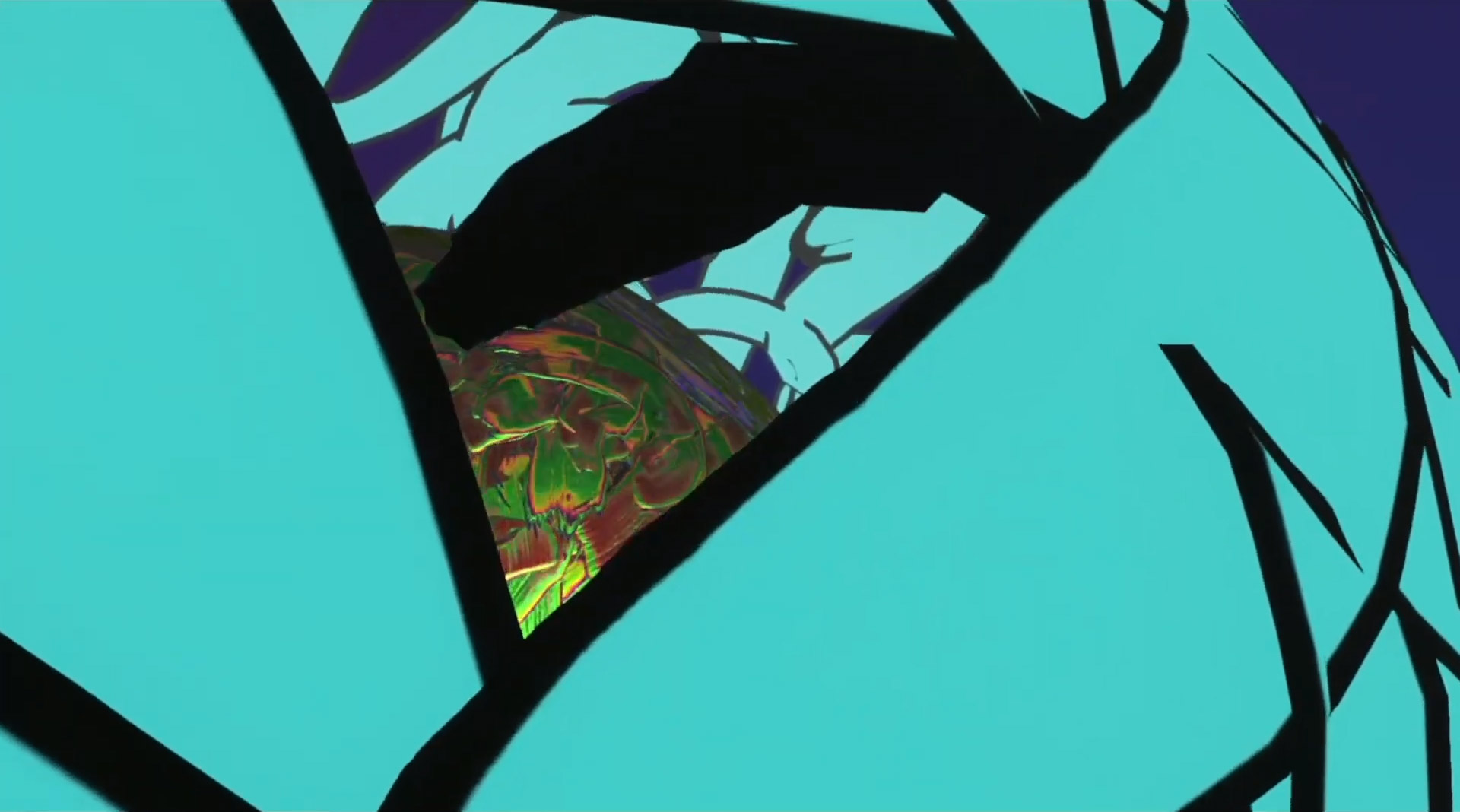 The music video is quite luminous, with many layers and orbs changing over time. How did the theme of the track come into play as you were creating the visuals?

Gracelee Lawrence (Video Artist): I was struck by the layered nature of the track — the way that it seemed to nestle into itself and then gently disengage only to begin again. Thinking about firn as an aspect of glacial topography that is often hidden and interior, I wanted the visuals to suggest the ability to move easily through complicated layered systems in order to expose the core. In making the video, I was particularly thinking about universe-building, micro/macro, untouchable heavenly bodies, and the 1977 Charles and Ray Eames classic Powers of 10.

Matt Evans (Musician): Gracelee put this extremely well. I was also struck by the luminosity, living-ness, and unique-ness of each layer.

This piece was directed and shot in VR. Can you speak a little bit about that process and techniques behind creating it?

Gracelee Lawrence (Video Artist): For this video, I built out a VR environment and made a screen capture video while I was moving through the space. Of course, there was secondary editing, but the most important decisions were made during the screen capture. Just recently I started using a VR sculpting app in the making of my work. There is a wonderful sense of responsiveness to body, gesture, and posture that I’m super interested in- it operates in a rich middle ground between the physical and the digital. This track has a liminality that is similar to this in-betweenness I’m exploring with VR and AR technology.

Why did VR feel like an appropriate medium for this track?

Gracelee Lawrence (Video Artist): Creating a VR world felt aligned with the unfolding feeling of the track. The VR world can be explored in an almost infinite number of paths, scales, and vantages, so compared to animation, it holds a sense of vastness, possibility.

Matt Evans (Musician): Since VR can create a dreamy world that exists from a singular POV, it felt deeply aligned with worldbuilding. And riffing off of a comment from earlier: I felt this VR space tied into the theme of the record, touchlessness, in the sense of creating a “real” space that cannot be physically touched. There’s also a connection between VR as a contemporary medium and the music having a nostalgic tape recorded medium where both have specific limitations, quirks and glitches — both the music and the video play with using these limitations as part of the language (tape hiss / crackle and VR glitches between layers) that seemed to reach through time and connect two seemingly disparate mediums. 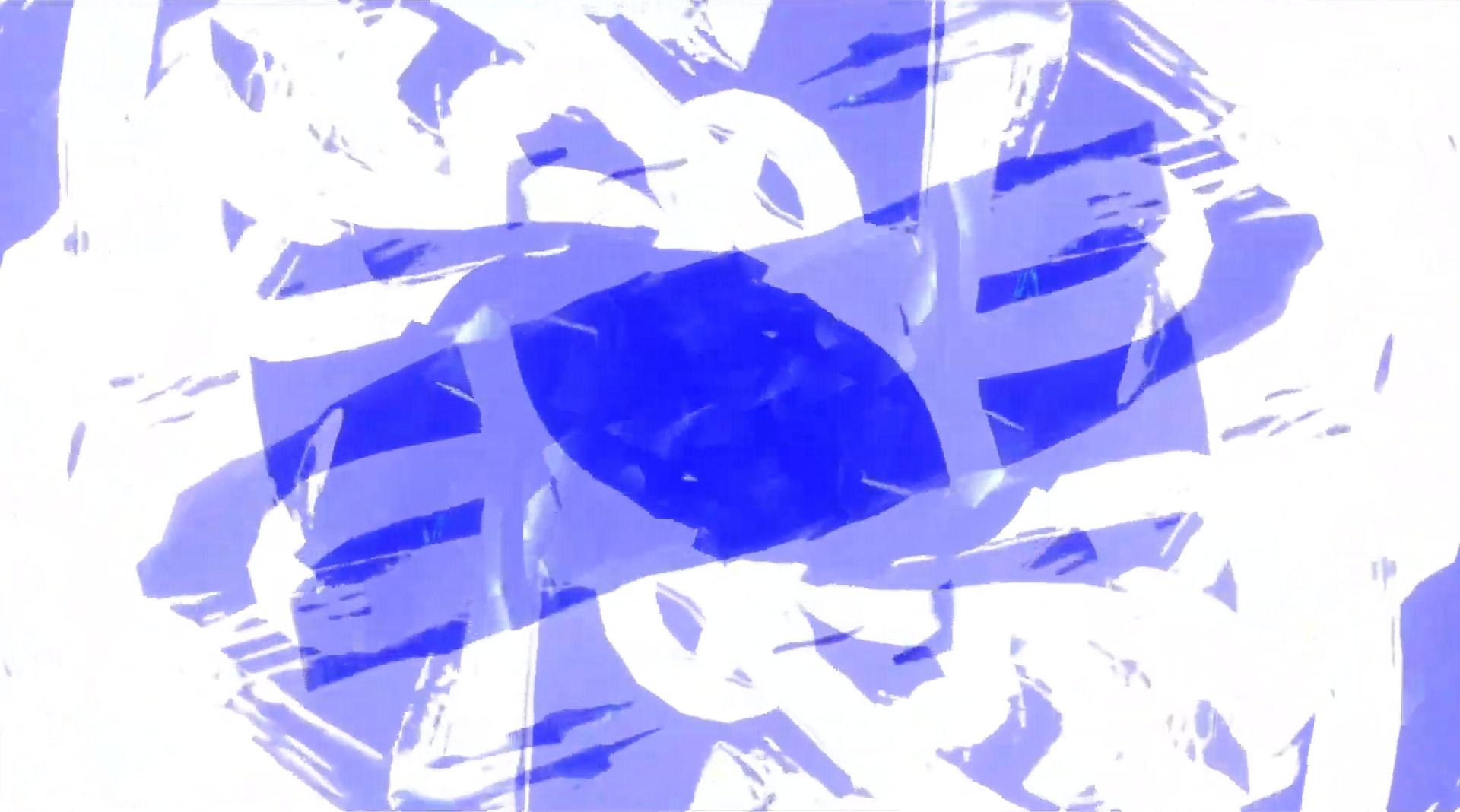 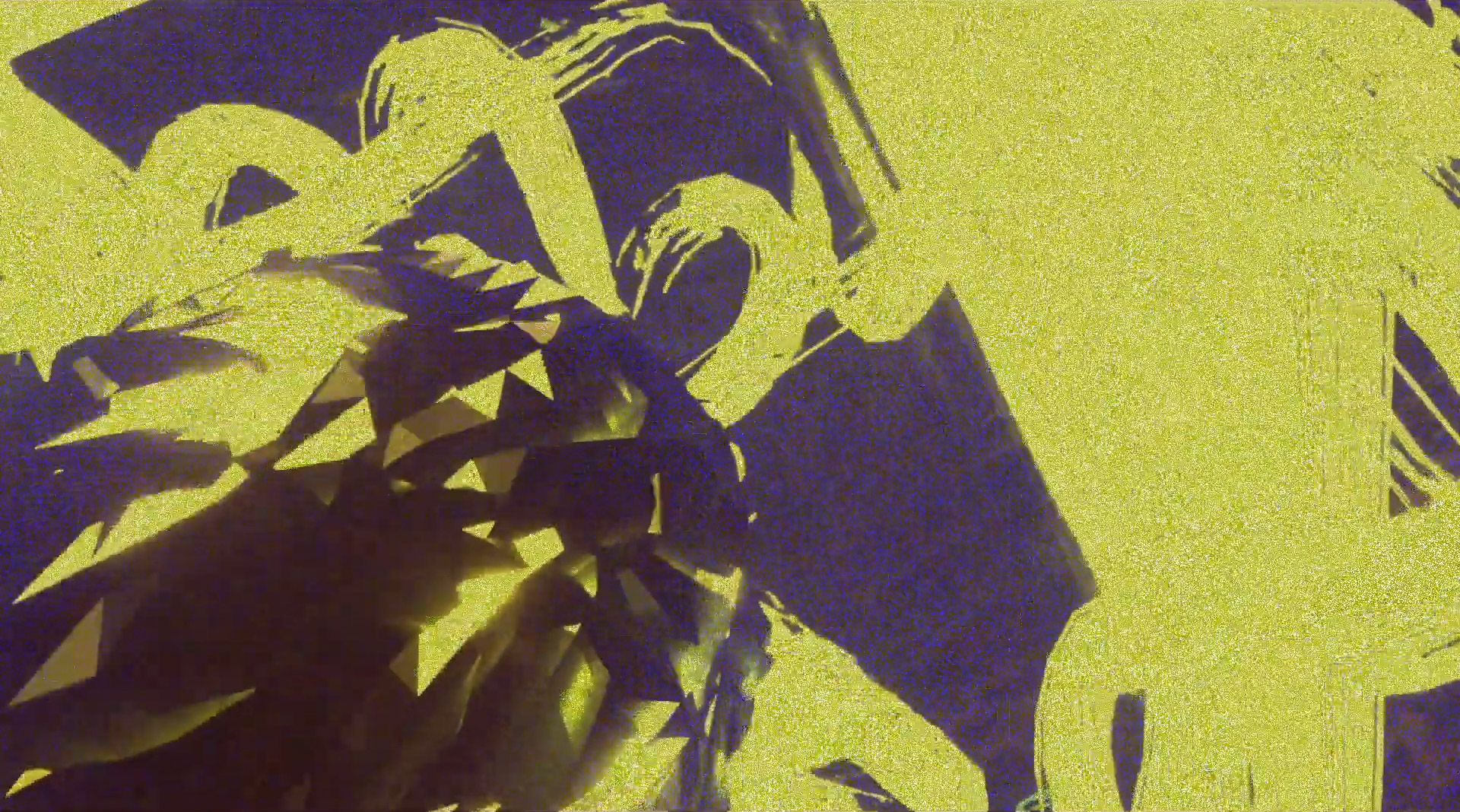 Gracelee Lawrence (Video Artist): The journey into VR has been so exciting and Matt was actually in town visiting the weekend I found these great VR kickboxing games that really came in handy during the upstate winters. We were taking turns with the headset all evening and the next day I could barely walk down the stairs!

Matt Evans (Musician): Yeah that VR kickboxing game was extremely fun lol. Also getting a chance to roam around the VR space before shooting the video was a real treat. I want to take another trip to the orb 🙂

touchless is a tender collection of delicately floating, glacially paced, ephemeral meditations on the wandering experience of grief and loss, unfolding like a running commentary spoken in whispers. Evans made the album between 2019 and 2020 after the loss of his partner, sculptor and eco-feminist artist Devra Freelander. Devra was a light, and through her life and art, she worked tirelessly to imagine ways of expressing empathy and love on a geologic scale. Over six intimately textured tracks that are suspended in a dreamy haze, touchless questions the phenomenology of touch, reaching to transcend the boundaries of the physical to embody touch while remaining touchless.