Vee Hua 華婷婷7 min read9 months agoAdd comment
Proudly known as “The First Home to Asian American Cinema, the New York-based Asian American International Film Festival (AAIFF) entered its 44th year in 2021. Running from August 11 to 22, the festival was presented with a hybrid in-person and virtual model, which allowed for the many colors of Asian American and Pacific Islander voices to be elevated and seen across the country. Below is a quicklist of the best shorts of the festival, spanning a variety of identities, themes, and artistic styles.

Please head over to the AAIFF site to view the entire festival program. 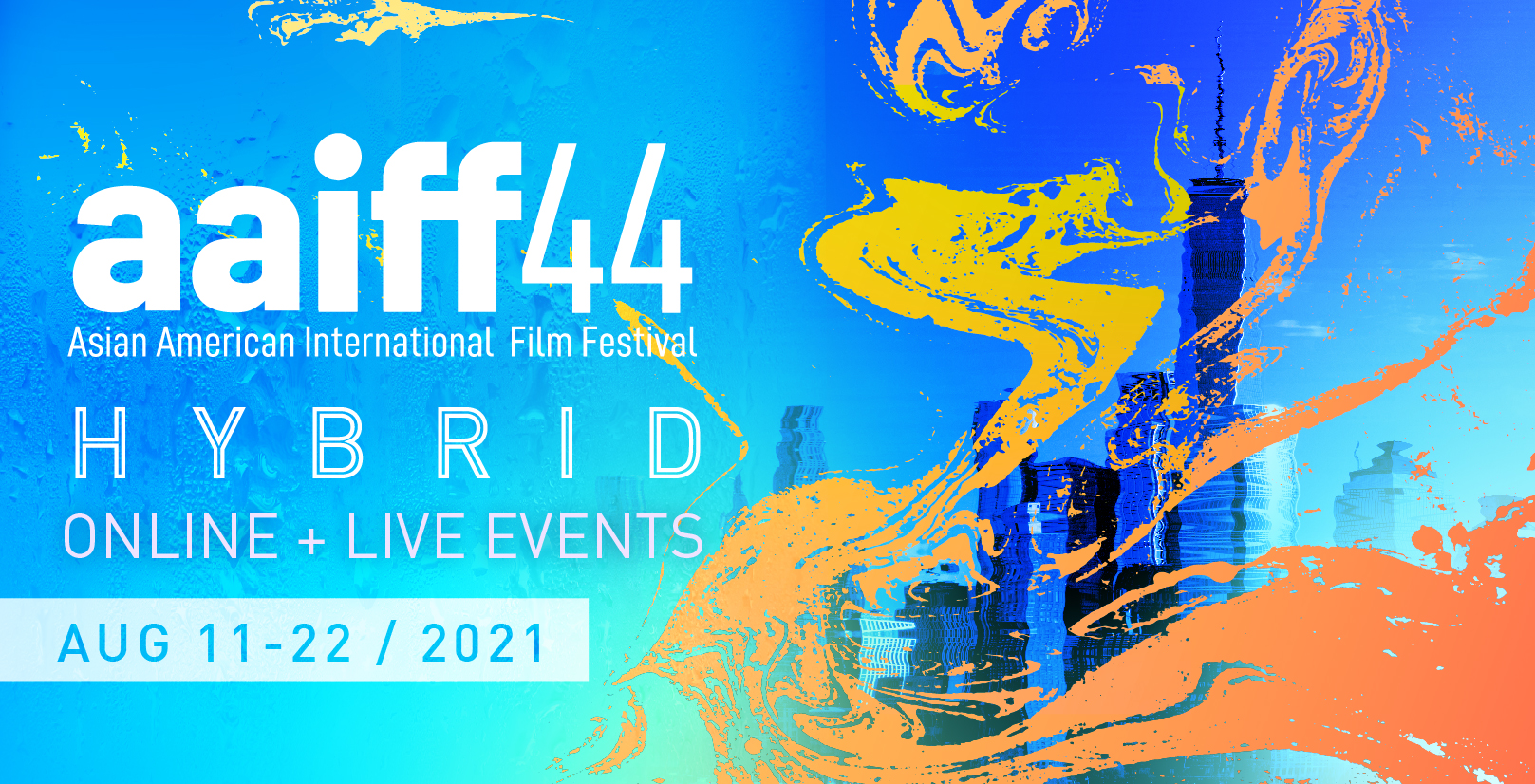 Long after China’s One Child policy forces a mother to give up one of her daughters for adoption, she decides to travel with her younger daughter to Los Angeles, in search of the lost one. A cross-cultural exchange, Apart, Together masterfully uses bilingualism and complex family dynamics to weave together a drama where mother and daughter are forced to assess the worth and value of their bond.

When the main character says, “It wouldn’t be cheating, it would be experimenting,” his sentiment summarizes everything about Anything for You, a comedic short featuring two best friends who might go to any lengths… 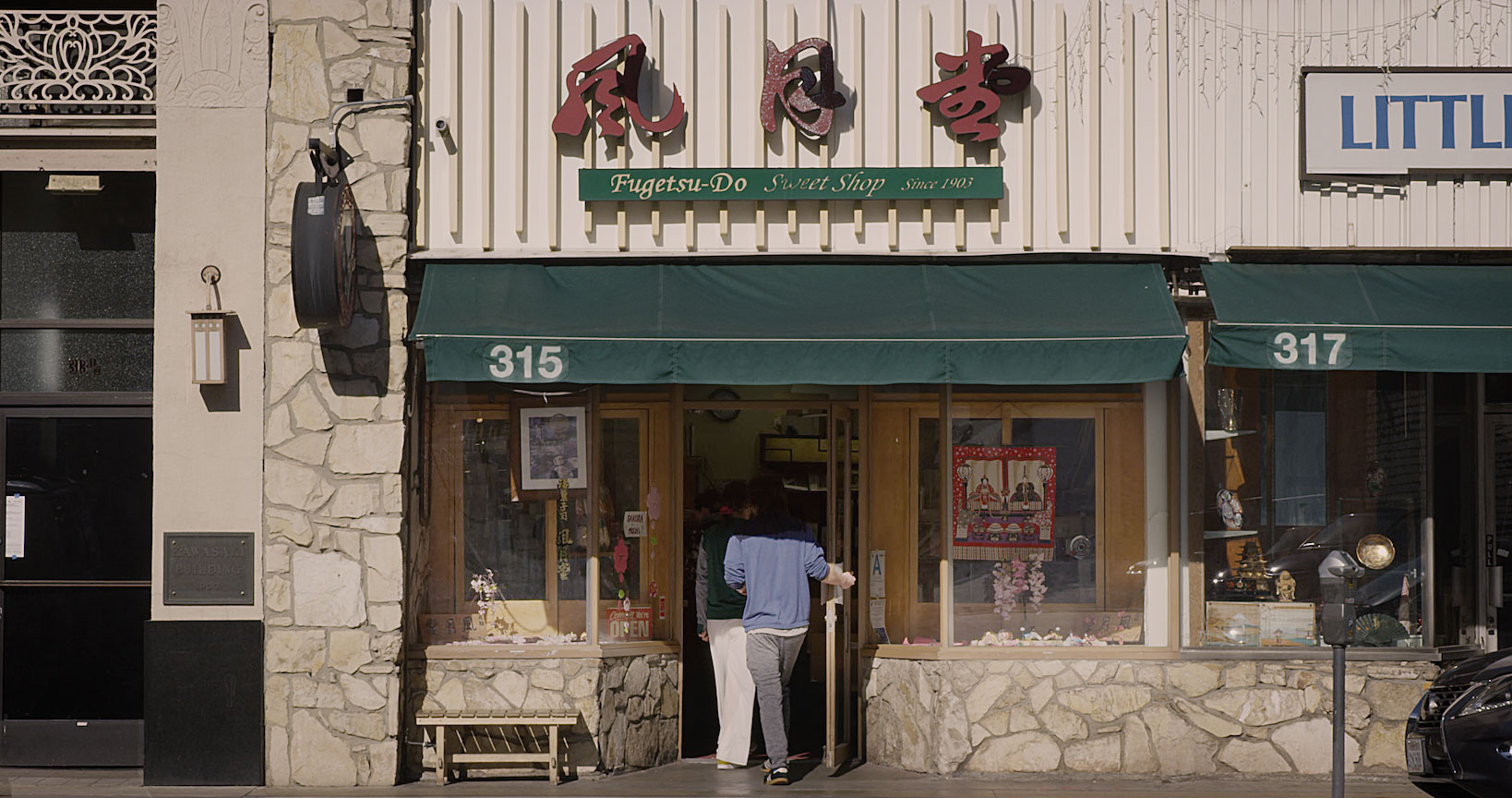 Seamlessly blending the multigenerational tale of a family-run confectionary store with the cruel history of Japanese internment within the United States, Fugetsu-Do celebrates the art of making mochi, with equal parts respect for the past and hope for the future.

People sometimes do the darndest things for love. Family Heirloom is a morbid dark comedy in which a hopeful fiance-to-be goes to extreme proportions — just to convince his future father-in-law that he will walk through the proverbial gates of hell in order to gain his daughter’s hand in marriage.

A vibrant drama set in South Korea, God’s Daughter Dances (신의 딸은 춤을 춘다) follows a transgender dancer as she tries to navigates the country’s mandatory requirement for men to be enlisted into military service. She stands strong in her womanhood regardless — going to epic proportions to fight against a bureaucracy which fails to understand her gender.

When a couple that is happily married learns of an unexpected pregnancy, what they want or value in their lives gets immediately thrown into chaos. Good News plays upon the irony and earnestness of its title, making room for cynical comedy as well as harsh realities.

With a dose of magical realism, Hello from Taiwan aligns earthquake fissures with relationship fissures and natural disasters with familial disasters. A well-acted immigrant tale about what it means when the American dream falls apart, and the fallout experienced by separation. Must-watch. 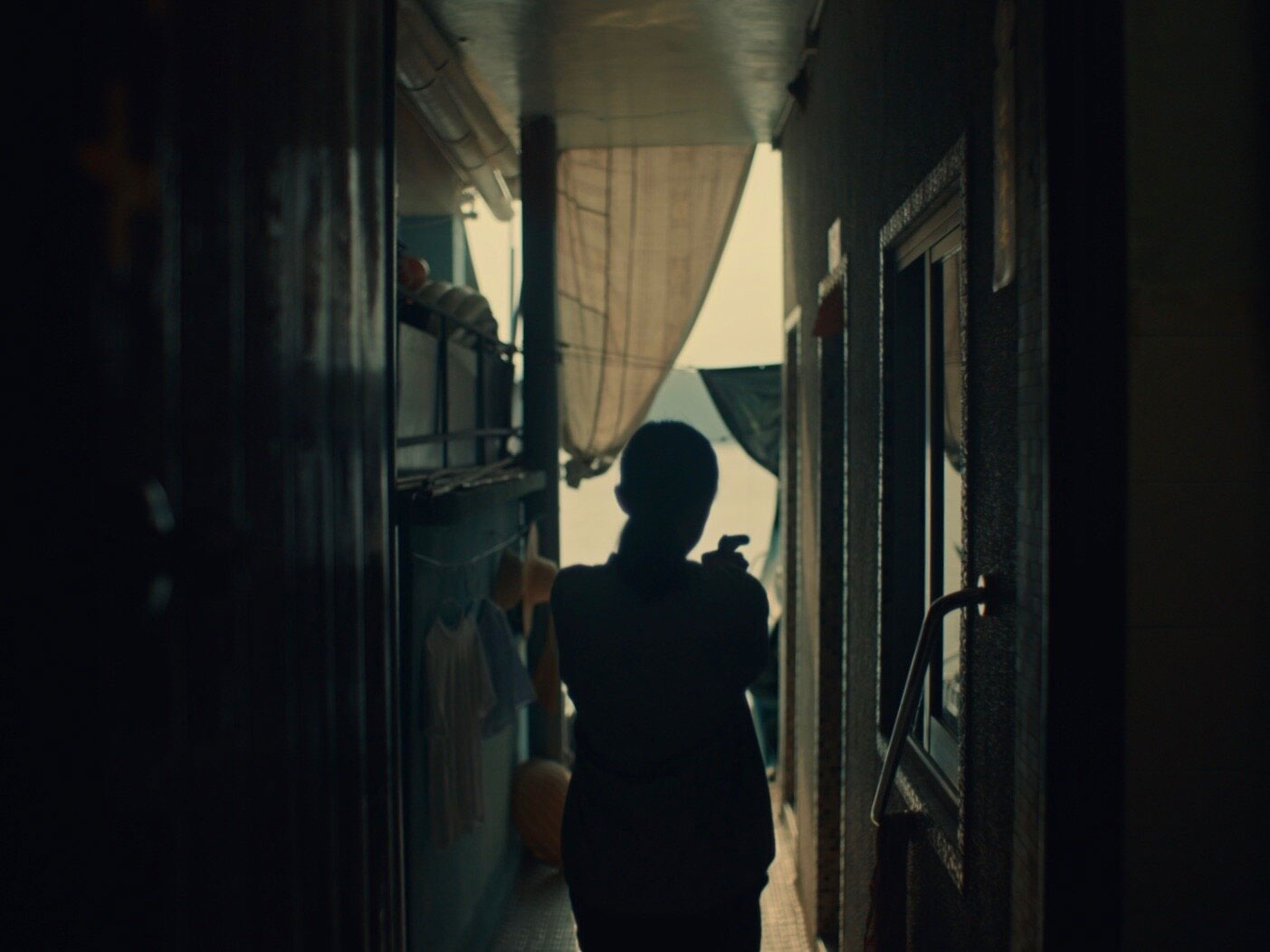 The Last Ferry from Grass Island

When the apprentice of a retired Hong Kong hitman is tasked to kill her old master, she heads to the peaceful island where he is now a fisherman. A fascinating game of cat and mouse, The Last Ferry from Grass Island is gloriously full of twist and turns.

When the family-run Koto Japanese Restaurant decides to close up after nearly 40 years of service, the Maeda family decides to exit with grace and style, and on their own terms. Koto: The Last Service portrays the many ways in which a restaurant can be a third place that creates meaningful community, builds joyful memories, and opens minds to the world.

The first episode of Kayla’s straight-forward educational video series is called Learning Tagalog with Kayla! What starts as an earnest effort soon takes a turn for the humorously bleak; the topics Kayla covers gradually move from simple greetings to her numerous pet peeves, while a warped VHS soundtrack heightens a growing sense of discomfort.

In the glorious centerpiece performance of Little Sky, a nonbinary drag artist performs an incredibly cathartic song and dedicates it to a painful past. The opportunity joyfully connects them to a new friend, but also unexpectedly forces them to run head-on into past traumas.

“I never knew how lucky I was to be born and raised on Guam until I left,” says one voicemail recording, in which a Chamorro Filipino choreographer Caili Quan speaks to — and dances through — the tension of pursuing your passion in a foreign land while simultaneously longing for your own. Living up to its translation in Chamarro, the film Mahålang embodies the deep longing and yearning immigrants often feel for their place of origin.

Although he lives with a father who would never understand his secret life as a drag performer, Zaid unexpectedly discovers that his grandfather with Alzheimer’s still has much to teach. Mariam shows that acceptance can sometimes be found in the abstract places between memory loss and love.

An exploration in breaking the fourth wall and experimenting with dream states, The Negotiation (교섭) turns a break-up tale into humorous series of moments that are just as saccharine as they are surreal.

Navigating gender as a gender-fluid and transgender couple becomes difficult when one person unexpectedly gets pregnant. Pink & Blue raises vital questions around how to ethically raise a baby without being overly focused on gender, despite living in a world that very much is. 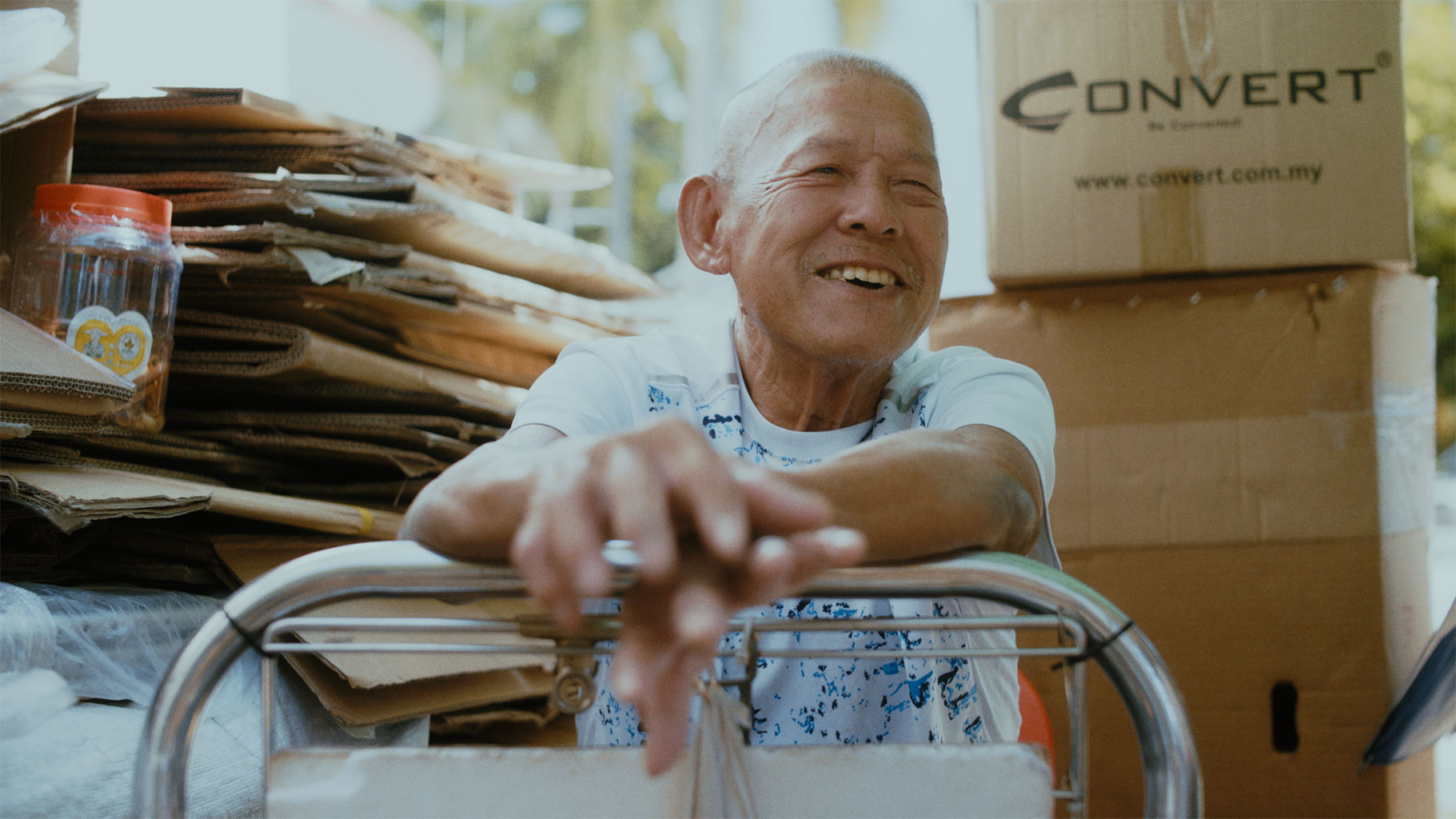 In Singapore, one of the richest countries in the world, an estimated 25,000 to 30,000 elderly poor work hard every day to survive. Three Cents a Kilo uses beautiful cinematography and intimate interviews to uncover the hidden-in-plain-sight lives of the elderly who make a living by collecting and reselling cardboard.

Based on a true story, Translation of Silence (Traduction du Silence) is a slow-burner which captures the feeling of homecoming despite linguistic divides, long after the Vietnam War has severed connections within a family.

An experimental “story of love” driven by found footage, sound design, and subtitles, Wild Grass starts off with archival footage of Taiwanese TV game shows as the writer shares her thoughts about relationships and language completely via English subtitles. It then chronicles her moving to LA and the fantasy of falling in love; saying a lot with little spoken language. 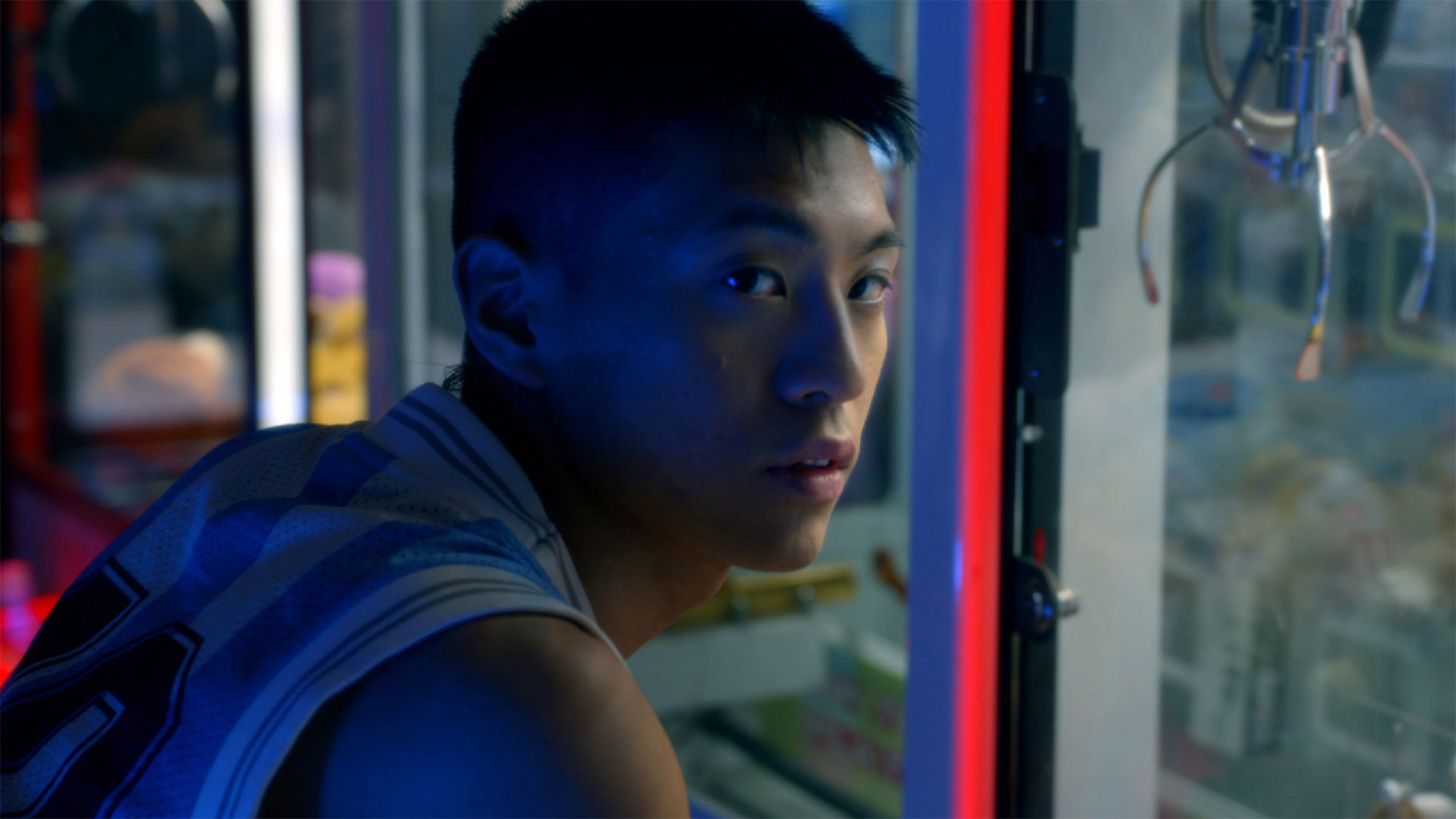 Who Can Predict What Will Move You

A tender portrait of gay Asian love, Who Can Predict What Will Move You unfolds beautifully as it focuses on the quiet moments — whether in awkwardness, discovery, comfort, or revelation.