Vee Hua 華婷婷8 min read9 months agoAdd comment
Midway through interviewing Seattle artist and filmmaker Kolby Rowland, I notice that a building I have walked by a zillion times is now overlooking us, dangling a gigantic red and white sign which reads, “FOR LEASE.” Its upper two floors stand vacant like so many other spaces which have been financially decimated due to the COVID-19 pandemic. Rowland and I look back numerous times in our conversation, marveling at how it feels like the appropriate backdrop for us to discuss his debut feature, City by the Sound. Named after Seattle and its location near a body of water known as the Puget Sound, the film is what Rowland describes as “the end result of years of daydreaming about making a movie about Seattle that isn’t such a normative film.”

Fascinating in its unconventional narrative structure and deeply personal to Rowland, City by the Sound loosely connects vignettes in a way that renders the film itself a daydream, largely driven more by emotions and visuals than clear directives. Edited by Rowland himself and with sound design that gives the visuals ample room to unfold expansively, City by the Sound speaks through “approachable abstraction,” a term the filmmaker began using years ago, while he was getting his BFA in New Genres at the San Francisco Art Institute. Without being told exactly how or what to think, viewers are guided along through the power of suggestion, as the film mixes stories about mythology with lush naturalistic visuals and characters who feel as much fiction as they are real.
“Ironically, [Seattle] is a very photographed city, but I think it is still a very misunderstood city, just visually and also culturally…” Rowland shares. “Some things in the movie were just dreams coming true — finally making these images that have been with me for so long that I thought would really represent the more underlying energies and spirits of this city, better than I’ve seen in the past. Other images just come from being present in any given moment, and being present enough to notice, ‘Whoa, this is aesthetically or conceptually a really loaded situation.'”

City by the Sound Film Trailer

“[Seattle] ought to play itself in all its different ways, and it’s up to the local filmmaking community to figure out how to give it its voice.” – Kolby Rowland

For Rowland, filmmaking is an image-based process, where images generally come before a stories, characters, and dialogue. Some of City by the Sound‘s central images are ones which have have been lodged in his mind for years — and it was, ironically, being unemployed during the pandemic which pushed him to make the most of his limited window of opportunity. One such core image involved a tunnel near King Street Station in Pioneer Square, where his partner, the artist Zoe Reid, played the role of an urban hiker exploring its depths.

“I always wondered what it would be like to go into that tunnel because it literally goes under downtown…” Rowland says, as he notes that almost everything about the film stems from that tunnel. “It’s a perfect metaphor for a cross-section of a city, and the [cultural] geology of the city.”

Throughout his adolescence in the 2010’s, Rowland experienced Seattle as someone who would return to the city every six months or so, to re-discover time and time again that the city was “unrecognizable.”

“In my teens, I understood gentrification, definitely, and redlining — and I understood the context it was happening in, but I think it was more an emotional thing,” he says. What really left a deep impact on him was what he felt when he saw street corners and restaurants he had frequented as a child being turned into other stores or empty lots. The experiences made Rowland want to add his own artistic perspective to existing discourse around issues of placemaking, in hopes that it might prompt alternative views.

“It’s important to have imagery and stories like that because there’s a lot of change going on. There’s a lot of people who aren’t from here, [and] I don’t know how much awareness there is of what’s going on all the time,” says Rowland. “This is a smaller city, you know? It’s always been pretty vulnerable to massive change, just based on the size of the city and the amount of money there is. I hope that this movie can get out into new Seattle people… be there for some level of perspective.” 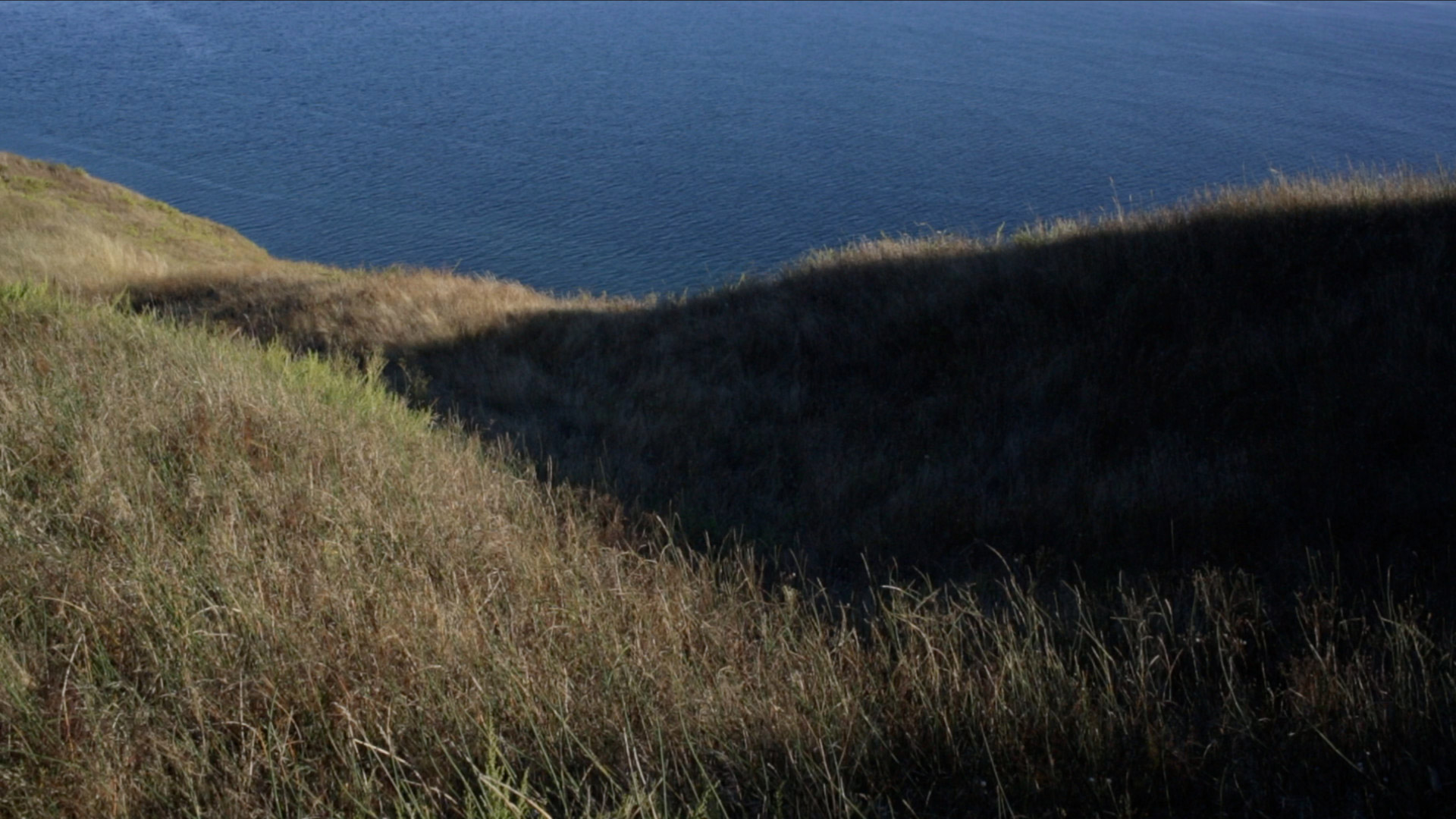 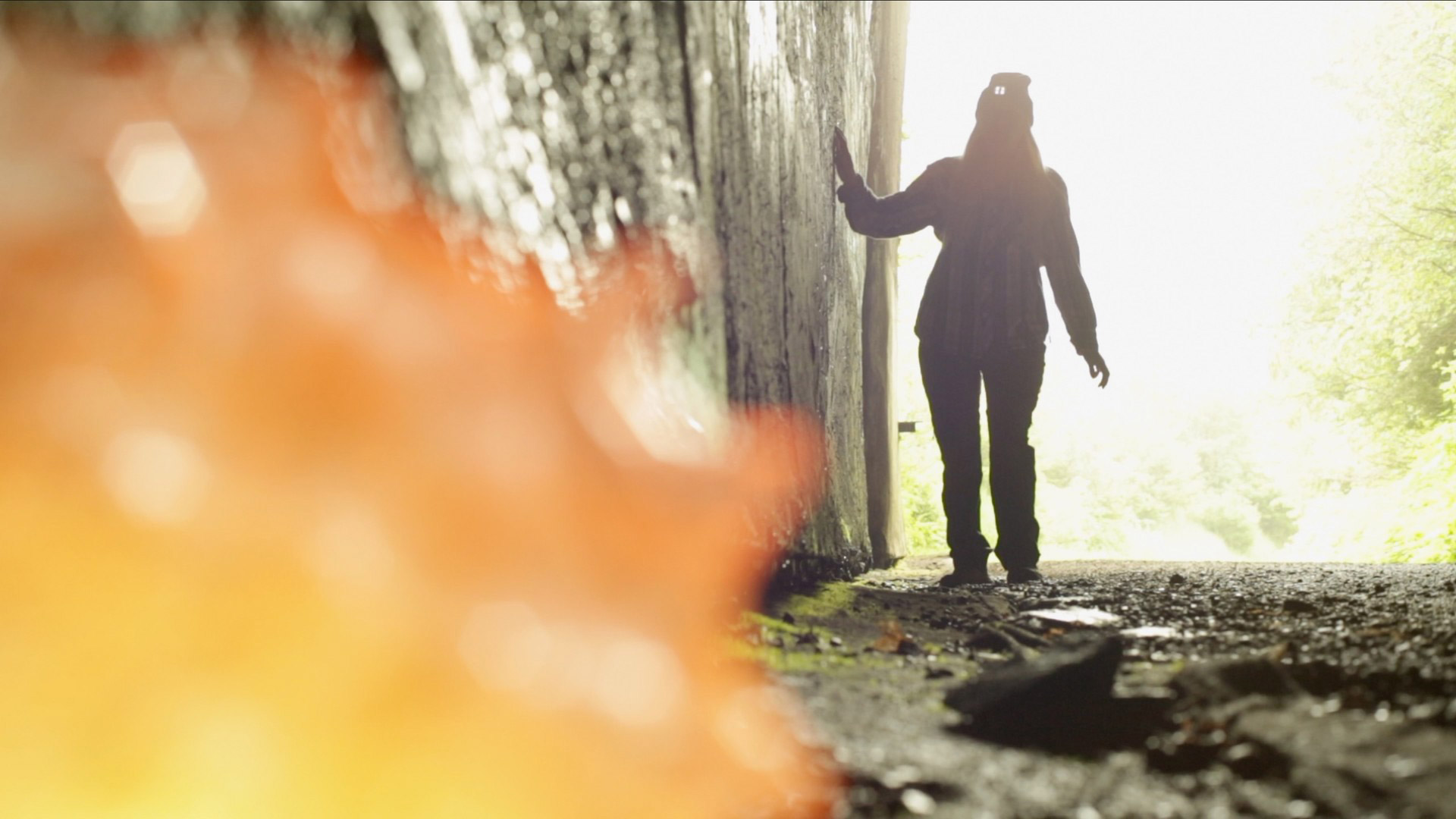 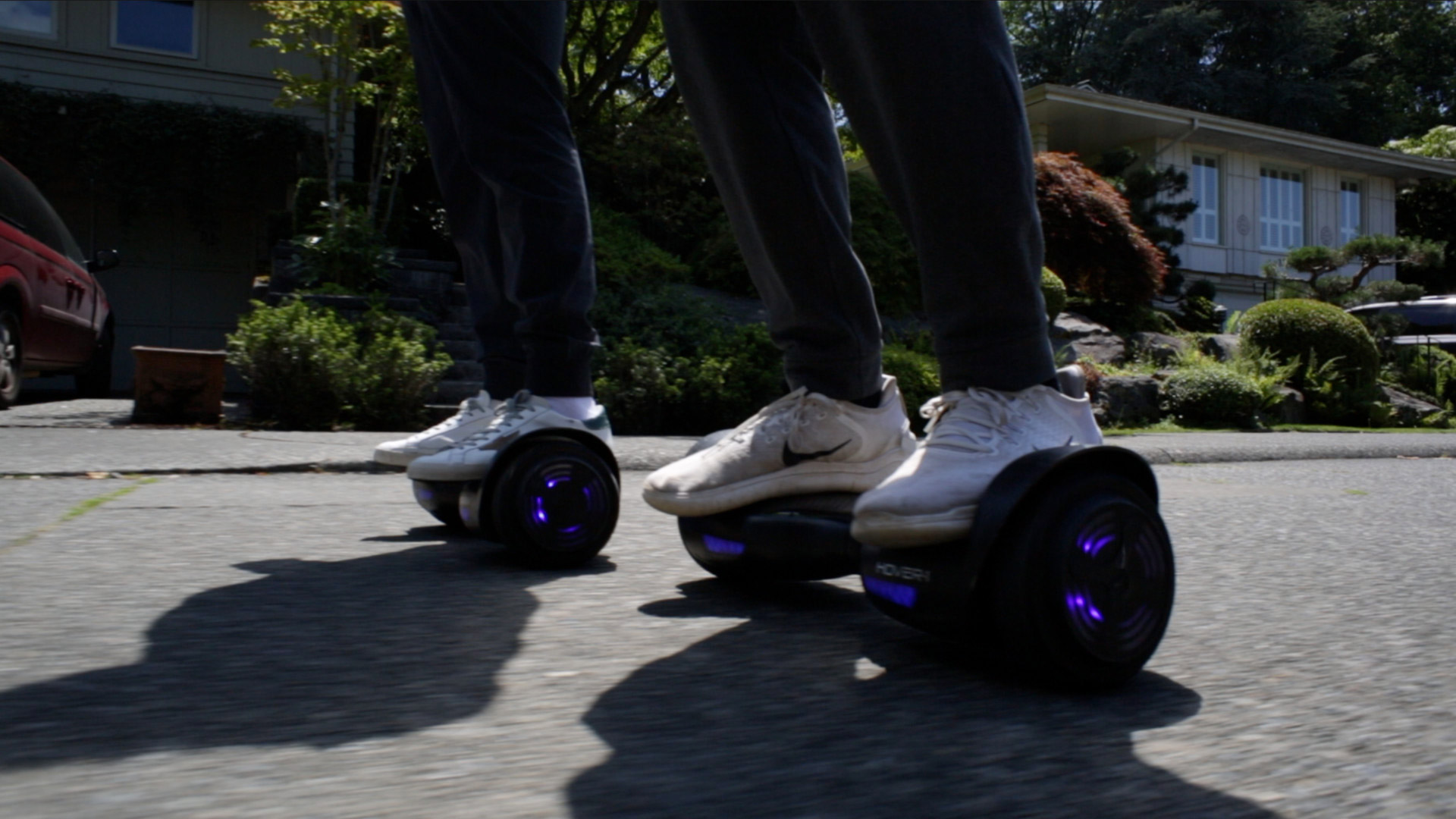 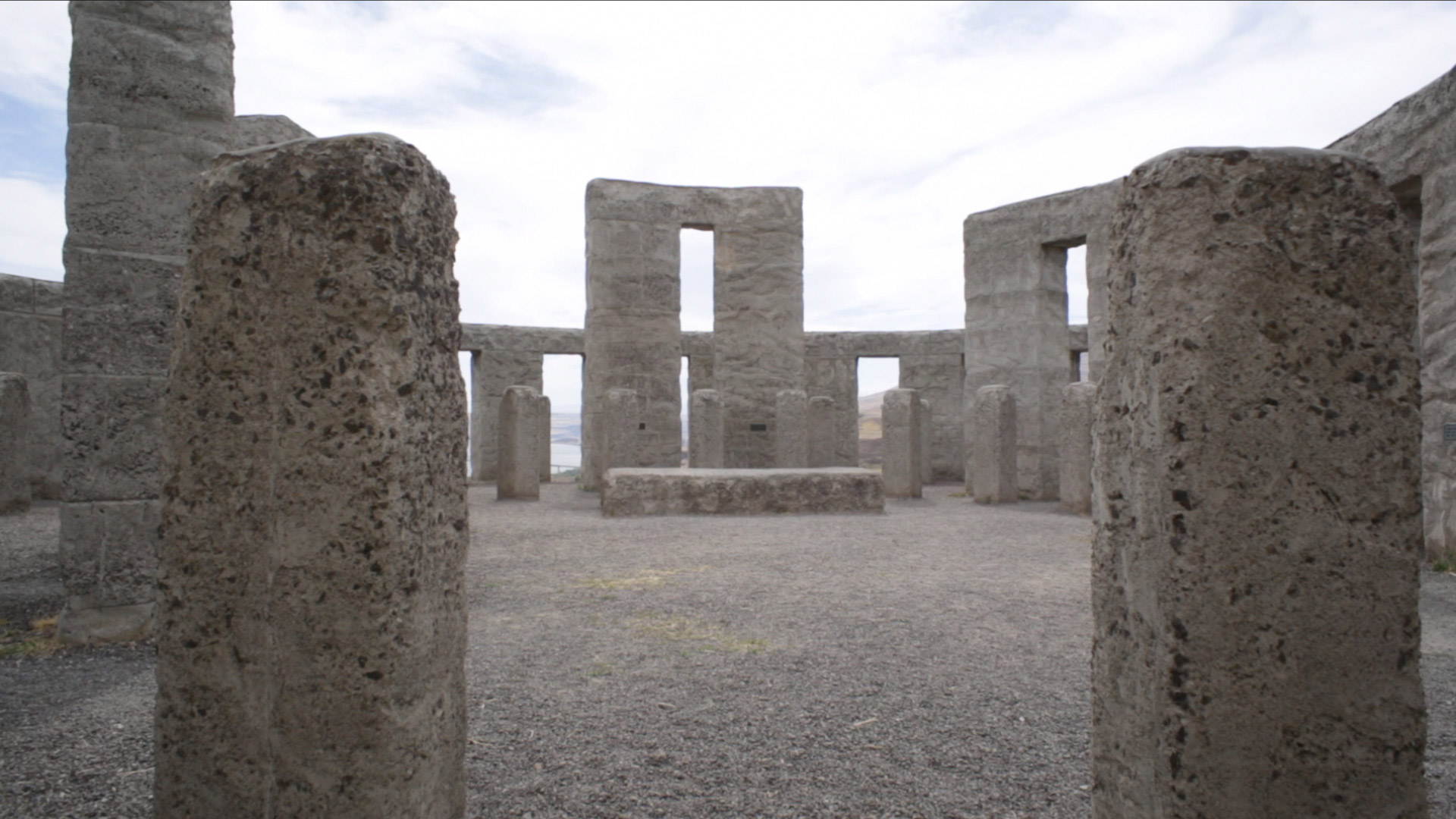 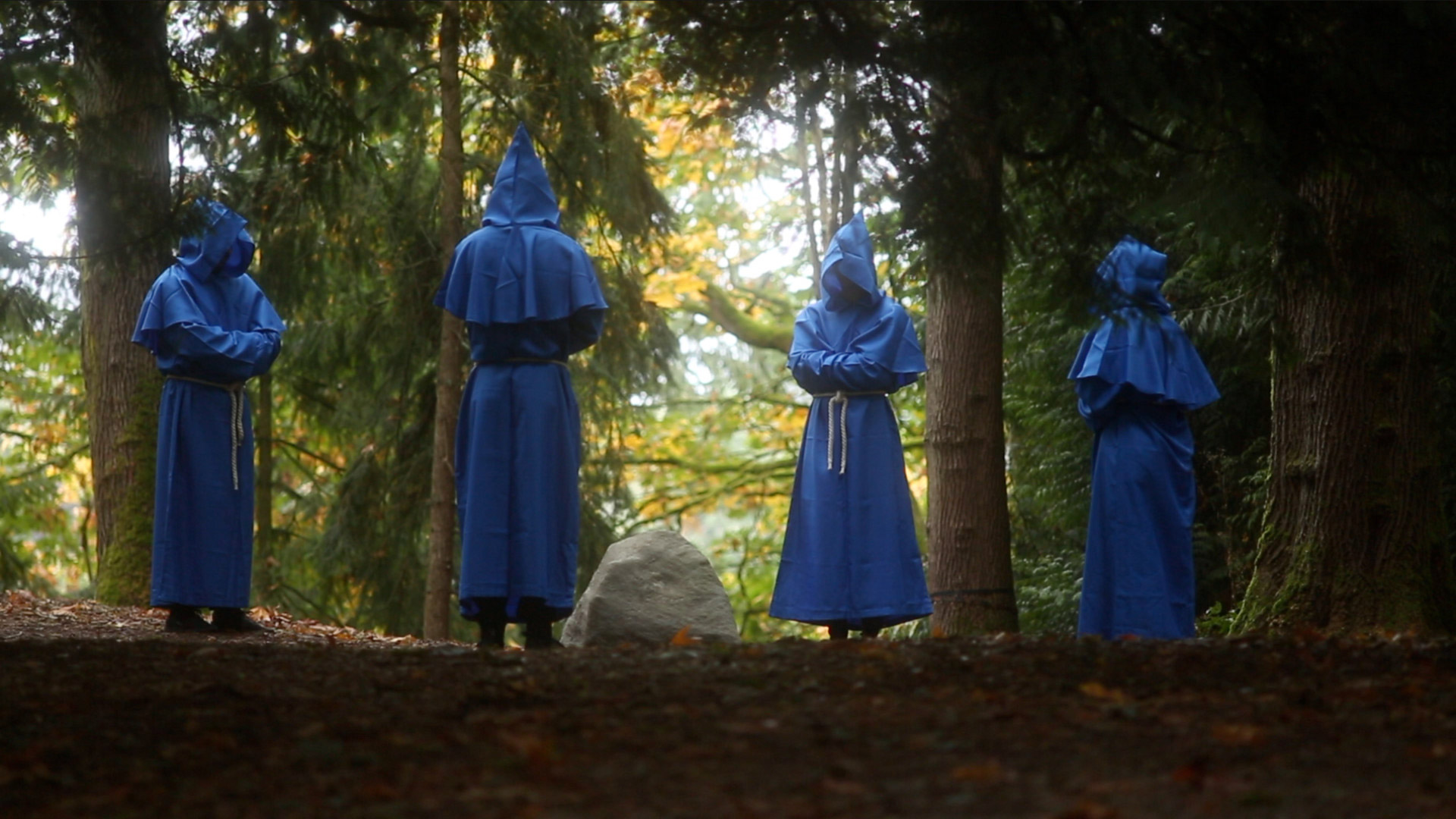 While the film in no way covers every bit of the city’s complexities, the cultural geology of Seattle is very much unearthed, examined, and brought to the light throughout City by the Sound, which alternates between the the stereotypically beautiful and the unusual or underseen. Straightforwardness is removed from the equation when images of the city’s skylines and waterways are offset by any number of unexpected things: oversized bold neon texts, footage of twin brothers cruising everywhere on too-tiny hoverboards, Amazon frisbees revealed to be bizarre sacred sites, or Stonehenge replicas, which are real-life bizarre sacred sites.

“This movie definitely tries to always be making an emotional appeal to people when visually it might be confusing or deeply complex, so that at least, you kind of get the story, but you’re feeling the essence of it, for sure…” explains Rowland. “We can kind of associate these feelings with images, and then, hopefully, some clarity comes out of that association.”

As we near the end of our hour discussion at Cal Anderson Park in Seattle’s long-shifting Capitol Hill neighborhood, I ask him if he has anything else he wants to add. There are many threads to pull from City by the Sound and many meandering holes to dive into — indeed, we reference the giant “FOR LEASE” sign even as we are leaving — but what Rowland wants to focus on is the importance of discourse.

“If you were to wrap this movie up, it’s just stories we tell ourselves and each other. It’s the things we project on ourselves and onto each other,” he says. “And onto our landscapes, as we try to figure out how to be somewhere, from a place that’s changing and has been changing since way before I’ve been alive.”

A Deep-Dive into City by the Sound 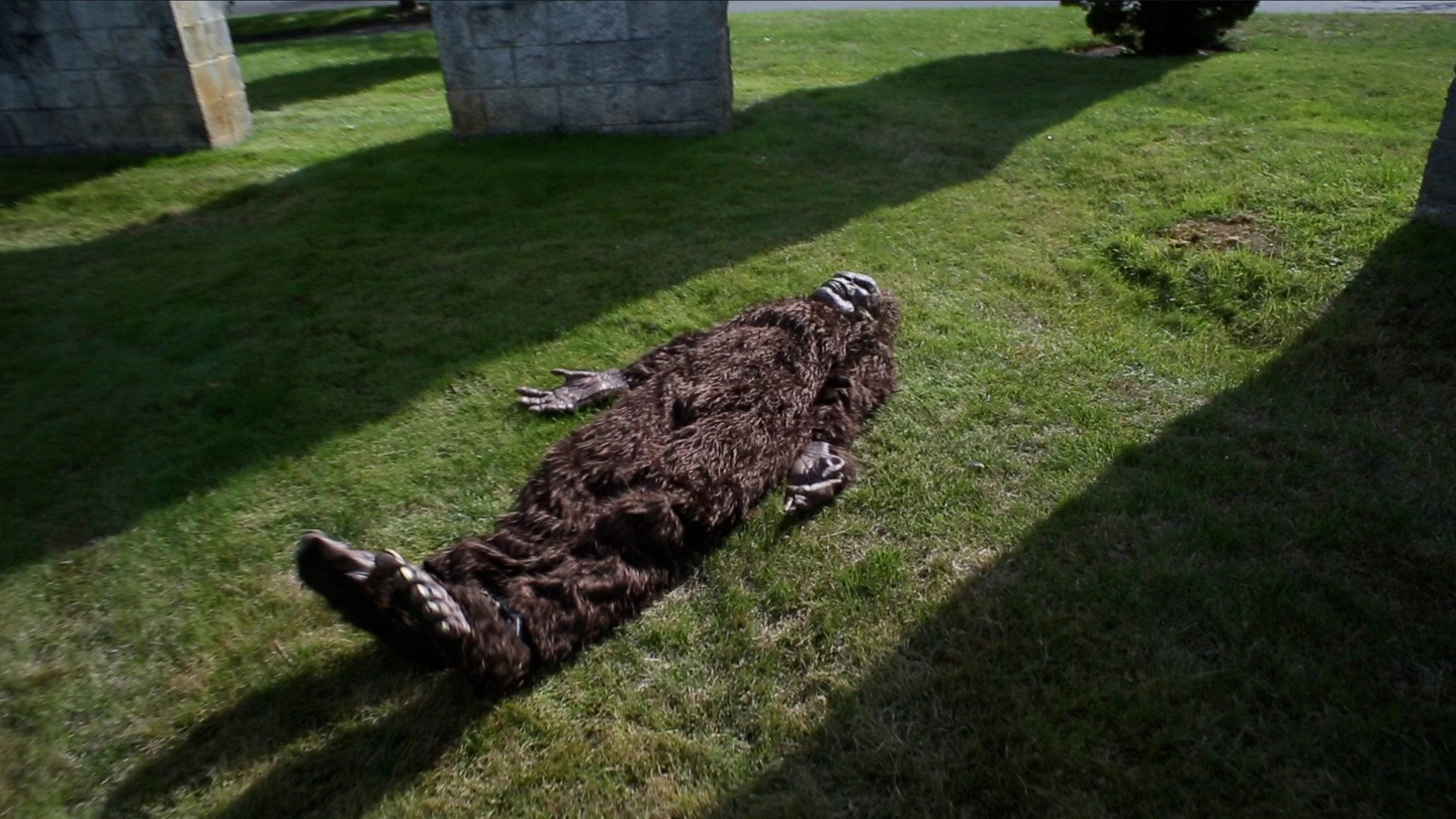 ON HAIRY MYTHOLOGY:
Kolby Rowlands: “I think about Sasquatch a lot. That’s certainly one that is super visible and memorable from the movie. Sasquatch is really interesting because it’s this legend that predates the arrival of white Americans to this area, but that has also been heavily embellished and added to by settler communities in this place. I was really interested in this… storytelling about this creature that exists in multiple very different cultures’ folklore, and now, that the whole Northwest — Washington, especially — uses this figure in marketing and the formation of its personality, and its own culture, in a lot of ways…”

“Squatch is big here. It’s a big thing. You see it everywhere. I was interested in the cultural background of that and the historical background of it, and how it’s this myth which has to do with a mass identity. We’re all revolving around this thing. When the Sonics were here, the mascot was Sasquatch. We’re all identifying with this creature in some way, from all different cultures, and we’re all building this myth together. I thought that collective construction of an ever-changing iconography and mythology was just the essence of this movie. So to frame that story in the way that we do it in the movie just felt like a very opportune moment to bring it up.” 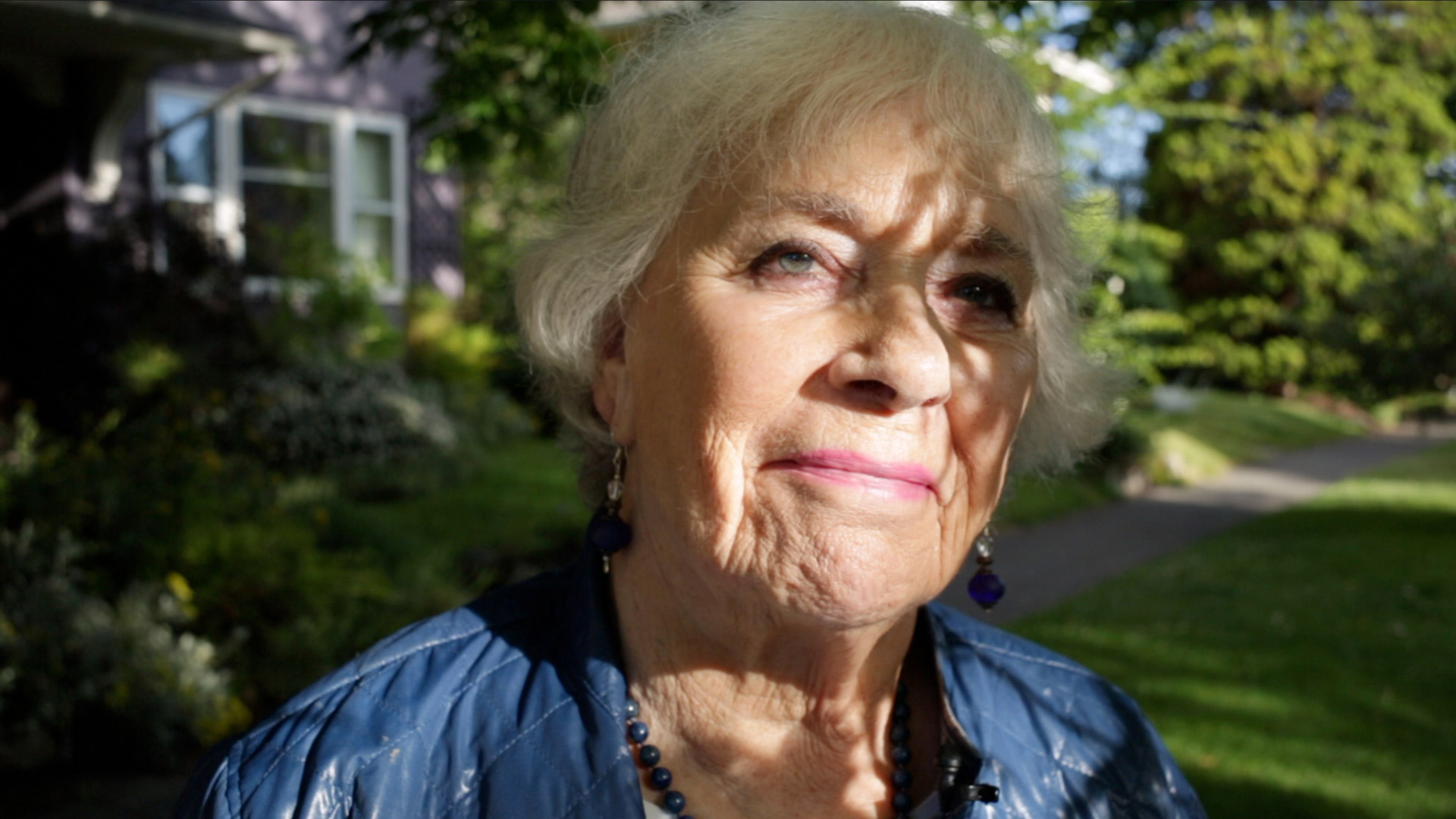 ON SLIPPERY MEMORY:
Kolby Rowlands: “I was really interested, too, in the modalities of writing memory, and memory storage. So there’s a scene where this old lady tells the story of this tree that she has a connection to, and that story is a true story. That’s my true actual grandma playing a fictional character telling a true story that’s not her story; it’s my story. That was from my childhood. So kind of exploring this historical ventriloquism, almost. I wanted to explore muddying whose story was whose and who’s the narrator and using the complicated relationship between me and this fictional character who was a real person in my real life — what’s real and what’s not real and all of that kind of stuff.”

“I think those two stories are really good examples of the deeply personal; the hyperlocal; the most local you could get. That wasn’t the actual tree, but it is a tree that’s down the street from my house that I see almost every single day. It’s almost an extension of your own body at that point.” 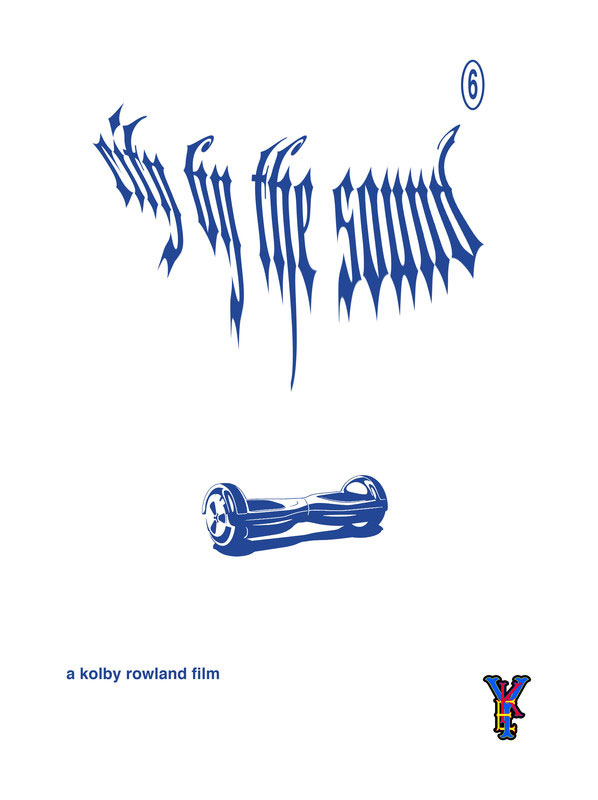