An experimental rock quartet from the Bay Area, Religious Girls rely on common elements of electronics, gang vocals, and multiple drumsets to create a sound that lies somewhere between charismatic church service and pagan backwoods ritual. Here, Portland's Into The Woods series documents Religious Girls with their Far From Home...

The quest for innovative music video creation continues with Shadow Shadow Shade's White Horse Trilogy. This three-part video (with a peculiar aspect ratio) is essentially be a short film featuring the band's music. It might not be a Lord Of The Rings or Harry Potter-level trilogy, but the concept works,...

Crisply shot with a Canon 7D, this video is essentially one long take of some jokers parading through a park with fireworks, water balloons, streamers, beach balls, and the like. There are some fun minor details to take in, like folks doing cartwheels and mannequin heads on lawns. An exceptional...

The lyrical content is questionable a little bit, but here's a little banger of a song from the female-fronted This Is Versailles. They make pretty sassy garage rock that really just reminds me of bands I miss, like Controller.Controller. Cool. They only have one four-track EP under their belts, but...

Charitable Musicians: Ben Sollee Travels Via Bike For His Ditch The Van Tour

In 2009, Ben Sollee, with some help from Oxfam America, rode from his hometown of Lexington, Kentucky, to Bonnaroo Festival, playing shows in small towns along the way. Later that year, Sollee embarked on a 500-mile, 16-day tour along the East Coast Greenway during the frigid winter months.

In 2010, as bands are increasingly partnering up with environmental and social justice organizations to bring attention causes they believe in, Sollee and crew have partnered up with Kentucky Coffeetree Cafe on a tour with a much more personal meaning. Their "Ditch The Van Tour" might have a name that implies an environmentally-motivated inspiration, but that is merely a perk. The main message Sollee and crew are hoping to spread is one of community-building and simply taking a slow breath in our hectic lives. Additionally, Sollee and crew are embarking on this journey with the idea that this could, in fact, be a viable touring option for bands. "Ditch The Van" is just as much business-minded as it is substance-minded.

When we caught up with Sollee on the telephone, he was riding an Amtrak train from Santa Barbara to Salinas, California. It was a brief respite for the group, so that they could continue the Northern California leg of their bike tour freshly recouped. 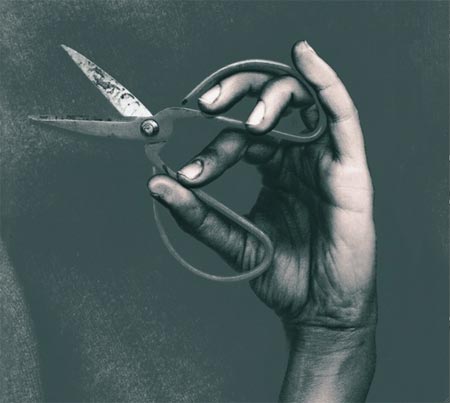 Buke & Gass certainly make music that is both adorably charming and unbelievably grating. Their latest album, Riposte, clocks in at just under 45-minutes, but its 14 tracks seem to go on forever in what feels like an off-the-wall, high-energy experimental pop-rock marathon. Like a mixture of Nedelle Torrisi of...

Ever since interviewing Chandra Bocci way back when, I've been looking for another 3D artist that utilized shapes and textures in a way that felt equally powerful to me. I haven't really found one... until today, with the work of Sarah Applebaum! By weaving fabric into patterns that are just bursting with color and texture and richness, she transforms rooms (and camouflaged people hidden within them) into caves that would probably make some people claustrophobic by their sheer intensity. I imagine that stepping into a space given the Applebaum treatment would turn even the most reserved of art critics into a somewhat synesthesic fellow or madam.
Read our interview with Sarah Applebaum
05 September, 2010 / 0 Comments

I just want to give a quick shout to the fine folks at Almost Velvet, who've done a quick bio and recap into the work of Manchester's Linder Sterling, whose early work in Manchester's punk and post-punk scene are still relevant today. Just look at the sheer number... 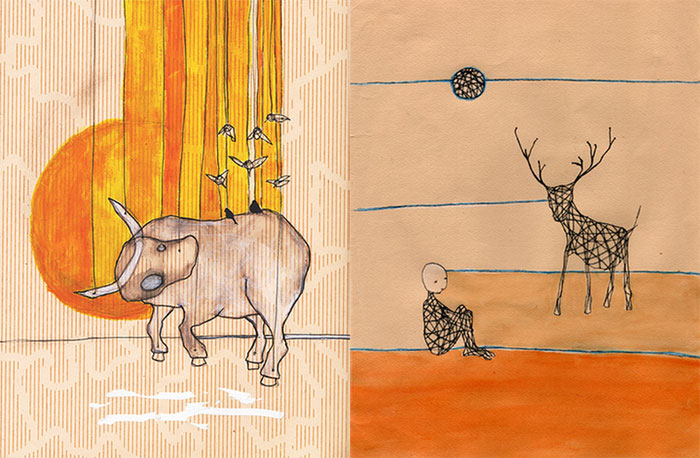 Tara Jane O'Neil is a musician and artist who will displaying her zine (entitled doodle book selections #3) at IPRC -- Independent Publishing Resource Center TODAY for First Thursday. If you don't know her work OR the amazing things that are happening at the IPRC, you should definitely stop by....