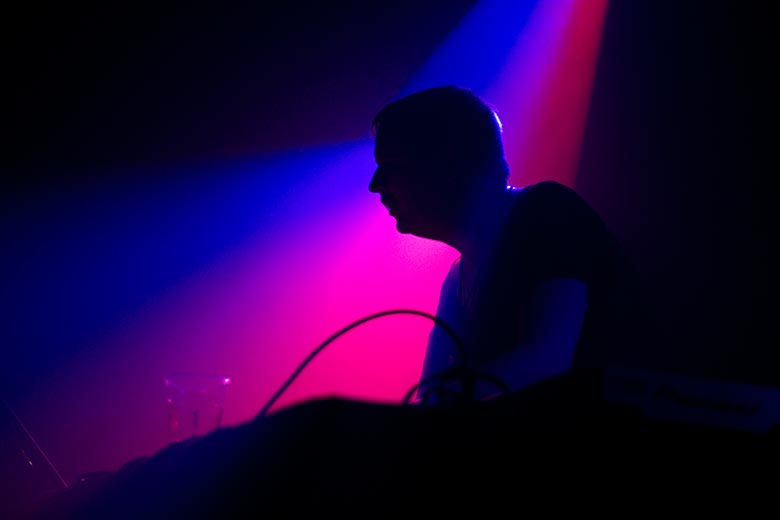 Now in its tenth year, Seattle's Decibel Festival has grown from a tiny electronic celebration to a world-renowned music festival without sacrificing attention to detail along the way. From fabric wristbands to the notable lack of corporate sponsors -- save for ones that directly affect the electronic music scene in some way -- Decibel has retained a number of the charming qualities which usually become lost to larger festivals. Its continued stress on the audio-visual merging of music and motion art continue to push the festival forward as well, as Seattle's best venues were sometimes upgraded with video equipment and makeshift spaces were sometimes transformed into festival-worthy ones. This review highlights some notable shows from Decibel 2012, ranging from excellent to quite mediocre, and includes write-ups of Andy Stott, Jimmy Edgar, Clark, Demdike Stare, and Orbital. SEE FULL FESTIVAL RECAP AND PHOTO GALLERY

The Decibel Festival guide claimed that the Warp Records showcase on Wednesday evening would be for fans of Prince, which led to some confusion for me. Would that be in reference to main headliner and mad music scientist Clark? Certainly not. Then who? The winner of the prestigious association -- and pleasant surprise for the festival -- turned out to be 1983-baby and astrology-enthusiast Jimmy Edgar. Edgar, a most handsome and dapper fellow, rose to the stage behind a stripped-down version of the LED light rig he usually travels with, ready to perform his 2012 Hotflush release, Majenta. No hitches here, it seemed... until the projections behind Edgar began to fill the screen. The generic and low-quality visuals, which were more suitable for Windows 95 screensavers than for Edgar's clean productions, seemed like a stock offer from Decibel rather than Edgar's own choice. They became a painfully glaring and vibe-dampening reminder that the newfound "necessity" of supplying electronic shows with accompanying visuals can sometimes go awry when the visuals are tasteless, or of a different taste than the musician's music. They were distracting, to say the least, and it was unfortunate that habit dictated that they received much more attention than they warranted. (Apologies, I suppose, if they are indeed Edgar's creation, though I doubt it, and the criticism remains.) Unfortunate visuals aside, Edgar queued up quite a dance party by passionately embracing every type of electronic music that might even be tangentially related to Prince -- from C&C Music Factory-type club jams and dirty '80s breaks to breathy R&B-influenced slow jams. Soul was at the heart of all of Edgar’s music, and its presence in his body was also clear, from his intense concentration to his spontaneously fabulous uses of vocoder. Such sensory vibage was not lost upon the audience, either. Never have I seen a grouping of men so stoked about the performance of another man, as man after ecstatic man screamed, "Jimmaaaay!!!!!" as though they were going to tear their shirts off in support of Edgar at any given minute. Twas one of the best shows I saw at Decibel, and most certainly one that made a lasting impression.
Share on: 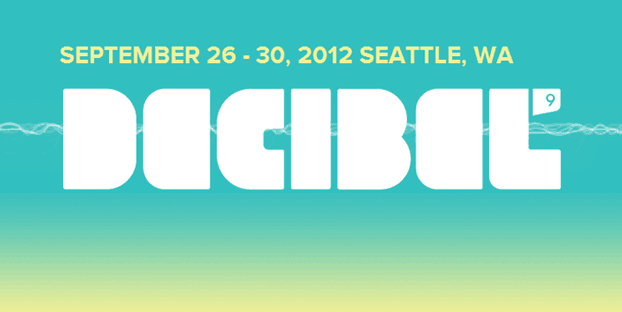 We've done the dirty work of flying through the expansive Decibel Festival 2012 schedule to select emerging and established acts which we think are most worthy of your valuable time. Sometimes this manifests as us gushing over complete all-night showcases or focusing on the Optical series, which merges visual art and music; other times, we dish out praise for solitary wheelers and dealers. Hear audio clips, read summaries, and more in this massive festival preview guide.

Music pioneers, experts, and newbies alike take heed! Decibel Festival's 2012 Conferences are a glimpse of what it's like to go to school for a degree in electronic music wizardry. Featuring collaborations with some fine and forward-thinking folks of the electronic world, these conferences run the gamut, giving those who want to get hands-on and technical the opportunities to do so, as well as offering more relaxed lectures for the bashful yet curious. Our choices for the 2012 Conference events focus heavily on the cross-disciplinary, emerging technologies, and panels which directly involve audience participation.

Those who: a) want to squeeze every last bit of glorious music-watching opportunity out of Decibel but are frustrated by the very human quality of being limited by time; and b) don't want to pay for a Decibel Festival pass but want to witness the international and national touring acts that will be in Seattle; will find some alleviation in Decibel Festival's After-Hours events. There are seven total, presented by Resident Advisor, Red Bull, and more.

Of all the Seattle experiences one can have, there's nothing quite like a sunny afternoon floating atop the waters of Lake Washington and Lake Union with skyscrapers, houseboats, nature, and sunshine in sight. Decibel Festival has expanded their annual boat parties from two days to four this year, in an effort to provide more intimate experiences for all showgoers. 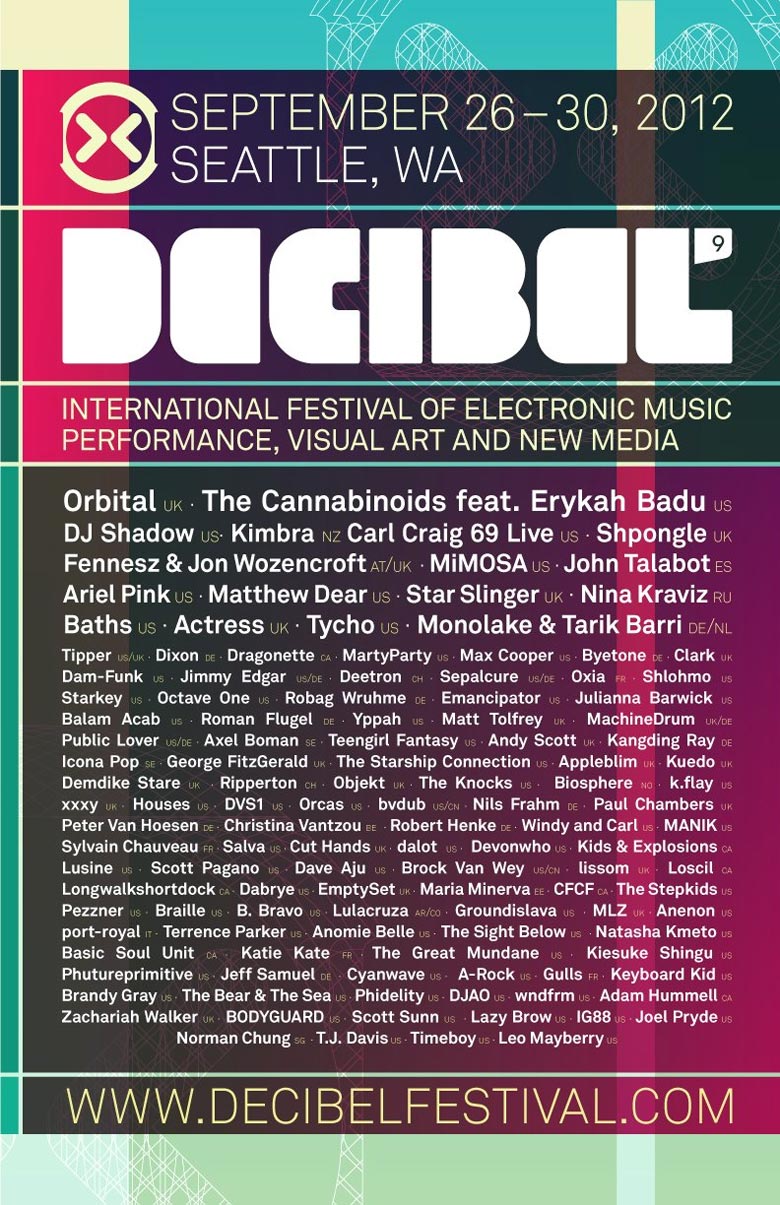