Since my move to Portland a few years ago, what has continued to fascinate me is the diversity of music fans in the area and their inability to get involved with many concerts which likely interest them. So rarely is there ever a mix of under twenty-one concertgoers with the more bourgeois, approaching-thirty art folk who run the city’s night life. This isn’t meant to be a slight on either demographic, as it is out of both of their hands completely, but compared to other cities, the way in which Portland concerts are a walled garden of sorts continues to confuse me.
Totally Enormous Extinct Dinosaurs Live Show Review August 6th, 2012 @ The Doug Fir Lounge, Portland, OR 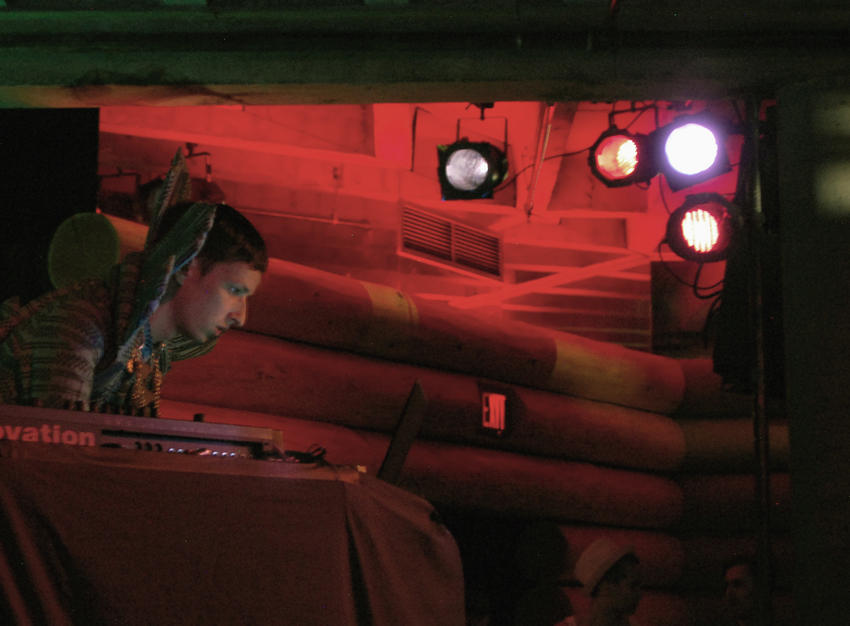 In this remix of Totally Enormous Extinct Dinosaurs "Tapes & Money," snippets of vocals are repeated almost to the point of ad nauseum. Many remixes of this song are available, including those by MJ Cole, Eats Everything, and Casino Times, but John Talabot is one with a singularly impressive ability to make such repetition not even the least bit boring. His "Ritual Deconstruction" mix seems to live up to its own name as it slowly and methodically chisels into one's brain with every click, tap, and refrain. The remix bundle came out on April 10th. Totally Enormous Extinct Dinosaurs - "Tapes & Money" (John Talabot Remix) Totally Enormous Extinct Dinosaurs will release his long-awaited debut album, Trouble, June 12th in the US via Casablanca Records. As far as I'm concerned, the original can be skipped in light of this vastly superior remix. But if you'd like to decide for yourself, you can stream it at YouTube.
Share on:

This video for Totally Enormous Extinct Dinosaur's "Trouble" resides mostly in a David Lynchian universe, with heroined-out slow-motion vibes. Interspliced, however, are quick flickering shots of TEED (Orlando Higginbottom) being adorned with mysterious headdresses -- an art form that has become a staple in TEED's videos. The pieces featured in...