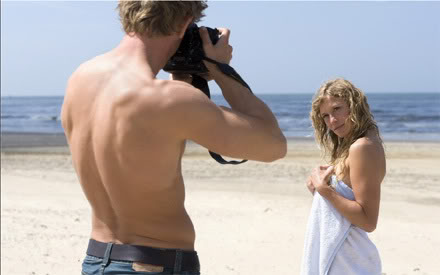 The storyline involves scene after scene of the main character finding himself in similar compromising and voyeuristic positions. Perhaps it is his experience with being a bird photographer for National Geographic, but he becomes an expert at stalking just about anyone and everyone. But not in a creepy way… more like in a… “I’m going to rescue you” type of way. He’s practically Superman when it comes to his saving his chosen lady (who he has known for maybe a few hours).

Summer Heat is entertaining and well-shot, especially with it being director Monica van de Ven’s first attempt at directing a film. The plot as it is, however, Summer Heat feels like a B-rated movie backed by quality camerawork. Entertaining, but bound to be taken more humorously than seriously.