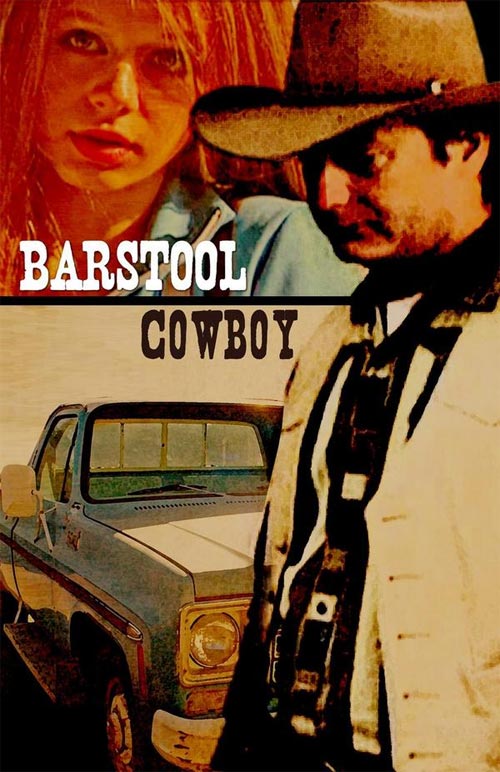 Barstool Cowboy begins with a man donning a cowboy hat, drinking a beer, sighing, and smoking a cigarette. He stares into the camera for a good few minutes while interchanging between all of those activities before he starts speaking. And from that initial scene on, one can immediately conclude that Barstool Cowboy will either be quite excellent or quite atrocious — and nothing in between.

The initial scene is shot like a documentary, and it starts to look like Barstool Cowboy is a documentary. The main character painstakingly recalls a tale of heartbreak and vows to spend three months on a barstool, drinking away his pain. From there, new characters are introduced with awkwardly-placed music — the unfitting likes of which I have not seen in any movie.

While the film is interesting enough to watch because of its sheer ridiculousness, it is unrealistic and painfully shallow. Two complete strangers — one young art student and one drunken cowboy twice her age — meet outside a bar one day. He invites her over to his motel and she actually agrees to go. The two start to spend day and night together, with sleepovers, drunkenness, and pot-smoking galore. There’s no need for names here, as they are the only two characters in the entire movie, and there’s no need for any real plot development, either.

Barstool Cowboy suffers from the syndrome of a lot of independent movies, with poor writing and amateur everything. Perhaps the next if attempt will be better, but you have the chance to pass on this movie, pass.