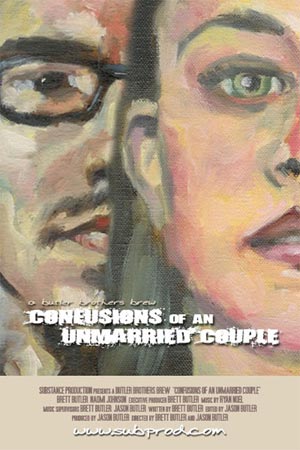 Confusions Of An Unmarried Couple is a film about a couple, Dan and Lisa, who separate after Dan catches Lisa having a lesbian encounter. He leaves without another word to her and returns months after the incident to finally speak with her about what had happened.

Shot partly like a documentary and partly like a home video, the film seems like a fairly realistic take on a couple who simply can’t communicate with one another all that well. It’s low-budget and lacking in scenery, with most of the film taking place in either Lisa’s house or Dan’s house, which makes the importance of good dialogue the key to this film’s sustaining itself. And it does, because although backgrounds don’t really change and new faces are never really introduced, Confusions still manages to be interesting. For the most part, the film’s dialogue is believable, although it has slight moments of awkwardness. The awkwardness, however, is due in part to the acting and less with the writing. While the acting of Dan, played by screenwriter Brett M. Butler, is believable, the acting of Lisa, played by Naomi M. Johnson, leaves much to be desired. She looks as though she’s constantly waiting for a cue before every line she gives, and her acting is, sad to say, probably the weakest part of the film overall.

Confusions Of An Unmarried Couple is a good attempt at a low-budget movie centered nearly entirely around human interaction, and for those who can enjoy a movie simply based on interesting character studies, Confusions succeeds.