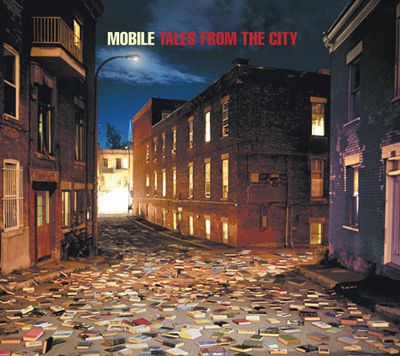 There’s something to be said about a band when you listen to their record and you want to like them. Their songs may be solid, catchy, and well-played, but there’s still that lingering feeling of uncertainty on whether you actually like them or not. Unfortunately, Mobile is one such band.

Their album, Tales from the City, is for all intents and purposes a great pop rock record. They have elements of many superior arena rock bands present on the disc, such as U2, Coldplay, and the Cure, for example. Because these influences are so heavily relied upon, there are better songs on the album than a good cohesive full-length.

“Mother” apes U2, but not necessarily to the band’s detriment. The new wave feeling of “The Killer” is suggestive of, you guessed it, the Killers. There is a moment of independent brilliance with “Sweet Light,” which is arguably the record’s best moment. The song’s pop sensibility is wrapped around syncopated drums and raspy vocals. It’s sincere and biting at the same time.

As a whole, Tales from the City plays like a greatest hits compilation of British arena rock bands, which isn’t terrible, but if there were more moments like “Sweet Light,” Mobile can perhaps forge their own identity.