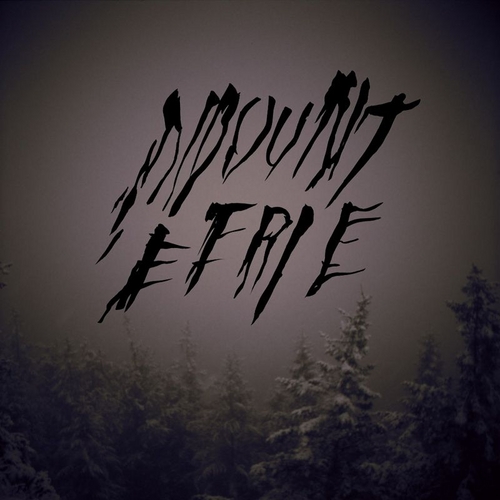 Phil Elverum of ex-Microphone’s fame is one of those artists who has garnered enough legitimate respect throughout his music-making career that when he says something rather off the wall — such as how the decidedly not-black metal whatsoever project of Mount Eerie is going to make a black metal album — well, you just have to flat out listen to the album. And not because you are waiting to see what kind of train wreck this genre-bouncing entails, but to see how a master of his own craft can try and master another craft.

Luckily, for the listeners’ sakes, Mount Eerie is decidedly still not a black metal album. That is a good thing. Black metal is a genre only for the insane, and those aren’t Elverum’s listeners, appreciators of atmospheric and haunting tunes, progressing at the pace of the tidal advances and retreats of Elverum’s hometown of Anacortes, Washington. Wind’s Poem is exactly what you would hope it could be.

Ignoring the opening track, “Wind’s Dark Poem,” which is a pummeling, distortion-drenched, blast of the almost-black metal plugging along over Elverum’s familiar lyrical ramblings, Wind’s Poem is a beautiful piece of musicianship. Once the metal urge subsides after the first track, Elverum goes along with his musical vision, creating a world of simplistic harmonies where nothing used to be. With a single silent stroke here, a careful piano key played there, an almost silent drum beat throughout, the ambient tones of Mount Eerie are enough to make anyone sit down and take a listen. But not just to one song. To the whole album.

With Mount Eerie, Elverum is back onto something seemingly lacking in many albums nowadays — the concept of an album as a whole, not just a collective 12 songs equaling 55 minutes. Individually, each song stands on its own, but it is the album as a whole that makes it so great. A downright blast of a first track to suck you right in, and Elverum fires right back with 11 and a half minutes of pristine, golden, almost silence to let you know this is his world, and you’re just lucky to be taking a gander at it.

I’m listening to this album for the second time currently. Interesting stuff, I definitely like it.

I’m extremely chagrined by your comment about black metal, however. I listen to black metal. I’m not insane. Furthermore, I’ve definitely listened to black metal that could be described as haunting and atmospheric. It’s one of the things that draws me to the genre, in fact. Your comment clearly indicates that you’re ignorant towards the genre yet seem to think you’re qualified to make dismissive generalizations towards it. Elverum apparently saw the merit in it, you could at least acknowledge the possibility that he’s not delusional.

Well I would apologize that I called you insane, but this is the internet, and that line was just in jest. But ignoring all of that, I am failing to understand how I am ignorant to a genre, which as you apparently seem to know so much about.

Because first off, you bring up the metal that can be described as haunting and atmospheric, which is true, some current American black metal follows in this path. But that is equivalent to saying I listen to WITTR and therefore I listen to black metal. Traditional black metal is quite different, and either way, both forms of the genre are forcefully displayed only in three or so songs of the album. A vast majority of the album is much more based in the sound that Phil is more comfortable with, which I would say is a lot more in the lines of ambient/atmospheric – also a tradition of black metal, but gasp, also a tradition of this weird genre called ambient (also for the insane).

But thanks for the constructive criticism (honestly). It is much better to read and work on then”;fuk u u no nothing about metal”

You’re entitled to your opinion, but your comments about black metal are baseless and uninformed. By the way, the metal influence certainly doesn’t completely go away after the first track, a song which I’m sure is just as much a part of Elverum’s musical vision as the rest of the album.

you raise a good point… no rating option shall be forthcoming! yarr!

whoops. I didn’t actually have much of a point beyond the first. Or really a point about anything. But rest assured, I don’t consider myself such a music snob that I know anything and everything about every single genre known to man. I just value the genius of the internet and music and opinion, everyone is entitled to one, and the one they type is always right to them.

Maybe I flew off the handle a bit. I can get pretty defensive about music (and have witnessed too many instances of people thinking “;metal’s just noise” or “just screaming” and so forth) and I couldn’t tell that a jocular tone was intended.

It’s also true that a lot of black metal is far more aggressive than I indicated (and probably most of it’s early examples would fall into that more aggressive category), but I suppose the diversity within the genre is what lets it fuse so well with other forms of music, as Agalloch and Mr. Elverum have been kind enough to show us ^_^

Also, why doesn’t this site let me post without picking a rating for the album? I feel like my posts are skewing the average user score =/