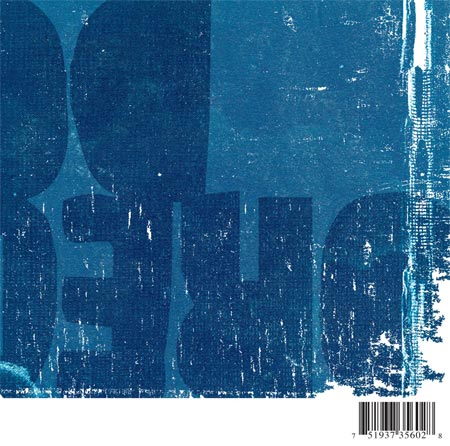 Seattle-based band The Oregon Donor comes out swinging on their sophomore LP, A Pageant’s End. With the fury of a popular hometown band on the rise, the band took what was interesting about their debut Somethings and ramped it up a notch. Even more technical, with well-balanced instrumentals and good baselines, it comes across as more tasteful and less noodley than their previous effort. Without having to sacrifice their musical gravitas, The Oregon Donor have made a more accessible record — an art that comes with more years of practice then they had on their first effort. They have shed their nerd clothing for a (relatively) more seasoned rock n’ roll outfit. Not only are they using prog-rock influences such as Don Caballero and early Dischord bands that they grew up on, but they seem to have thrown a little Radiohead and the like into the mix. It is important to note that the progression is more subtle than most jumps from album one to album two; it takes repeated listens to appreciate what The Oregon Donor have accomplished with A Pageant’s End.

Along with this positive change comes one weak spot: the slower the tracks, the more ballad-y (and more painful) the vocals. They tend towards whiney, especially in the opener, “Pageant (We Begin).” It all sounds too melodramatic, but luckily, this is NOT a constant throughout the album. (Another to avoid if you’re not into the verging on ballads is “In Dogs We Trust”.)

The more upbeat and energetic the songs are, and the less they attempt to be grandiose, the better. Take, for example, the second track “Hostages,” with has a good mix of intricate guitar work and heavy drums. The vocals are in shorter bursts and there is more shouting, and this is what works best for The Oregon Donor. The last thing the world needs is another rock band with radio-friendly vocal whines hitting the airwaves.

The constant standout feature on this record, and something they improved on greatly from their debut, is the technical mixture of the instrumentals and how well they balance that with the vocals. They are working towards a very honed skill, where the vocals intertwine so well with the music that they almost function as another instrument. The best examples of this come early on, in two of the best tracks, “Morse Code” and “I.C.B.Y.B.F.” This band is almost unstoppable when it comes to the guitar harmonies (see “Changes”) and this is so impressive that one is willing to forgive their vocal missteps (“Camera”).

This record is very much a step in the right direction for The Oregon Donor. As they move out of their awkward “nerdy” prog stage and into their more advanced adolescence, the sky is the limit, and it is hopefully a gateway to a more widespread audience.