Femininity Through A Crosshair. 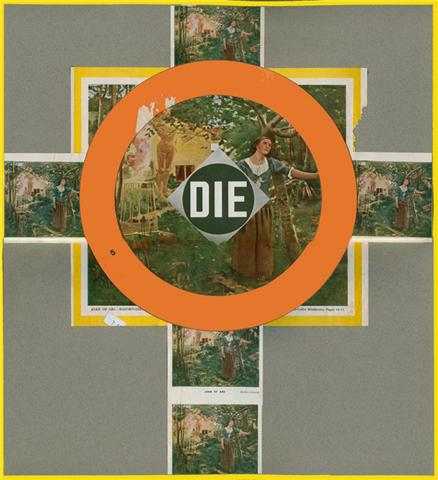 With her newest series, The Babe In The Target coming on display at Augen Gallery (716 NW Davis, Portland, Oregon) this June, Eva Lake uses photo montages and collage to explore the role of strong women in not only society, but history. Targets, circles, and women are recurring images throughout the series, but there is a surprising amount of diversity despite those constants. 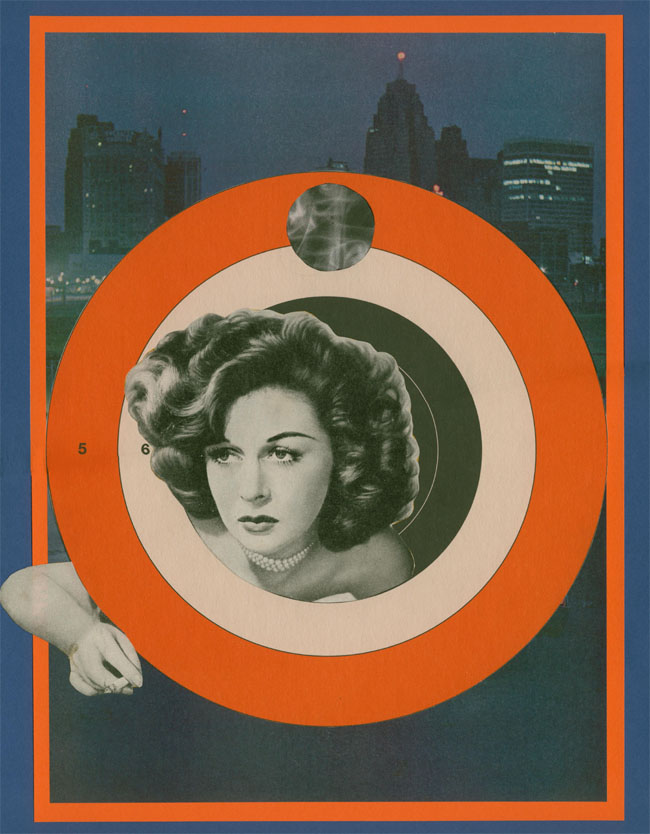 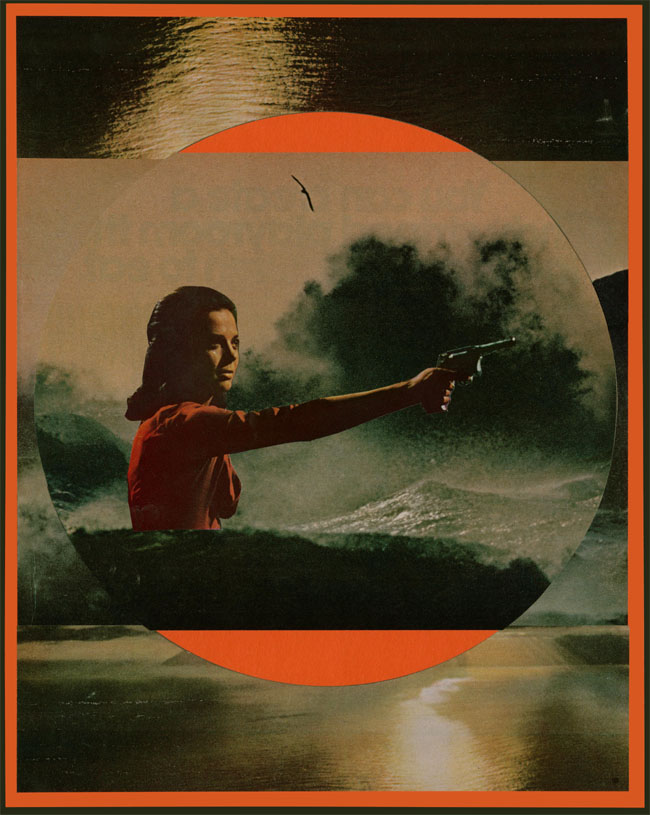 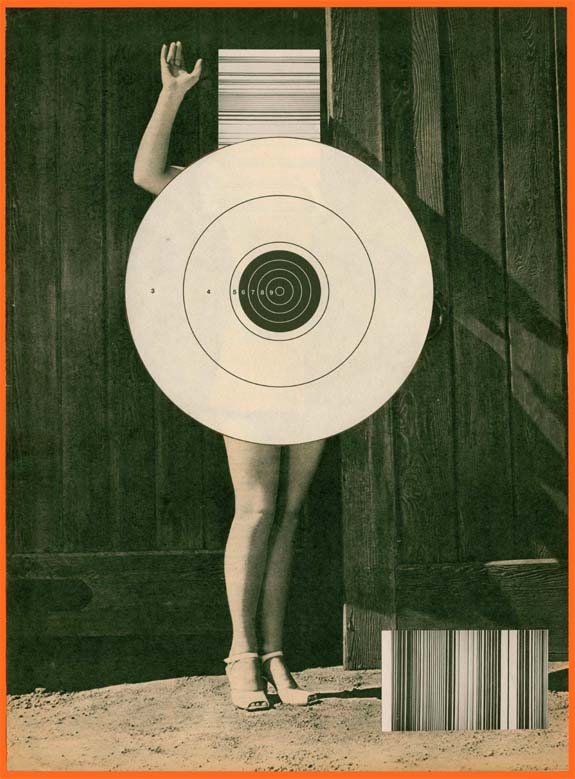 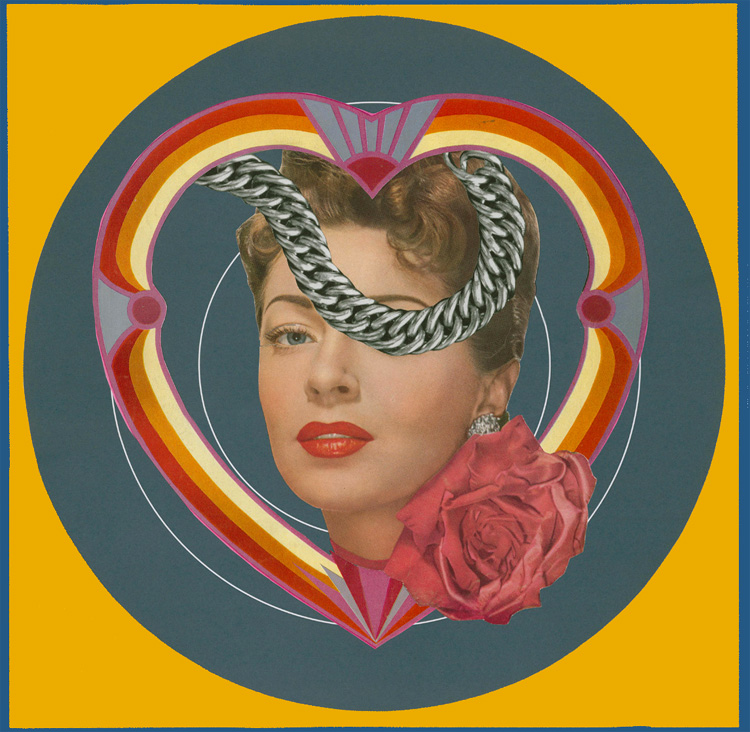 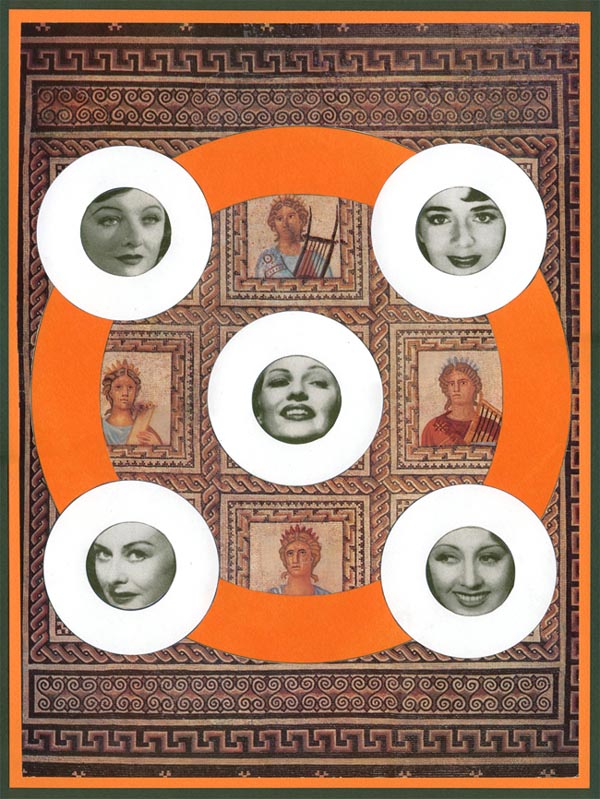 Check out her artist statement:

“By the time I was thirteen, I was firmly entrenched in the worldwide craze of ‘nostalgia’ – especially anything to do with the beautiful and complex women of Hollywood and the fashion industry. At the same time I was brought up by a woman artist who loved cosmetics and glamour. All of these things fed into my idea of what a woman artist’s life was like – she makes objects but she’s also the object. The conversation is as much about her, her body, how she looks and how sexy she is – as it is her work.

A high school friend introduced me to Pop and Interview when I was a freshman in high school (1970). Eventually I learned about Jasper Johns and the target. This friend would also take me to the Ashland Police Rifle Range, where we would steal the shooting practice targets. From then on, throughout 40 years of making montages, the target continued to resurface in my work. Now I am doing what was in the back of my mind from nearly the start – focusing completely on both “The Babe” and the target.

I am also maintaining a conversation with art history, citing artists like Delacroix, Fontana, Riley, Davis, Warhol, Hamilton, Gene Davis and John Chamberlain, as well as ‘art throughout the ages.’ The goddess of ancient art history collides with our modern day version. And the back-story of these individual women is important – their power and their very public story, their status as complex objects of adoration as they live through tragedy and triumph. Their power lies in the fact that they were not just beautiful but were also people who worked for every dime and newsflash.