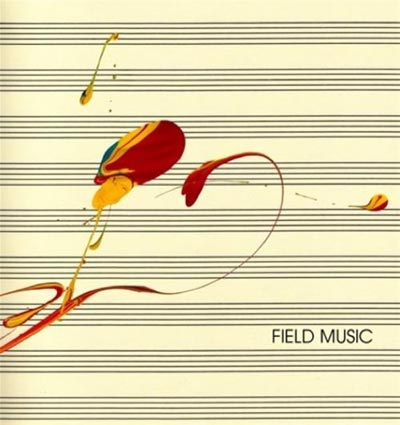 After a few years’ hiatus, Sunderland’s Field Music are back with an album — and a double one, at that. This was not the typical hiatus, as the two founding members of the band released solo records during that period, with David Brewis recording as School Of Language and Peter Brewis as The Week That Was. Both musicians’ records were filled with quirky pop gems — the former quirkier and more distorted, and the latter more spacious and arty. Both records were supposedly a departure from the “Field Music indie band” that they felt so confined in. Now back under their original moniker, the two brothers have recorded Measure, which will remind a listener more of a Queen album than something that resembles The Futureheads.

While previous Field Music albums have tended towards immediacy and concise pop songs, Measure is incredibly expansive, containing everything from the standout bluesy riffage of “Each Time Is A New Time” to the drawn-out dynamic piano intro and intense vocal harmonies of “Curves Of The Needle.” It’s very difficult to keep a listener’s attention and interest for a full double album (even The White Album falls short at times), but Measure takes an admirable stab at it. Not unlike other albums of its length, it does wax and wane. All of the songs are well-crafted and worth a listen, but it sure does feel like running a marathon if you try and listen to them all at once.

The very public goal in recording this album was to break free of the typical “indie band” sound, and Field Music do just that with Measure. Many of the tracks feel like a combination of classical rock elements mixed with quirky pop jams. The record has very dynamic and spacious highs and lows, which past Field Music haters will find a welcome change. Overall, this album serves as an inspired comeback for a prolific band, if you have the stamina and time to appreciate it.

Written by
Add comment
Crime In Stereo – I Was Trying To Describe You To Someone Album Review
Defeater Band Interview
wpDiscuz
0
0
Would love your thoughts, please comment.x
()
x
| Reply